The Book of Common Prayer (1662) is one of the most beloved liturgical texts in the Christian church, and remains a definitive expression of Anglican identity today. But the classic text of the 1662 prayer book presents several difficulties for contemporary users, especially those outside the Church of England.

The 1662 Book of Common Prayer: International Edition gently updates the text for contemporary use. State prayers of England have been replaced with prayers that can be used regardless of nation or polity. Obscure words and phrases have been modestly revised—but always with a view towards preserving the prayer book's own cadence. Finally, a selection of treasured prayers from later Anglican tradition has been appended.

As a church leader, you probably have questions about the nature of the updates and changes within this edition. Will the international edition be a good fit for your congregation? Browse this page to get answers to your questions and to download numerous free resources and extra materials to go alongside the book. You can also ask the editors a question and they will add their response to this page. 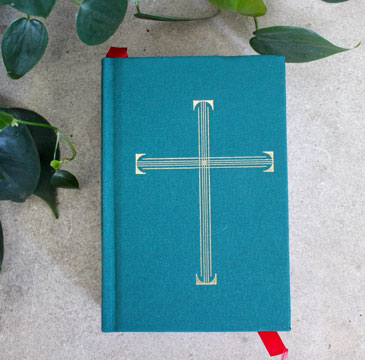 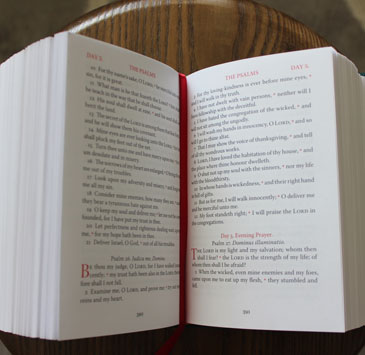 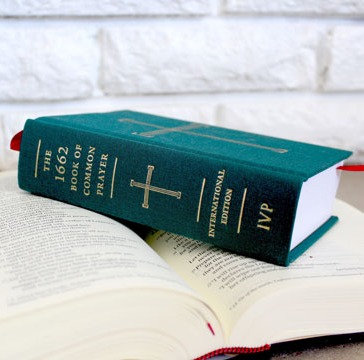 Want to learn more about this new international edition of The 1662 Book of Common Prayer? Read below for answers to common questions from editors Samuel L. Bray and Drew N. Keane.

The Book of Common Prayer is a volume that provides a framework for prayer, worship, and reading through the Bible, whether at church or at home. It is a much-loved treasure of the expression of Christianity known as Anglicanism. While there are many different books that bear the name, the 1662 revision is the "classic" Book of Common Prayer.

What did you change about the 1662 Book of Common Prayer for the International Edition (IE)?

First, we used prayers for civil leaders and government that are suitable for any nation or constitution. That's a change from the 1662 because it has prayers for the Queen and royal family (though we did keep those prayers, putting them in other parts of the book, so they can be used in British Commonwealth nations).

Second, we updated punctuation and spelling throughout. We revised some particularly obsolete words, or words whose meaning has changed, but we made sure to keep intact the prayer book's distinctive "voice," which is one of its strengths. Here you will find a complete list of changes to the spoken text of the 1662.

Our goal was to make The 1662 Book of Common Prayer (International Edition) as user-friendly as possible for people outside of England without diminishing its doctrinal clarity or compelling language.

What if I'm new to the Book of Common Prayer—what should I read first?

A good place to begin is with Morning Prayer. One of the additional resources on this page is a Companion to Morning Prayer, which will walk you through the service and answer questions you might have about it.

Why does the prayer book have old language?

The IE does include modest updates to the language of the 1662 Book of Common Prayer. And a glossary is included at the back of the IE for any words that might be unfamiliar.

Most of the language in the prayer book is old. But it isn't complicated like Shakespeare. Instead, the words of the prayer book have an extraordinary simplicity and gravity. They are as straightforward and timeless as "to have and to hold," "till death us do part." And many have found these words sustaining and nourishing. In The Book of Common Prayer: A Biography, Alan Jacobs notes the impact of the language on Dr. Samuel Johnson:

"The sonorous cadences, the elegant repetitions and antitheses, of [the Book of Common Prayer] may strike some as cold . . . . Johnson, however, did not need his heart warmed, but rather his racing mind calmed. For him, and for many who have felt themselves at the mercy of chaotic forces from within or without, the style of the prayer book has healing powers. It provides equitable balance when we ourselves have none" (pp. 104-105).

Are the readings in the Communion service different from those in other Anglican prayer books?

The readings at Communion in the 1662 Book of Common Prayer (that is, the epistle and the gospel) are ones that were read in the Western Church for centuries both before and after the Reformation. These same readings, with minor variations, are used in other traditional prayer books, such as the 1928 Book of Common Prayer of the Episcopal Church and the 1962 Book of Common Prayer of the Anglican Church of Canada. (View this table showing those minor variations between the Communion readings in the 1662 IE, 1928, and 1962 prayer books.) This ancient annual cycle of Communion readings is not used in the most recent prayer books, which instead use a three-year cycle based on the 1969 Ordo Lectionum Missae of the Roman Catholic Church.

Does the IE use gender-inclusive language for human beings or God?

The IE features only very modest updates to the language of the 1662, so it does not use gender-inclusive language. Our goal was not to propose new language, but to provide a user-friendly edition of the classic text of the 1662 for those around the world today who wish to use it.

A lot has changed since 1662—can the services be adapted to modern use?

The IE provides two appendices that help with adapting the 1662 for modern use.

First, the IE has an appendix of additional prayers that draws from the resources of post-1662 Anglicanism. This appendix provides a greater number of occasional prayers than are in the 1662.

Second, we provide an appendix of additional rubrics. Rubrics (distinguished in this edition by red text) are the instructions for implementing services. As these services have been used day in and day out in the centuries since 1662, customs have emerged that either answer questions the 1662 leaves unanswered or address exigencies unanticipated in the seventeenth century. Many of these customs are reflected in the rubrics of later revisions of the Book of Common Prayer, from which the rubrics in this appendix have been adapted.

Additional resources helpful for implementing these services in church today are provided on this page. There is a liturgical index of hymns, which offers one or two suggestions corresponding to the readings assigned in the 1662 for every Sunday and other holy day. A larger format for the Holy Communion service has been provided, which can be printed for use by the minister presiding at the table. Sheet-music of Anglican chant settings of the Venite and Te Deum is also provided (because the 1662 text of these differs from the text in US hymnals).

Do you include any prayers written after 1662?

We do. The development of Anglican prayer books didn't stop in 1662, and there are some prayers that you might miss if using the 1662. The appendix of additional prayers is drawn mostly from later prayer books from around the world—including editions of the Book of Common Prayer in Canada, England, Ireland, Japan, Kenya, Nigeria, Scotland, South Africa, South India, Uganda, the United States, and the West Indies.

What is the daily office lectionary (Bible reading plan) in the IE?

The IE presents unchanged the daily office lectionary from the 1662 Book of Common Prayer. The core of this Bible reading plan is called "the Table of Lessons." This table provides two readings, the first from the Old Testament (or the Apocrypha) and the second from the New Testament, for each morning and evening. The advantages of this reading plan are its incredible simplicity and ease of use, because it is keyed to the civil calendar (January to December), and each reading is usually just the next chapter in order. If you use this reading plan, you will cover a lot of Scripture—each year you would read nearly all of the Old Testament and you read almost all of the New Testament three times. You would also read large swathes of the Apocrypha.

Some people prefer to follow the church calendar (Advent to Trinitytide) in their reading plan. That's why we've included an appendix with a daily office lectionary that follows the church calendar. It is the Church of England's 1961 daily office lectionary (which was a refinement of the Church of England's 1922 Revised Table of Lessons).

Is the IE authorized for use in public worship?

As a general matter in the Anglican Communion, the "The Book of Common Prayer 1662 is the normative standard for liturgy." That quote is from Principle 55(1) of The Principles of Canon Law Common to the Churches of the Anglican Communion (Anglican Communion Office, 2008). But the answer to this question will differ from church to church. Different Anglican jurisdictions have different means by which texts are authorized for use in public worship.

In the Episcopal Church (USA), a diocesan bishop may authorize a congregation to use the 1662 IE as an alternative to the 1979 Book of Common Prayer under the terms of Resolution A068 of the 2018 General Convention, which authorizes "experimentation and the creation of alternative texts to offer to the wider church" under the supervision of the diocesan bishop. For the Communion service specifically, the 1662 rite may be used in place of the 1979 rite under the terms of 2015 Resolution D050.

In the Anglican Church in North America, diocesan bishops have oversight of the liturgies used within their jurisdictions (Canon 2 of the Constitution and Canons). According to the same canon, the 1662 Book of Common Prayer is one of the prayer books that "shall be permitted for use in this Church," and it is the prayer book identified as the "standard" for Anglican doctrine, discipline, and worship.

Are musical settings of the canticles and other parts of the service available?

For canticles and other commonly sung portions of the services, the text of the IE is almost entirely identical to the text of the 1662. Thus the settings found in traditional Anglican hymnals can be used with minimal modification. For those familiar with the US 1928 prayer book, the largest textual difference from the 1662 is found in the Venite and Te Deum in Morning Prayer. Included in the additional resources on this page are settings of the Venite and Te Deum pointed by Christopher Hoyt, the editor of the Book of Common Praise (2017). Also included in the additional resources is an index of hymns that fit the proper lessons, epistles, and gospels in the 1662 IE.

Is a service edition available?

Not at this time. A large-format version of the Holy Communion service is available as a PDF. If you have questions or need other resources, please reach out to the editors using the form on this page.

What are the physical dimensions and weight of the book? Will it include a ribbon marker?

The dimensions of the prayer book are 4.3 x 1.7 x 6.3 inches and it weighs 1.2 pounds. Its size is perfect for personal or congregation use. The book includes a single red ribbon marker.

Have a question about the International Edition of The 1662 Book of Common Prayer?
Fill out this form to ask the editors, and they will add answers to this page! 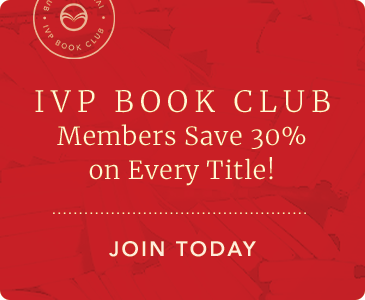 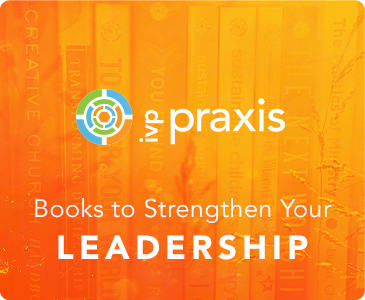 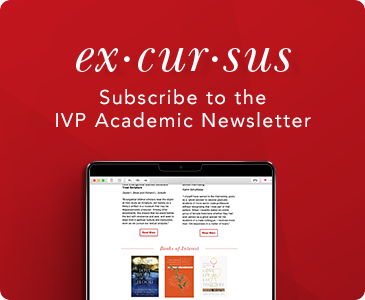