These daily online studies are adapted from our Quiet Time Bible Guide. The studies go through the Old and New Testaments in just over two years. The approach taken by our quiet time Bible studies does not include answers. The goal of the study is to help you dig into Scripture for yourself. You can go deeper using a commentary, Bible background guide or Bible handbook.

For more context before you begin studying, read this introduction to the book of Daniel.

God gave Daniel the unique opportunity of looking at the future. But in chapter 8 that future gets very personal. The first seven chapters stressed the destinies of the Gentile world powers. In chapters 8-12, the emphasis is on the destiny of Israel.

Warming Up to God

Reflect on the current state of your country. What aspects of your nation's future concern you? Take time right now to pray for the future of your nation.

Ask God to make his ways known to you as you seek to understand who he is and how he works in the world. 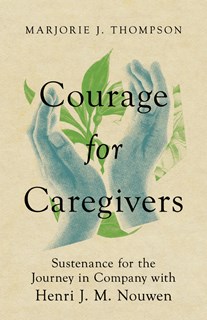 Drawing on the writings and wisdom of Henri Nouwen and her own many years of caregiving, this vulnerable exploration of caregiving celebrates the gifts of caregiving grounded in the belovedness of caregiver and care receiver in God's eyes without shying away from its physical, emotional, and spiritual challenges.