2 Simple Ways to Revitalize Your Church with Group Prayer

By Carolyn Carney, Author of The Power of Group Prayer 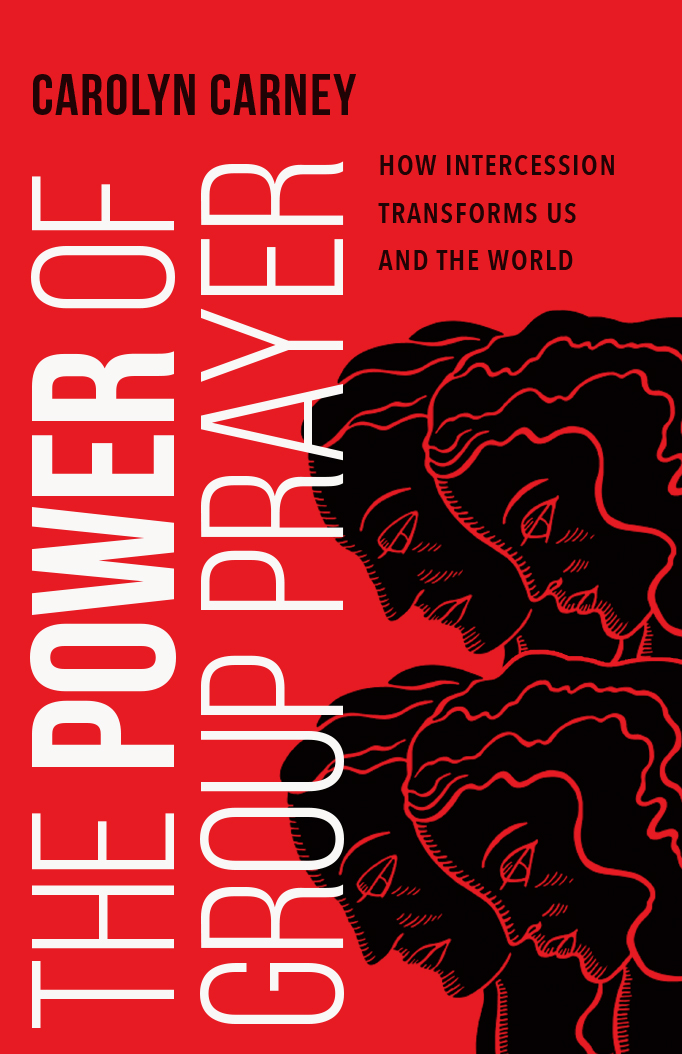 Unless you've been living on a deserted island, you probably know the church has taken a hit. Attendance is down. Elders are meeting God in creation. And many pastors are weary, at loose ends, or leaving ministry altogether. The pandemic, online church, the battle over masks, vaccines, which lives matter, and political differences have left us all weary and disheartened. How can we muster the energy to roll out an enticing new program this fall?

But the beauty of the gospel is that there is always a remnant. A mustard seed. A widow's mite. The word from Scripture is not to trust in the strong and mighty (horses and chariots) but to trust in the name of the Lord our God (Psalm 20:7). God will win the day. Just read Revelation. God is about making all things new. And he will work through us—his ambassadors and handmaidens—to establish his glorious kingdom.

But how? What is our part? The hopeful among us may ask, in the words of the beloved yet beleaguered Dr. Max Goodwin on the TV show New Amsterdam, "How can I help?"

We often start with a strategic plan. Churches tend to follow the academic calendar, so when kids head back to school, churches kick off their programs. My guess is that this September, with society choosing to live with the presence of Covid-19 and all its variants, we will see big plans and nuanced programs at churches to entice people back and meet the varied needs in the congregation and community.

I have a different suggestion: maybe we should pray.

Praying is rebelling against the status quo, says David Wells in his 1979 Christianity Today article "Prayer: Rebelling Against the Status Quo: Are We Angry Enough to Pray?" In essence the nature of prayer is to say, "The way things are right now in the world is not the way they should be. This is not right! I believe God not only wants to do something about this, but he has the power to! So, I'm going to ask him." Imagine what our prayers would sound like if we really prayed from that perspective!

Think about these things and imagine what God might want to do: mass shootings, poverty, political difference, fear, racism, social anxiety, ageism.

If we don't learn from the church in the Southern Hemisphere (which is growing exponentially), we should learn from history. Planning can be helpful. But planning without praying is self-absorbed. When we spend the bulk of our time prayerlessly planning, we become too enamored with our reputation, and we lose sight of whose name we are doing this in. We are trusting in horses and chariots.

A Vibrant History of Prayer-Led Revivals

"History is silent about revivals that did not begin with prayer," famously said J. Edwin Orr, the church and revival historian, quoted in 20/20 Vision for America by Chris Lascelles. After the victory in the American Revolution, a great spiritual malaise fell over the country, Orr explains. While the history books talk of the hard-fought independence and the beginnings of a new nation, few tell the sordid story of the kind of people we became after the victory. Whether citizens were reeling from the death and toll of war in their families and backyards, or whether the religious freedom that had supposedly driven many European families to the New World had drifted to become a "freedom from religion," attendance at churches across the thirteen states was dwindling. Some denominations were talking of merging. Drunkenness was all the rage, as were robberies. Pete Grieg and Dave Roberts write in Red Moon Rising, things were so bad that "the Chief Justice of the United States, John Marshall, wrote to the Bishop of Virginia, James Madison, that the Church 'was too far gone ever to be redeemed.' Tom Paine echoed, 'Christianity will be forgotten in thirty years.'"

I find these words a bit chilling as I think about the growing number of mass shootings happening now in our land and the attendance in churches dwindling, and I consider what the status of Christianity will be in thirty years.

However, as I read history, I am aware that a great awakening occurred after the American Revolution. A groundswell of prayer on both sides of the Atlantic led to repentance and categorical renewal in churches, with dramatic conversions in the multitudes. Great social changes were spawned, such as the abolition of slavery in Britain, led by William Wilberforce. Churches were united in prayer across their differences.

Another awakening happened about eighty years later during a time of great economic insecurity and turmoil. J. Edwin Orr, in his book The Second Evangelical Awakening, describes how, as before, this awakening began in a humble movement of prayer. It started in New York City by a former businessman, Jeremiah Lanphier, who was hired by a church to help bring more people from the community into church.

The church made a plan. They hired someone. After weeks of little success, Lanphier turned to the practice that brought his consolation: prayer. He put up signs and handed out fliers, inviting businessmen to join him for a noon prayer meeting. By return-on-investment standards, his first outing was a smashing failure: only six men came from a few different churches. But they were undaunted and committed to coming the next week. The next week there were more. The week after that there were still more. Soon they needed to move to a bigger venue. And this movement spread to Philadelphia, Richmond, Washington, DC, Boston, St. Louis, Charleston, Pittsburgh, New Orleans, and other places.

Our Role in God's Plan

If we want change to happen, we must pray. It strikes me that the disciples did not ask Jesus to teach them how to heal or cast out demons, or to preach a three-point sermon, or to create a socially relevant worship service. But they did ask him to teach them how to pray. Although these were men steeped in the Psalms, they wanted to know how to pray like Jesus prayed.

Why do we spend so much time and effort in planning a worship service and so little, if any, on prayer? Or an outreach event?

God has chosen us as the link to his activity in this world. God desires and has chosen to need our prayers in order to release his will on earth. God asks us to "stand in the gap" and pray. Throughout Scripture the Lord reminds us if we pray according to his will, then he will answer. Abraham, Moses, Elijah, Daniel, David, and numerous others prayed fervently to the Lord for God to release or restrict something. As a result of their intercession, divine plans were altered (Genesis 18:23-33 [Abraham interceding for Sodom]; Exodus 32:9-14 [Moses intervening on behalf of Hebrews after the golden calf]; 2 Kings 20:2-11 [Hezekiah asks the Lord for mercy and to live longer]) and prayers were answered.

Let me focus on two simple ways to build prayer in your church. These are not necessarily new items to add to the program but rather to intentionally integrate into existing traditions.

Before I get to those two suggestions, let me first introduce a means of praying together that I believe can help. It's called praying in agreement. This is like constructing a paragraph aloud in a group. I might start and pray a couple of sentences. The next person is struck by something I prayed and continues the conversation with God by taking my idea and expanding it a bit. Then the next person prays and does similarly. And so on. After a pause, a new topic is introduced.

Praying like this prevents what often happens at prayer meetings I've been to when one person drones on and on, or when I'm so concerned with how I sound when I pray aloud that I am making up my prayer in my head and not listening to what is being prayed by others. Praying in agreement is actually praying together. I highly recommend it.

2 Simple Ways to Build Prayer in Your Church

1. Consider pre-service intercession on Sunday morning or whenever it is that you meet during the week to worship God. Identify the stalwart pray-ers in your congregation. Who are the people who hope and dream and have faith that God is at work? I recommend starting with at least three. Pinpoint a leader. Personally invite the intercession team to arrive about forty-five minutes before the service to pray for God's will to be done, for his kingdom to come, for his glory to be revealed during the service. Give them a space to pray, give them your sermon title, have them pray into the church's mission statement. These should not be people who are responsible for anything during the service. They are there to pray ahead of time for the move of the Holy Spirit in the service. Ask them to listen for a word from God, and then be receptive to what they tell you.

2. Give more prayer direction to your small groups or house churches. Either give each group a different focus, such as a geographic area of your community or a segment of your mission statement, or have them all focus on the same vision. Your choice. Invite them to consider spending a quarter of their total time together praying. So, if they meet for ninety minutes, then have them spend at least twenty-two and a half minutes interceding. Have them take some time to listen to God. Perhaps he wants to infuse their prayers with a Scripture verse or an image. Encourage them to use short sentences when praying, adding to what the previous person has prayed. Long, drawn-out prayers kill the energy in a group. This is not a time to pray about personal needs—that should be done elsewhere. This is a time of corporate prayer focused on one thing. Have groups report in occasionally and communicate to the congregation the gist of what God is saying.

During the early months of the pandemic, I reached out to a couple of friends from church via phone. At first it was just to check in on these older women who lived alone. Soon the four of us began interceding together weekly, for our church, our city, the pandemic, the sick, the health care workers, the essential workers, and so on. It was not only a lifeline, but we saw God at work. It boosted our faith and opened our eyes to see God at work all around us. Praying together has a way of doing that.

How is God inviting you in this upcoming season to deepen your trust in his name alone? 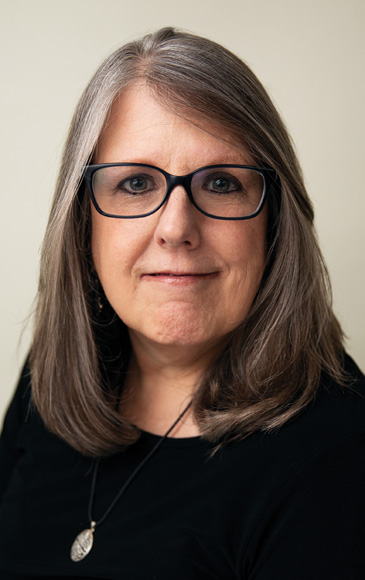 Carolyn Carney is the national director of spiritual formation for InterVarsity Christian Fellowship. She has a master of arts in spiritual formation and leadership from Spring Arbor University and serves as a spiritual director and retreat leader. She has led prayer groups and intercessory prayer training for more than thirty-five years. Carolyn lives in Jersey City, New Jersey, with her husband, David, and their exceptional dog, Keeley.