InterVarsity Press (IVP) is pleased to welcome Ed Gilbreath onto its staff in the newly created position of executive editor. 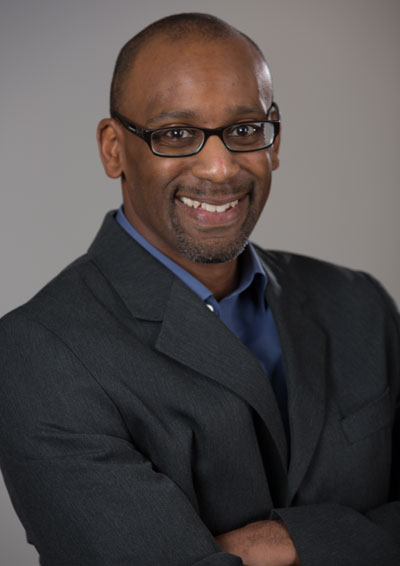 Gilbreath, who is also an IVP author of two books, Reconciliation Blues and Birmingham Revolution, most recently served as the executive director of communications for the Evangelical Covenant Church. In that role, he led efforts to redesign and relaunch their ninety-year-old magazine, The Covenant Companion, which has since won numerous accolades, including the Evangelical Press Association’s “Best Denominational Magazine” and the Associated Church Press’s “Best in Class” award.

“I have known Ed Gilbreath throughout the majority of my tenure at InterVarsity Press in his roles as an editor, journalist, author, and business executive,” said Jeff Crosby, IVP publisher. “In each of those spheres, I have admired his keen ability to spot important and timely content, develop writers, and shape their messages in ways that exhort, encourage, challenge, and inform readers. I’m delighted to welcome Ed onto the InterVarsity Press team and look forward to years of fruitful work together.”

Gilbreath was an editor with Christianity Today International from 1999 to 2007, where he wrote and edited award-winning stories for their print and online platforms, helped lead the rebranding of Today’s Christian, and served on a publishing task force for broader planning.

Additionally, Gilbreath founded urbanfaith.com while serving as senior director of communications and digital media with Urban Ministries, Inc. As such, he provided an underserved audience in the evangelical space with Christian news and commentary from a uniquely diverse perspective. While at Urban Ministries, he cultivated new and diverse Christian voices as contributors, expanded the site traffic, and won the first place prize for digital publications from the Evangelical Press Association.

“I’ve gotten to know Ed Gilbreath over the years as the editor for his two excellent IVP books,” said Cindy Bunch, associate publisher for editorial. “His careful work, elegant and reflective writing, and wide range of reading and research interests have prompted me to think that Ed has the makings of an excellent book editor.”

In this newly formed position of executive editor, Gilbreath will work alongside Bunch and IVP’s editorial team on acquisitions and development, leaning into spaces that promote diversity of authors and readers.

“Drawing on his journalistic background, Ed will be acquiring and developing a range of trade books for us,” Bunch continued. “He will provide some added leadership within the editorial department. His influence will also extend beyond the department as he works on some of IVP’s strategic plan projects, including expanding our marketing initiatives with African American audiences.”

“I’ve long admired IVP’s commitment to thoughtful, biblically rooted books from a diversity of Christian voices,” Gilbreath said. “It was a privilege to become an IVP author a decade ago, and now I’m thrilled by the opportunity to join this great team at a time when the church and society are eager to engage with IVP’s life-changing content like never before.”