Legendary singer-songwriter and IVP author Garth Hewitt will be touring the United States April 29 through May 17. He will be performing and speaking in Tennessee, North Carolina and New Mexico. Hewitt is the author of Occupied Territories: The Revolution of Love from Bethlehem to the Ends of the Earth. 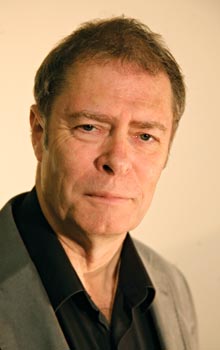 Known as a "prophet" for justice, Hewitt has spent his entire adult life singing about justice and working to bring justice to the world. Hewitt, a troubadour, gospel singer and protest singer, has released nearly forty albums in his storied forty-year music career. The author of ten books on spirituality, social justice and the arts, Garth passionately believes that it is time for people of all faiths to speak up and call for justice, especially for communities in developing or volatile nations.

"Through both song and written word, Garth Hewitt has long been a herald for the pursuit of justice, reconciliation and Christian discipleship as a three-braided cord that people of faith should aspire to if they want to live as Jesus did," said Jeff Crosby, IVP's associate publisher and director of sales and marketing. "I'm delighted to be working with Garth, the Garth Hewitt Foundation and Amos Trust on this series of events that will draw attention to the revolution of love that is needed in Bethlehem and to the ends of the earth."

In 1985, Garth founded Amos Trustto raise awareness of the situations of injustice he had witnessed on his travels. Many of the communities and situations he visited had never received any international attention or coverage, so Amos Trust was set up to tell their stories. Amos Trust promotes justice and hope for forgotten communities by partnering with local projects around the world to provide support, raise awareness and lobby for change. These projects include work with street children in South Africa, promotion of human rights and sustainable communities for Dalits in rural India, community development and education provision in Nicaragua, and working toward peace and reconciliation in Palestine and Israel. 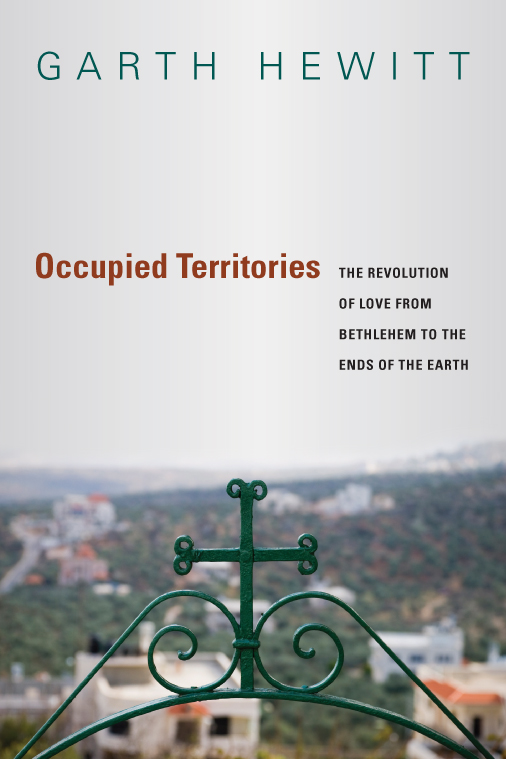 In Occupied Territories, Hewitt recounts stories from a network of community projects around the world to raise awareness of and provide support for those working toward liberation, and to address the root causes of injustice and poverty. Gary Burge, author of Jesus and the Land and A Week in the Life of a Roman Centurion, said, "Garth Hewitt has been aptly named a 'folk theologian,' and perhaps this book is a perfect illustration of it. After years of looking at the conflict in Israel-Palestine, Garth provides a personal, passionate and honest examination of the way forward that Christians need to understand. Here you will meet many of the leading Christian voices within this struggle as well as the most important Palestinian Christian cry—Kairos Palestine—which expresses the same appeal we heard in South Africa in the 1980s. Well done, Garth. If both sides had voices like yours, this conflict would have ended long ago."

In addition to touring for his musical career and his international advocacy for the underprivileged, for over twenty-five years Garth served on the board of directors for the Greenbelt Festival, a British arts festival with a commitment to social justice that is now attended annually by over 25,000 people. He is a canon of St George's Anglican Cathedral in Jerusalem, and associate priest of St. Clement's Eastcheap in London. He is also a patron of the Palestine Solidarity Campaign and a regular contributor to BBC Radio 2's Pause for Thought.

The dates and locations for Hewitt’s US tour are:

Visit garthhewitt.org for more information about his work and the US tour. Find out more about Amos Trust at amostrust.org.