Academics, the media and diplomats are turning to Os Guinness, a prominent social critic and author of The Global Public Square: Religious Freedom and the Making of a World Safe for Diversity, for his insights into one of the most pressing issues of our time—religious expression and tolerance. On September 10 Guinness was the featured guest for "On Topic with Ken Starr" at Baylor University, which will air on C-SPAN'S "Book TV" in early October. Guinness will also be the featured speaker at the International Prayer Breakfast for the opening day of the United Nations General Assembly in New York City on Tuesday, September 17.

The underlying message from Guinness during the "On Topic" session was that the declining importance of religious freedom and civic education in society is a reflection of the decline of society as a whole. Guinness explained to the Waco Hall audience that the nation's founding values have allowed the United States to be a leader in allowing religious conversation of all sorts in public forums, but that the growing emphasis on a strict separation of church and state is weakening that leadership role.

"We were delighted to have Dr. Os Guinness at Baylor University for an active, thoughtful and inspiring conversation," said Starr. "Dr. Guinness has put before the nation, and the entire world, a critical question for our times: How do people of good faith—and no faith—live together in the face of their profound differences? Dr. Guinness reminds us of the deep need to restore a culture of respect for the great variety of competing perspectives and to welcome different voices into the conversation. This idea is millennia old, but in our modern age, it is as if much of the world has forgotten the importance of respectful dialogue. We were honored to hear from Dr. Os Guinness as he spoke about a 'constructive vision for a better way' and the essential values that must endure if we are to realize the vision of a true global public square." 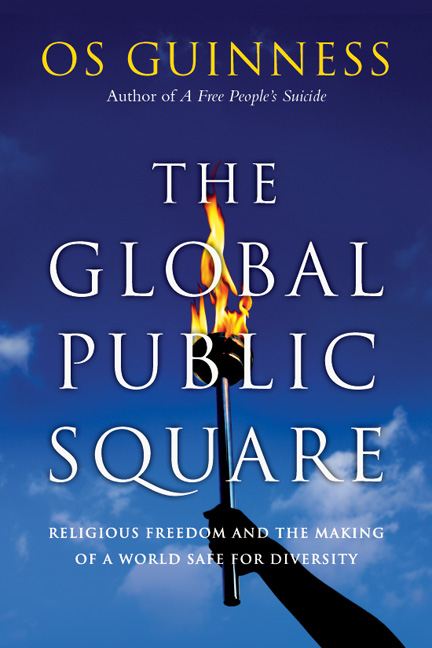 On Tuesday Guinness will be the keynote speaker for the 28th Annual International Prayer Breakfast. He will address nearly two hundred ambassadors, diplomats and executives from the United Nations Secretariat. John Austin, executive director of the Christian Embassy, which hosts the gathering, said that when he heard about the September release of The Global Public Square, he knew that freedom of expression should be the topic for the prayer breakfast and that Guinness should be the spokesperson.

"There have been various efforts over the past few decades to address the topic of religious expression and tolerance," Austin said. "I believe the time is right and the issue of such importance that Dr. Guinness's insights could raise the discussion to a whole new level, and that world leaders might honestly grapple with the question: How do we live together with our deepest differences? I know of no one better qualified to address this timely issue."

Guinness has written or edited more than twenty-five books. The Global Public Square, his newest book, presents the case for the necessary freedom of religion for all people that would help individuals, people groups and nations worldwide live in harmony amidst the sectarian violence found in so many pockets of the world today.

"Os Guinness has long been a perceptive observer of culture, and he has long been quite influential as a wise sage and role model for thoughtful Christians and citizens at large," said Al Hsu, senior editor of IVP Books. "His global perspective and historical insight always provide astute analysis and hopeful direction. Given the complexities of the world we live in, I'm grateful that Os is helping us all move toward a more civil, peaceful and just society."

Guinness's "On Topic" discussion is available at Baylor.edu/president.