InterVarsity Press has signed James Bryan Smith, author of the bestselling The Good and Beautiful God, to a fifth book project. Scheduled for a spring 2013 release, Hidden in Christ draws on the rich themes of Colossians 3, unpacking the transforming principles of Christ's love. 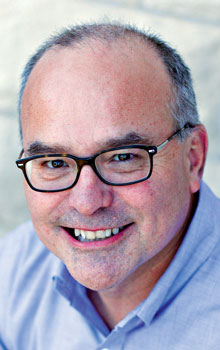 "I had no idea," says Smith, "that simply coming to an understanding of a little phrase like 'with Christ' could revolutionize my life." The word "revolutionary" has also been used to describe Smith's award-winning Apprentice Series, which concluded with The Good and Beautiful Community in August 2010.

InterVarsity Press is eager to partner with Smith again in delivering another thoughtful, quality book for the rising number of readers requesting more of Smith's work.

"We have thoroughly enjoyed our partnership with James Bryan Smith on the Apprentice Series," says Cindy Bunch, associate editorial director at IVP. "It has been incredibly rewarding to hear of the lives that have been changed through these books. This new project is designed to inspire those readers as well as to introduce new readers to Smith's insight. We are thrilled to be publishing it."

Hidden in Christ will comprise thirty short chapters written out of Smith's own transforming experience of studying key phrases from Colossians 3 for several years. It will also be loaded with the kind of transparent, real-life stories for which Smith has become known.

"James Bryan Smith has an uncanny ability to connect with readers in the everydayness of their lives while nourishing the deepest desires of their souls," says Kathryn Helmers of the Creative Trust Literary Group, which handled the sale. "Standing out from the propagation of religious resources feeding a consumer-driven market, he is writing Christian literature in partnership with a publisher that has been building a legacy of Christian literature. Hidden in Christ is likely to find a lasting place on the shelf of classic Christian spirituality."

Learn more about all of James Bryan Smith's books at ivpress.us.

The Good and Beautiful Series

The Good and Beautiful God

The Good and Beautiful Life

The Good and Beautiful Community