InterVarsity Press will launch a multicity tour in an effort to raise awareness about human trafficking in conjunction with the release of its new book God in a Brothel: An Undercover Journey into Sex Trafficking and Rescue. The tour will kick off October 21 in San Francisco and will include stops in Chicago, New York and Washington, D.C. 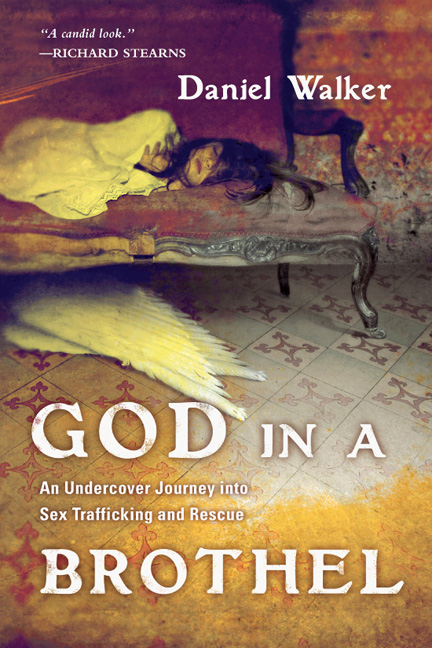 God in a Brothel traces the story of Daniel Walker, a former undercover investigator, as he infiltrated a diffuse criminal underground: the multibillion-dollar global sex industry that stretches from Southeast Asia to Las Vegas. Walker's story, which Christianity Today commends as being set apart from similar books due to its compelling honesty, is a challenge to God's people to join in the battle against human trafficking.

"The need to raise awareness about human trafficking has never been greater," Andrew Bronson, IVP's digital marketing manager, said. "IVP is glad to do its part by helping Daniel Walker tell his story. We want to help motivate people to get involved in the fight against modern-day slavery."

God in a Brothel has garnered positive reviews from publications like Relevant and ForeWord Reviews and has received attention from broadcasts like FOX Chicago and Moody's Midday Connection, both of which will interview Walker during his stay in Chicago.

In addition to print and broadcast interviews, the tour will include events at local churches and universities where participants can hear Walker's firsthand report on the realities of enforced prostitution and the status of rescue efforts around the globe. IVP is pleased to be working in partnership with Compassion International and Hagar International, an organization committed to the recovery and reintegration of victims, to present a holistic picture of how the church can get involved in the fight against slavery.

"Compassion is pleased to partner with Daniel Walker and IVP to help raise awareness for the plight of children who are facing incredible risks every day," Nate Ernsberger, a representative from Compassion, said. "When loving adults take action to sponsor children who are vulnerable to being trafficked, abused and exploited, they provide a community who protects, educates and intervenes. Daniel Walker has been a Compassion sponsor for more than twenty years and has advocated for the ministry many times."

The tour will conclude in Charlotte, North Carolina, with a three-day taping of Walker's journey into sex trafficking by Halogen TV, a socially conscious network whose films and documentaries are available to fourteen million homes across the United States. Walker's story is part of the award winning series Tainted Love that includes in-depth interviews with trafficking experts and victims and stories of modern-day abolitionists. Producer Richard Clark says the series was created with the goal of "bringing the catastrophe of sex trafficking to an end."