InterVarsity Press is pleased to announce that Helen Lee has accepted IVP's recently created director of marketing position. Lee has served as the associate editor for IVP Books and IVP Praxis since 2014 and will officially move from her editorial role on October 3. 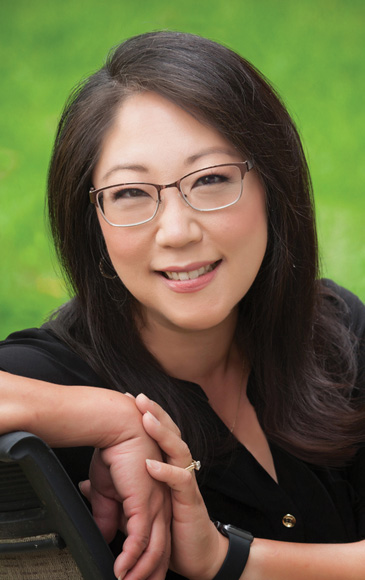 "Though we know Helen as an acquisitions and development editor, she came to us with a varied background educationally and professionally, including launching an internet start-up company, working at Christianity Today, and envisioning the tool that became Best Christian Workplaces," Jeff Crosby, IVP's publisher, said. "As someone said to me in the process, 'Helen has been full of marketing ideas since the day she joined IVP!' She will now get the chance to apply those ideas to our publishing program and work with an excellent team currently in place across academic, general, and Bible study portions of our list."

Lee has more than two decades of experience publishing in the Christian market, beginning with her role as a reporter and then editor at Christianity Today. She is the author of The Missional Mom and the coeditor of and contributor to Growing Healthy Asian American Churches. Lee has won multiple awards from the Evangelical Press Association for her reporting and devotional writing.

Cindy Bunch, IVP's associate publisher, editorial, said, "Helen Lee is an excellent editor with a strong publishing sense, which has been revealed in her ability to work with authors and develop book projects. She has been a great asset to the editorial department at IVP. I look forward to continuing to work with her as she transitions to leading our marketing department."

The new director of marketing position came out of the management reorganization that began in April following Crosby's appointment as publisher. With Crosby's move out of his role as associate publisher and director of sales and marketing, and the retirement of several key leaders at IVP, including former publisher Bob Fryling and Andy Le Peau, associate publisher for editorial, the reorganization was set in motion to fill the voids left by key leaders, to broaden the leadership team's skills and perspectives, and to create a strong management team for a constantly changing publishing industry.

Crosby said that Managing Transitions by William Bridges was a guiding influence for the reorganization: "William Bridges' work on managing transitions and making the most of change was formational to how we approached assessing not only our current organizational needs but longer-range planning," Crosby said. "I'm grateful for the ways in which our leadership team and our entire staff have embraced this time of significant change."

Crosby's former position was divided into the director of marketing and the director of sales roles. Justin Paul Lawrence, previously the academic and library sales manager for IVP, now serves as the director of sales, overseeing the in-house sales team and the Noble Marketing Sales Group. In addition, Andrew Bronson, who has served as the special markets sales manager and digital marketing manager since he joined IVP in 2001, will now lead alongside Lawrence and Lee as the senior marketing manager. Crosby said, "Andrew and Helen have worked very well together cross-departmentally and I look forward to what they and the rest of the marketing team will do together in this new alignment."

Other appointments that have come out of the management reorganization include: