David C. Steinmetz, one of the world's leading Reformation scholars, died last week on the evening of Thanksgiving. He was the Amos Ragan Kearns Distinguished Professor Emeritus of the History of Christianity at Duke Divinity School. An ordained minister in the United Methodist Church, he held degrees from Wheaton College (B.A.), Drew University (B.D.), and Harvard University (Th.D.). He is a former president of the American Society of Church History, which awarded him its Distinguished Career Award in 2010. In 2006, he was elected a Fellow of the American Academy of Arts and Sciences. He was also a member of the editorial advisory board of InterVarsity Press's Reformation Commentary on Scripture (RCS). 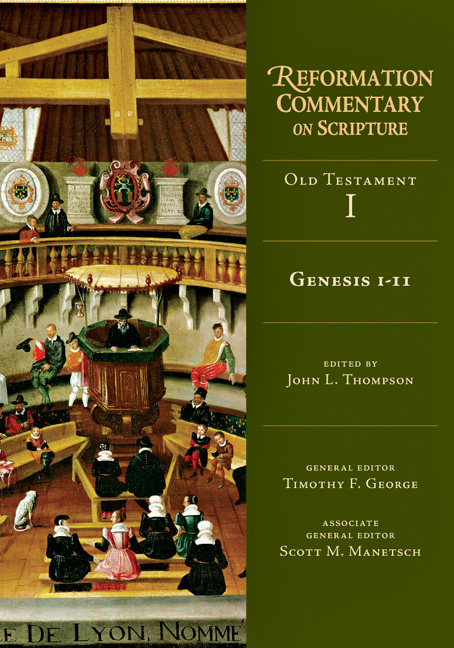 John L. Thompson, who also served on the RCS advisory board and was volume editor for Genesis 1-11 in the series, was a student and friend of Steinmetz. He said, "As one of this generation's pioneers in reviving the study of the history of exegesis, David Steinmetz set a sterling example of careful scholarship, attention to historical context, resistance to easy stereotyping, and respect for the formative influence of Christian history for the church today. His students at every level enjoyed lectures filled with fairness, detail, and good humor. His doctoral students in particular came to form with him bonds of collegiality and common purpose of a sort that would be hard to find elsewhere."

Before he joined the faculty at Duke in 1971, Steinmetz taught at Lancaster Theological Seminary of the United Church of Christ. He was a visiting professor at Harvard and Notre Dame universities as well as the Alonzo L. McDonald Distinguished Professor at Emory University. He also served as a Guggenheim Fellow at Cambridge University and a National Endowment for the Humanities Fellow at the Duke August Library in Wolfenbüttel, Germany. In addition to his work on the RCS Steinmetz was the general editor of the Oxford Studies in Historical Theology since its founding.

Timothy George, the general editor of the RCS, studied with Steinmetz during his doctoral work at Harvard. He commented, "David Steinmetz was flat out the best classroom teacher I have ever had. Blessed with a brilliant mind, he taught with passion and insight and never lost sight of the larger context of the texts and traditions he was so adept at bringing to life.  His 1980 essay 'The Superiority of Pre-critical Exegesis' was a landmark study that alerted a new generation of scholars to the history of biblical exegesis and paved the way for what we call now the theological interpretation of Scripture. When we launched the Reformation Commentary on Scripture several years ago, Steinmetz joined the project as a founding member of our editorial advisory board. It is not too much to say that the RCS would not have been possible without the pioneering work of David Steinmetz. Many of the RCS volume editors were Steinmetz's students and his legacy lives on in the work they and others are doing to advance the scholarly and pastoral reach of sixteenth-century exegetical comment."