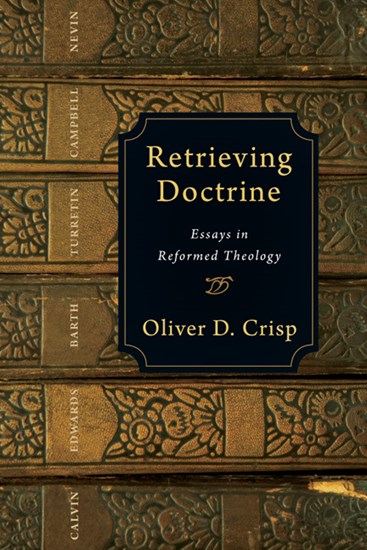 In this volume Oliver Crisp offers a set of essays that analyze the significance and contribution of several great thinkers in the Reformed tradition, ranging from John Calvin and Jonathan Edwards to Karl Barth. Crisp demonstrates how these thinkers navigated pressing theological issues in their historical settings and in what ways contemporary readers can draw important insights from the tradition relevant to current discussions.

"Oliver Crisp has already established himself as one of the smartest theologians of his generation. Setting his analytic tools to work on a handful of the Reformed tradition's brightest lights, Crisp here contributes to our understanding of both them and their subject matter. The result is an eminently clear, incisive book that I heartily commend to anyone interested in Reformed theology."

"A sustained conversation with voices representing the Reformed tradition at its very best. In this series of judicious and illuminating studies, Dr. Crisp looks to the lessons of the past to inform our present-day engagements with some of the core doctrines of Christian faith."

"Analytic theology is sometimes criticized for being both detached from the Christian tradition and insensitive to pastoral concerns. Such criticisms miss the mark entirely with respect to this clear and penetrating study by Oliver Crisp. He engages some of the giants of the Reformed tradition (such stalwarts as Calvin and Turretin as well as Edwards, Barth and other innovators) with precision and grace. The result is a feast of historically informed and pastorally attuned analytic theology that is both informative and edifying."

"Rooted in careful historical scholarship and patient reading of texts, this volume offers a series of explorations on vital themes in the Reformed tradition. This is a lively and important collection that will repay the attention of all those committed to a historically grounded, constructive appropriation of Reformed theology today."

"Elegant and penetrating, these studies of thinkers from the Reformed tradition exemplify the courteous engagement with tradition which characterizes the best constructive theology."

"Oliver Crisp argues here for the ongoing vitality of several diverse Reformed traditions. Yet as this book shows, 'traditional' thinking need not be dry or unimaginative. Indeed, the real energy of Crisp's writing lies in its restrained speculative impulse. He is drawn to the curious, untidy edges of Reformed tradition, the unexplored (or largely forgotten) tensions and problems which the tradition has produced. In the midst of these tensions, Crisp finds new possibilities for contemporary theology. Even where he disagrees with a thinker from the past, his engagement is marked by a friendly attentiveness and a commitment to the ongoing promise of Reformed dogmatics."

"A living Christian theological tradition feeds on itself, revisiting and foraging in the writings of the doctors of the church, some great, some less so. Oliver Crisp once again proves himself to be an admirably informative guide to the Reformed tradition, and generous, firm and fair in his judgments. Retrieving Doctrine will further enhance his reputation as a historically sensitive dogmatic theologian who puts the tools of analytic philosophy to good use."

"This volume calls for careful and reflective reading. It is a model of how to engage with historical figures and to hear their voices in the past and bring their wisdom into the present. Understanding the past and the historical context is essential, but retrieving those voices for contemporary theology is no less important. Crisp?s work is highly recommended both for the content of these essays and as a model to be followed."

"In the so-called evangelical world, it is refreshing to see monuments of Reformed thinking in adjacent examinations, opening the horizon of their overlapping theology to what can often be narrowed divisions within the Reformed church."

Part II: Sin and Salvation
3 Jonathan Edwards on the Imputation of Sin
4 Francis Turretin on the Necessity of the Incarnation
5 John McLeod Campbell and Non-penal Substitution
6 On Karl Barth's Denial of Universalism 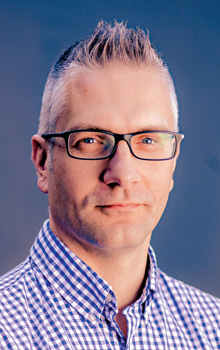 Oliver D. Crisp (PhD, University of London, DLitt, University of Aberdeen) is professor of analytic theology at the University of St. Andrews. He is the author of several books, including Analyzing Doctrine: Toward a Systematic Theology, Saving Calvinism: Expanding the Reformed Tradition, Jonathan Edwards Among The Theologians, and The Word Enfleshed: Exploring the Person and Work of Christ. He is a founding editor of the Journal of Analytic Theology, and co-organizes the annual Los Angeles Theology Conference with Fred Sanders.