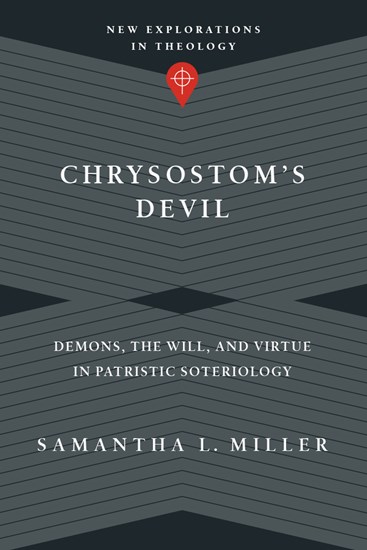 Demons, the Will, and Virtue in Patristic Soteriology

For many Christians today, the notion that demons should play a role in our faith—or that they even exist—may seem dubious. But that was certainly not the case for John Chrysostom, the "golden-tongued" early church preacher and theologian who became the bishop of Constantinople near the end of the fourth century. Indeed, references to demons and the devil permeate his rhetoric. But to what end?

In this New Explorations in Theology volume, Samantha Miller examines Chrysostom's theology and world, both of which were imbued with discussions about demons. For Chrysostom, she contends, such references were employed in order to encourage Christians to be virtuous, to prepare them for the struggle of the Christian life, and ultimately to enable them to exercise their will as they worked out their salvation.

Understanding the role of demons in Chrysostom's soteriology gives us insight into what it means to be human and what it means to follow Christ in a world fraught with temptation and danger. In that regard, Chrysostom's golden words continue to demonstrate relevance to Christians in today's world.

"Samantha Miller provides a scholarly yet approachable study of a topic few Western scholars are willing to tackle. The topic of demons doesn't get a lot of press in the West, perhaps because we have enough other distractions that lure our attention away from God. The study is well grounded in the precursors of Greco-Roman and Jewish thought, as well as early Christian literature before Chrysostom. It also includes a discussion about free will which, like Chrysostom himself, borders on the synergistic. But Miller pushes back, pointing out that such discussions about synergism and soteriology largely came after Chrysostom's time. While this is a debatable point, her assertion that Chrysostom held that 'neither God nor the devil compels,' is nonetheless quite compelling on its own. Chrysostom noted that just as humans have limits, so do demons. They are not as strong as they pretend to be—but neither are they to be trifled with, which is why Chrysostom insisted that Christians must be trained in virtue in order to do battle. This book will provide a window into that spiritual battle as well as provide an added dimension to scholarship on Chrysostom and early Christian spirituality and soteriology."

"I am often surprised when I preach how often listeners want to talk about demons. The liberal in me wants to demythologize. Samantha Miller, drawing on St. John Chrysostom, shows me a better way. Demons can't make you do anything. In fact, God uses our struggle against evil to hasten salvation. What a timely word she brings, addressing even the prosperity gospel and Americans' present penchant for demonizing one another."

Jason Byassee, Butler Professor of Homiletics and Biblical Hermeneutics at the Vancouver School of Theology

"In an age when we have lost the ability to discern the principalities and powers, Miller's Chrysostom's Devil is a welcome intervention. She offers a historically substantive demonology and its place in the theology of the early church, particularly that of Chrysostom. As important as the historical analysis is, this work offers much more. It is a profound investigation into moral theology. The discussion of proairesis is brilliant. Given its ongoing importance for theological and philosophical ethics, her work should be required reading for anyone interested in a theological rendering of human action and practical reasoning. Miller not only shows us why we should have 'no sympathy for the devil,' she shows us how we can avoid it."

"Miller connects the dots from Chrysostom's demonology to the fundamental questions of what it means to be human and to be saved. By opening the door into the moral imagination of early Christian demonology, Miller breaks open the hard shell that Western thought has encased around it. This book will help Western Christians learn, not only from these ancient voices but from much of global Christianity today."

"In this well-written account, Miller fills an important gap in our understanding of John Chrysostom's theology: demons and personal responsibility. In a somewhat surprising conclusion, she argues persuasively that this early Eastern preacher speaks directly to the concerns of Western charismatic and evangelical Christians today. Delightful turns of phrase, such as '[The devil] will put [sin] in a tuxedo and make it dance so that it is enticing' and 'A monk who is content and has no sweet tooth will not be tempted, even if the dessert is a three-tiered chocolate cake,' illustrate the argument and make an otherwise dry topic accessible to the student and more general reader."

"Samantha Miller clearly lays out John Chrysostom's demonology, but more importantly, she demonstrates how, for Chrysostom, demonology is a kind of practical theology because of the way it becomes part of his overall systematic theology, especially anthropology and soteriology, and because of the way Chrysostom uses his teaching on demons to drive his audience toward virtue. Miller shows how to respond to a world where people are tempted to claim, 'the devil made me do it,' by countering as Chrysostom did with a healthier view of spiritual warfare and human freedom, regardless of one's present view of the demonic. Miller is a careful and thorough scholar, but also eminently readable, and she has the gift of making nuanced analysis accessible to the scholar and nonscholar alike. This is a very satisfying book. It covers all the bases and checks all the boxes."

"Chrysostom's Devil takes us on a captivating journey through the spirit world of late antiquity as described by one of the most prolific Christian authors in history. Miller aptly demonstrates how John Chrysostom engages with the culture of his day by providing significant correctives to how people understood demons and demonology in their lives. But Chrysostom's Devil also brings John into conversation with modern-day deliverance theology for the very first time, proving that today's church can—and should—still learn a great deal from ancient Christian wisdom."

"Chrysostom's Devil is an example of how crucial historical theology of early Christian texts is for modern theology. Demonology is not one of those fields of study that tends to take up much, if any, space in modern Western conversations of theology. Samantha Miller helps create some needed space through engagement with the great fifth-century preacher, John Chrysostom. The theological connections he makes in his sermons and catechetical writings between demons and anthropology, soteriology, and ecclesiology demonstrate Chrysostom's deep pastoral concern that his flock live without fear and choose lives of virtue. Miller's expansive and close reading of Chrysostom's texts (and other ancient texts) both illuminates the late-antique world in which demons are a granted reality and offers a starting point for shared ecumenical understanding today. For Pentecostals or charismatic Christians, discussions of the demonic might be commonplace but would benefit from Chrysostom's deeply theological integration of demonology, free will, and virtue. For other Christians who are either unfamiliar with demonology or who rebuff such discussions for whatever reason, Chrysostom's Devil offers a fascinating and accessible entry point."

"This succinct yet thorough account offers a window, not only into John Chrysostom's views on demons, but also into his thinking on persons human and divine. Drawing on texts from across John's corpus, Miller deftly limns the ancient contexts, practices, and intellectual traditions shaping John's perspectives, even while relating his thinking to contemporary movements and assumptions. Anyone interested in demonology, John Chrysostom, or early Christian anthropology should read this thoughtful, engaging, and celestially clear book."

"He Descended to the Dead" 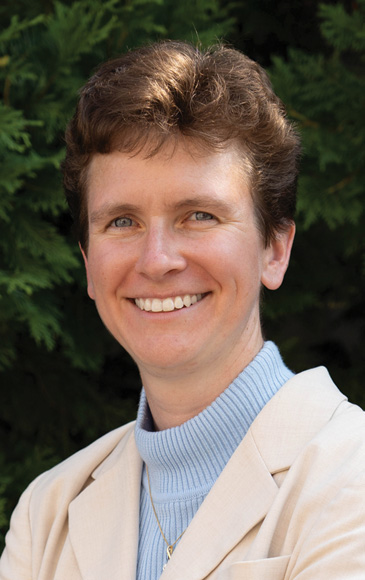 Samantha L. Miller (PhD, Marquette University) is assistant professor of the history of Christianity at Anderson University. She teaches courses on early church history, the history of exegesis, and spiritual formation.