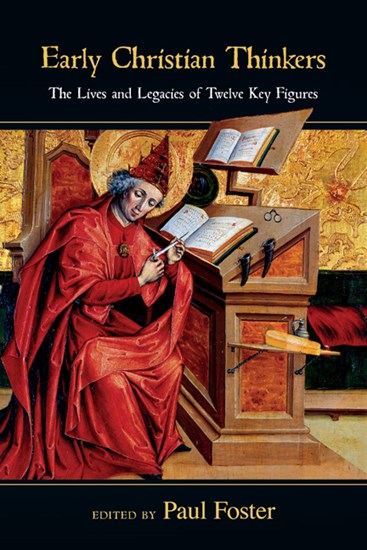 The Lives and Legacies of Twelve Key Figures

Written by an international team of leading scholars, Early Christian Thinkers introduces the lives and works of twelve key Christians from the second and third centuries--a pivotal early moment in the history of orthodox doctrine.

Each chapter includes a biographical and historical overview of the thinker, a detailed survey of his or her major writings and ideas, an in-depth discussion of each thinker's influence on the formation of the tradition, and a consideration of lasting significance in today's context.

The text requires no prior knowledge of the thinker under discussion, making the book especially useful for students and for all with an interest in Christian origins or patristics.

"'Where can I find the current state of scholarly opinion on such and such patristic figure?' This is a question frequently confronting serious teachers and scholars who are not content to fall back on the golden oldies of patristic scholarship. . . . IVP Academic's Early Christian Thinkers is the place. These essays provide a succinct account of contemporary scholarly views on major, as well as less familiar, figures from the second to early fourth centuries (e.g., Justin, Theophilus of Antioch, Eusebius of Caesarea) by the guild's top scholars who know how our understanding of these figures has developed over the last fifty years. Early Christian Thinkers will be a resource valuable to professionals as well as students seeking a snapshot of the writers whose lives and thought shaped how early Christians understood and lived out the gospel."

"This fine series of essays provides an accessible and up-to-date introduction to twelve key figures who helped to shape the development of mainstream Christianity before the age of Constantine. Early Christian Thinkers will be a valuable aid in the study of this formative period of church history."

"In Early Christian Thinkers, Paul Foster has assembled a team of world-renowned scholars to give us a refreshing look at the lives and influence of twelve pivotal figures of early Christianity. From Justin, Irenaeus and Theophilus, to Perpetua, Origen, Gregory Thaumaturgos and Eusebius, this masterful collection deals with history, sociopolitical relationships, theology, apologetics, lives, martyrdom, in short, as Frost calls it, "the intellectual legacy and cultural heritage" of a faith and a new people that sprung from that little-known region of Galilee to bring God's good news of salvation to all. Arranged in a meaningful chronological order, Early Christian Thinkers will be used in colleges and seminaries to open up for its readers the multifaceted world of early Christianity with new appreciation not only of their subject but also as a prime example of how first-rate scholarship ought to be done in the service of the specialist and the nonspecialist alike."

"This splendid volume has encouraged its authors to construct twelve fine chapters about early Christian theologians. The project's genius emerges both from the high-level manuscript studies in the introductions and the well-written summaries concerning what is known of the theologians' lives and thoughts. The pithy comments will stay with us all. Fellow specialists will turn to this book for the state of many questions; undergraduates can see what patristics has been and is now becoming. A rare combination of features which we should find together more often."

"Paul Foster has edited an excellent collection of essays on some key figures of the pre-Nicene Church. Teachers of the period will find this an invaluable volume, both for the quality of the essays and for the particular selection of figures included. In English this collection has no equal."

"This is a thoroughly reliable, appreciative introduction to the formative perspectives of early Christianity by a well-chosen team of experts. Early Christianity used to be taught in a scholastic kind of way as if it had fossilized completely. The contributors to this volume all understand early Christianity as a time of creative ferment, when innovations were extended and at times withdrawn in a way both like and unlike today. This account of tentative progress is an excellent foil for those wrestling with the changing church today."

"This assembly sheds much light on now-obscure figures who had an incalculable influence on later and more famous Christian thinkers; endlessly fascinating to readers interested in history and culture, as well as pastors and students of theology." 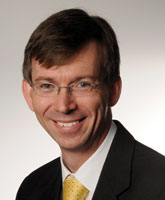 Paul Foster (DPhil) is senior lecturer in New Testament at the University of Edinburgh. He is author of Community, Law and Mission in Matthew’s Gospel (Mohr Siebeck) and The Apocryphal Gospels: A Very Short Introduction (Oxford).