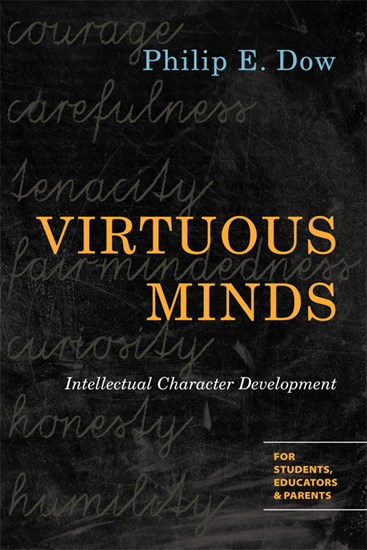 What does it mean to love God with all of our minds?

Our culture today is in a state of crisis where intellectual virtue is concerned. Dishonesty, cheating, arrogance, laziness, cowardice--such vices are rampant in society, even among the world's most prominent leaders. We find ourselves in an ethical vacuum, as the daily headlines of our newspapers confirm again and again. Central to the problem is the state of education. We live in a technological world that has ever greater access to new information and yet no idea what to do with it all.

In this wise and winsome book, Philip Dow presents a case for the recovery of intellectual character. He explores seven key virtues--courage, carefulness, tenacity, fair-mindedness, curiosity, honesty and humility--and discusses their many benefits. The recovery of virtue, Dow argues, is not about doing the right things, but about becoming the right kind of person. The formation of intellectual character produces a way of life that demonstrates love for both God and neighbor.

Dow has written an eminently practical guide to a life of intellectual virtue designed especially for parents and educators. The book concludes with seven principles for a true education, a discussion guide for university and church groups, and nine appendices that provide examples from Dow's experience as a teacher and administrator.

Virtuous Minds is a timely and thoughtful work for parents and pastors, teachers and students--anyone who thinks education is more about the quality of character than about the quantity of facts.

"While the Aristotle-inspired pursuit of the good life has generated an enormous literature on moral character, its importance and its development, the other side of the person, intellectual character, has been astonishingly neglected by both academics and (more importantly) the general public. Yet excellence, or 'virtue,' in both components is essential for leading the best kinds of life open to humans; fine traits of heart alone, without fine traits of mind, cannot get the job done. It is high time that explicit attention was paid--by educators, by parents, by leaders, by all of us--to the habits of mind that help people grab hold of truth, and to what it takes to develop such habits. Virtuous Minds is to be applauded for prompting such attention, and in such an accessible and practical-minded way. May it find the readership it deserves!"

"The book inspires the pursuit of intellectual virtue--it makes attractive a life characterized by the traits Dow discusses. I wanted to renew my efforts in the direction of intellectual virtue having read it. And I know my students, many of whom enter college with no real aim in sight beyond a degree which promises a high-paying position, would benefit from such inspiration. . . . I can easily imagine using it for an orientation course we offer to freshman philosophy majors."

"It is far easier to be conformed than it is to be transformed. Dow's book is a wake-up call for all of us to be diligent gardeners of our minds and souls."

"This is the first book of its kind and one that is urgently needed inside and outside the Christian community. . . . Dow's writing is accessible, engaging and fun. It is also intellectually astute, historically informed and packed with wonderful illustrations."

from the foreword by Jason Baehr

"Philip Dow has given us a really important book, one that is both motivating and a pleasure to read. With excellent illustrations and carefully reasoned arguments, Dow challenges us to examine the way we use our minds. We are confronted with the critical importance of intellectual courage, curiosity, honesty and humility, and we are reminded that the weeds of intellectual carelessness grow effortlessly and bring with them consequences that can be sobering. Although there are other books which address the subject of the Christian mind, I am aware of none that addresses this subject with the clarity, thoroughness or motivational quality of Dow's work."

"Phil Dow has written a provocative, compelling and engaging book that challenges Christians to consider the importance of intellectual character and to encourage them to self-consciously nurture virtuous intellectual habits. The book is a delightful read that addresses a subject that needs careful intellectual inquiry. I would recommend this book to anyone who is intentional about growing spiritually or who is involved in the cultivation of spiritual formation in the lives of young people."

"Virtuous Minds is beautifully written with poise, balance and substance, hitting a number of nails very firmly on the head."

"As I read Dow's book, I was struck with what a fresh and potent addition it would make to a college or high school course on critical thinking. It would do four things seldom emphasized in such a course: show in considerable detail how being a good thinker is a matter of one's character, show that getting such character is a matter of discipline, show a rich variety of motives for turning oneself into a good thinker, and provide substantial advice about the implementation of such discipline. The book has an easy, conversational style and is chock-full of vivid, discussable illustrations."

"Here is a book that is greatly needed in the contemporary world. Moral failure is revealed daily in the media. Philip Dow demonstrates that moral failure is the result of defective intellectual character. I wish this book could be taught in every school in the world and read by every parent."

Gary Chapman, author of The Five Love Languages and Love as a Way of Life

"Dow has given Christian educators a commendable, thoughtful, quality book that merits wide readership, especially for those interested in intellectual character development. Works of this kind, especially from a Christian perspective, are truly needed, and this book is a valuable contribution to the field of literature on character education."

"This won't be an easy read for some, but it is a worthy one. You'll nurture high-level discussions that may be best to take place among your leaders, parents or in a weekend seminar setting. Still there are several practical steps that can give you traction for applying it personally or in your ministry."

"A timely and thoughtful work for parents and pastors, teachers and students—anyone who thinks education is more about the quality of character than about the quantity of facts."

"The experienced teacher and administrator shows how intellectual attributes like courage, carefullness, tenacity, honesty, fair-mindedness, and humility enrich not only our studies but also our contributions in every realm of life."

"Dow amply proves that intellectual character has a tremendous impact on the direction our lives take, whether personally, socially, or professionally. . . . I recommend this book to Christian English teachers who hope to have a godly impact on their students' intellectual development."

"Dow has done a great service for Christians in education. Because faculty, administrators, and students alike can easily read this book, it can provide a common language across an educational institution. . . . Dow helps us see that the nature of life and of learning is that we do not have a choice about whether we will develop intellectual character; the question is what kind it will be. Finally, even though Dow's focus is on the school, one can easily see the value of his book for pastors, leaders, parents, and teachers within the local congregation. If intellectual character development is an important component in loving God and the neighbor, then the church no less than the school should be a place where intellectual virtues are embraced and cultivated."

A Mind for God 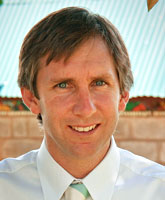 Philip E. Dow (PhD, Cambridge University) is superintendent of Rosslyn Academy in Nairobi, Kenya. Dow has over a decade of classroom experience teaching advanced courses in social studies and history at the high school level. He is the author of "School in the Clouds": The Rift Valley Academy Story.