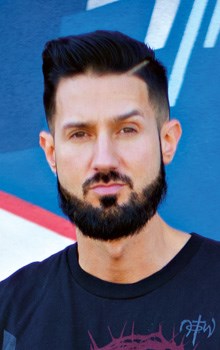 Visit Tommy's website at urband.org for information on his ministry, music and coaching.

Tommy "Urban D." Kyllonen has been in full-time urban ministry for over nineteen years at Crossover Church in Tampa, Florida. Under his leadership as youth pastor and since 2002 as lead pastor, the church has grown from forty to over 1,000, and was recognized as one of America’s Most Innovative Churches by Outreach Magazine. Tommy is also an internationally known hip-hop artist, author, and urban ministry coach and speaker. Tommy has released seven hip-hop albums as rapper "Urban D." He has performed and spoken at concerts and conferences across the United States as well as overseas in Japan, Australia, the UK, Germany, and Nigeria. He is the author of Next, a resource for new believers from an urban context, and is the creator of Un.orthdox, which spans three types of media and includes a book, hip-hop album, and film. His church, Crossover, is a multiethnic, multigenerational, economically diverse church in inner city Tampa with the vision to specifically reach those influenced by urban/hip-hop culture. Tommy is the founder of the Urban Coaching Network, a six-month webinar coaching experience for lead pastors and church planters in an urban, multiethnic context. He is also the founder of the Flavor Fest Urban Leadership Conference, which has trained over 5,000 leaders in fourteen years. Tommy is the publisher of S.O.U.LMAG, which has become the voice of the Christian hip-hop community with a readership in the tens of thousands. The magazine recently launched a TV show S.O.U.LMAG TV which Tommy hosts on JUCE Network (formerly JCTV). He has also authored articles for Relevant, Pastors.com, UYWI, Rapzilla.com and the American Bible Society. He lives in Tampa with his wife, Lucy, and two young daughters. 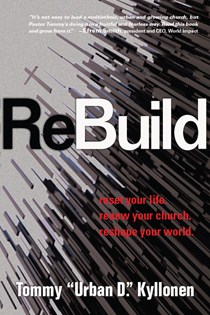