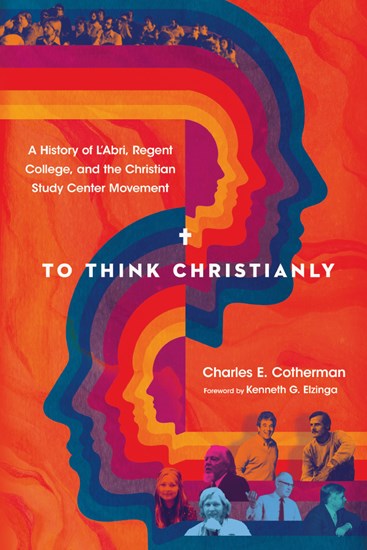 A History of L'Abri, Regent College, and the Christian Study Center Movement

In the late 1960s and on into the next decade, the American pastor and bestselling author Francis Schaeffer regularly received requests from evangelicals across North America seeking his help to replicate his innovative learning community, L'Abri, within their own contexts. At the same time, an innovative school called Regent College had started up in Vancouver, British Columbia, led by James Houston and offering serious theological education for laypeople. Before long, numerous admirers and attendees of L'Abri and of Regent had launched Christian "study centers" of their own—often based on or near university campuses—from Berkeley to Maryland. For evangelical baby boomers coming of age in the midst of unprecedented educational opportunity and cultural upheaval, these multifaceted communities inspired a generation to study, pray, and engage culture more faithfully—in the words of James M. Houston, "to think Christianly."

In this compelling and comprehensive history, Charles Cotherman traces the stories of notable study centers and networks, as well as their influence on a generation that would reshape twentieth-century Christianity. Beginning with the innovations of L'Abri and Regent College, Cotherman elucidates the histories of

Each of these projects owed something to Schaeffer's and Houston's approaches, which combined intellectual and cultural awareness with compelling spirituality, open-handed hospitality, relational networks, and a deep commitment to the gospel's significance for all fields of study—and all of life. Cotherman argues that the centers' mission of lay theological education blazed a new path for evangelicals to fully engage the life of the mind and culture.

Built on a rich foundation of original interviews, archival documents, and contemporary sources, To Think Christianly sheds new light on this set of defining figures and places in evangelicalism's life of the mind.

"A fascinating, readable, and well-informed account of the leading centers that have done most to shape an influential movement. I recommend it to anyone interested in the role of Christianity in American universities."

George Marsden, author of The Outrageous Idea of Christian Scholarship

"To Think Christianly is a pioneering work of scholarship which sheds light on a movement richly deserving of historical attention. Over the past few years Charles Cotherman has interviewed many people who have been part of Christian communities of study, and in doing so he has refreshed our memories and offered the clear-eyed view of a knowledgeable observer who cares. As the director of a Christian study center for more than twenty-five years as well as a regular visiting professor and former board member at Regent College, I'm grateful that what has been, largely, a scattered oral history now is written in this thoughtful and respectful book. It will guide all of us who hope to invite people to 'think Christianly.'"

"Richly informative and superbly written, Cotherman's study fills in a huge gap in understanding evangelicals. But it also raises a titanic question, What is the state of evangelical thinking, and its influence on churches across the country, as evangelicals confront the far deeper challenges of the present moment?"

"Charles E. Cotherman has written a fascinating history of a type of Christian higher education that has been growing in importance: Christian study centers, often adjacent to secular campuses. The first such work, To Think Christianly, contextualizes the movement and in so doing provides wisdom for its future development. This history is sympathetic but not hagiographic; Cotherman points out both strengths and weaknesses. He is also particularly attentive to how these centers have facilitated women's theological training. I commend the book to all those interested in the development of Christian higher education."

"Charles Cotherman chronicles the history of one of the most important elements of the Christian project in America today, and he does it well. The Christian study center movement is so extensive and variegated, it would be impossible to give exhaustive voice to every contributor to its success, but Cotherman has marshaled his material well and given us an accurate, fulsome, and well-written account that is both credible and accessible. Extremely well-researched but easily read, I cannot imagine a better recounting of this fascinating story of God's kingdom work in higher education today."

"Cotherman not only shares the rich history of the Christian study center movement, but he also gives us hope for the future spiritual and intellectual engagement among evangelicals at the university. This is a must-read primer for those wanting to learn about study centers and the holistic flourishing of Christians on college campuses."

"As a Christian study center director serving a large public research institution, I am grateful for this exceptional book that provides rich historical context for the changing contours of faith, vocation, and learning within secular higher education. Those of us in the study center movement seek influence through thoughtful intellectual engagement, deep relational connection, and hospitable service. This faithful and consistent presence does not always garner front-page headlines, but it does change the lives of faculty, staff, and students, and even the academy itself. Dr. Cotherman's book tells the story of how this holistic approach has evolved over the past fifty years, and why it offers so much promise for the future."

"Deep research and interviews with many key individuals make this book a stimulating history of efforts to overcome evangelical anti-intellectualism. Cotherman presents the work of Francis (and Edith) Schaeffer at L'Abri in Switzerland, and then of James (and Rita) Houston at Regent College in Vancouver as the sparks stimulating broader, deeper, and wider Christian cultural engagement—culminating now in the Consortium of Christian Study Centers and other important initiatives. Good reasons abound to be pessimistic about the future of Christian intellectual life. This well-written and compelling book, by contrast, is a sign of hope."

"This important new book tells the story of a cultural force that observers of American evangelicalism have generally underestimated: the Christian study center movement. Beginning with the 1950s, Cotherman painstakingly traces the intellectual networks, alliances, and struggles among evangelical thought leaders, evangelists, and professors who have been eager to rethink conservative Christian engagement with the life of the mind. He adds complexity and richness to our understanding of Christian intellectual life in modern America."

Molly Worthen, associate professor of history at the University of North Carolina at Chapel Hill, author of Apostles of Reason: The Crisis of Authority in American Evangelicalism
More

The Mark of the Christian 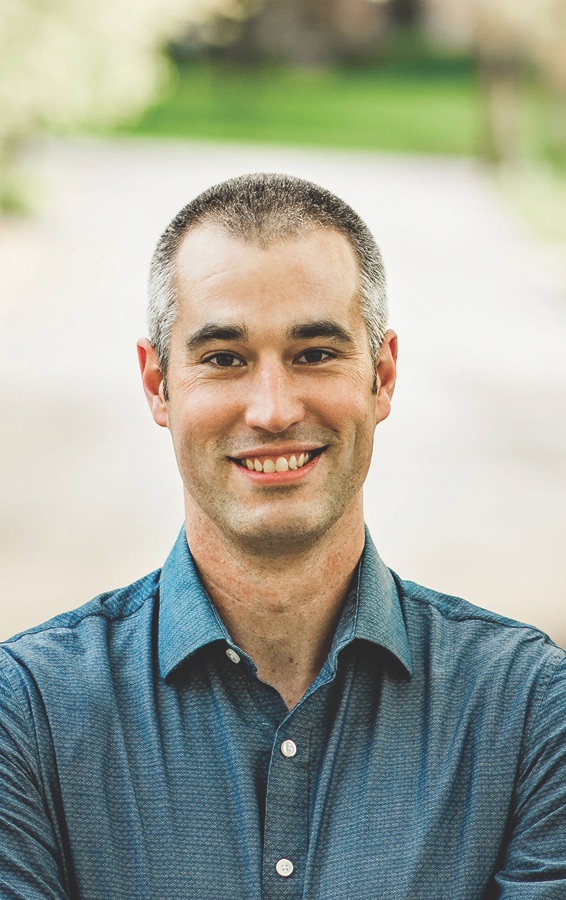 Charles E. Cotherman (PhD, University of Virginia) is pastor and planter of Oil City Vineyard Church in Oil City, Pennsylvania. He is the program director of the Project on Rural Ministry at Grove City College and has taught church history at Fuller Seminary and Pittsburgh Theological Seminary.