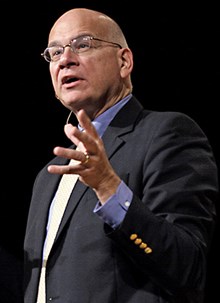 Visit his website and read his blog at timothykeller.com.

Listen to a podcast of Keller's sermons.

Timothy Keller is an author, theologian, and apologist. He is the founding pastor of Redeemer Presbyterian Church in Manhattan, which he led for twenty-eight years, and is a cofounder of The Gospel Coalition. He is also the chairman and cofounder of Redeemer City to City (CTC), where he teaches and mentors church planters and seminary students through a joint venture with Reformed Theological Seminary's (RTS), the City Ministry Program.

Keller's books, including the New York Times bestselling The Reason for God and The Prodigal God, have sold over two million copies and been translated into twenty-five languages. According to Christianity Today, "Fifty years from now, if evangelical Christians are widely known for their love of cities, their commitment to mercy and justice, and their love of their neighbors, Tim Keller will be remembered as a pioneer of the new urban Christians."