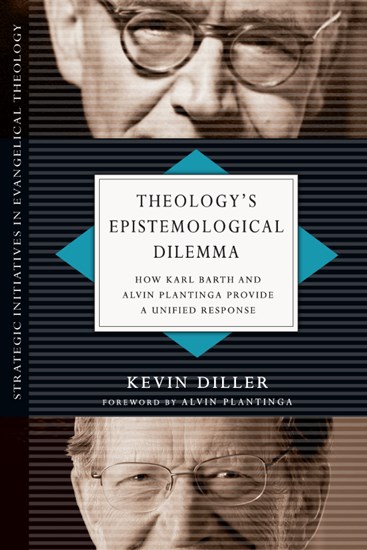 How Karl Barth and Alvin Plantinga Provide a Unified Response

The problem of faith and reason is as old as Christianity itself. Today's philosophical, scientific and historical challenges make the epistemic problem inescapable for believers. Can faith justify its claims? Does faith give us confidence in the truth? Is believing with certainty a virtue or a vice?

In Theology?s Epistemological Dilemma, Kevin Diller addresses this problem by drawing on two of the most significant responses in recent Christian thought: Karl Barth's theology of revelation and Alvin Plantinga's epistemology of Christian belief. This will strike many as unlikely, given the common stereotypes of both thinkers. Contrary to widespread misunderstanding, Diller offers a reading of both as complementary to each other: Barth provides what Plantinga lacks in theological depth, while Plantinga provides what Barth lacks in philosophical clarity. Diller presents a unified Barth/Plantinga proposal for theological epistemology capable of responding without anxiety to the questions that face believers today.

"Christians today are faced with epistemological challenges all the time: How can I know that this is the truth? What warrant do I have for my beliefs? Is the Bible trustworthy? Can I know that there is a God? The list goes on. The great Swiss theologian Karl Barth gave certain answers to these worries. In a different context, philosopher Alvin Plantinga has spent much of his career tackling such issues. However, these two thinkers are often regarded as providing quite different answers to these questions. In this book, Kevin Diller gives an account of Barth and Plantinga that shows a deep consonance between them and their respective attempts to address the epistemological troubles we face. This is an outstanding work that repays careful study. All those who care about the future of Christian theology and philosophy, and the conversation between the two disciplines, ought to read it."

"In this work, Kevin Diller attempts to show that Alvin Plantinga's religious epistemology and Karl Barth's theology of revelation are not only consistent, but mutually supportive. Many will initially find this conclusion surprising and perhaps downright implausible, but Diller's arguments for his claim are careful and clear and show a deep understanding of both Barth and Plantinga. Many theologians who know Barth well know little about contemporary Christian philosophy in general and very little about Plantinga. Many Christian philosophers have only a superficial understanding of Barth's theology. This book will be profoundly helpful to both groups."

"Kevin Diller's study offers a courageous and provocative invitation to reconsider what he calls the 'epistemological dilemma' of Christian theology. Committed to ultimate trust in its subject-matter, the reality of the Triune God in his Trinitarian self-revelation, it may not give in to relativizing suspicions of the human capacities of knowledge, but is called to embrace a commitment to the logos of theology, the capacities of human rationality, created, fallible, fallen, and yet destined to participate in the truth that God is and gracefully discloses to his created images. Starting from a concise analysis of Barth's theology of revelation and its 'theo-foundational' epistemology, Diller engages Alvin Plantinga's reformed epistemology, carefully reconstructed and defended against its philosophical critics, in a sustained conversation. The outcome is the proposal of a 'unified response' to the epistemological dilemma, drawing on the intellectual resources of both enterprises, rather than constructing a master theory which transcends them both. Blowing like a fresh wind through prejudices and complacencies that have haunted the relationship between philosophy and theology in modern times, Diller's argument explores with philosophical precision and theological depth the possibilities of a Christian epistemology, where neither philosophy nor theology lose their intellectual integrity or Christian commitment. Reading this book is a liberating experience because it encourages its readers to engage theology philosophically and philosophy theologically, both critically and constructively, in the expectation that they both have much to gain from an exchange that is no longer tied to preconceived but often poorly grounded rules of engagement."

"In this groundbreaking study, Kevin Diller addresses a fundamental challenge for the Christian faith, namely, how one can affirm the knowability, universality and warrant of its theological claims while simultaneously recognizing the frailty and fallibility of those who hold them. Drawing on the complementary insights of Karl Barth and Alvin Plantinga, whose approaches are so often mistakenly assumed to be in tension, Diller provides an original, rigorously argued and deeply convincing response to the epistemological grounding problem. This field-changing volume exemplifies analytic theology at its finest. More significantly it defines the way forward for any theology that seeks to be true to the trinitarian and incarnational core of the Christian gospel. This is not only inspirational but obligatory reading for academics, students and intellectually engaged Christians alike."

"Bridging the divide between an analytic philosophy like Plantinga's and a Christologically-based account of theological knowledge like Barth's will seem counterintuitive to many. But given the rancorous, often divisive character of so much theological debate these days, it is much needed. Beginning with the observation that neither Plantinga nor Barth is a 'non-foundationalist'—that both are, in fact, 'theo-foundationalists' who ground knowledge of God in a trinitarian conception of revelation—Diller goes on to argue that Barth's theological epistemology, while not dependent upon any general theory, is at least compatible with Plantinga's. The results are intriguing and give promise of opening a conversation between the followers of these two great Reformed thinkers."

"This excellent book is a welcome and significant contribution to the growing body of work in analytic theology generally and to the literature on the epistemology of theology in particular. Kevin Diller argues persuasively for a very unexpected conclusion—that the theological-epistemological views of Karl Barth and Alvin Plantinga are complementary rather than conflicting. Theologians and philosophers alike will profit from Diller's clear, careful and insightful exposition of these two towering figures. Diller helps to put the relationship between contemporary theology and analytic philosophy in new perspective and represents an important further step in building bridges between the two disciplines."

"In this thorough and rigorously argued volume, Kevin Diller propounds an astonishing thesis. He contends that Karl Barth and Alvin Plantinga are in fundamental convergence with regard to human knowledge of God. Conversant with a wide range of scholarship on both Barth and Plantinga, Diller admirably answers their critics, clarifies their ambiguities and limitations, and shows that their remaining differences are smaller than previously assumed. This is a groundbreaking work of major proportions that will need to be reckoned with by theologians and philosophers alike for years to come."

"A remarkable study that probes in depth two seemingly unrelated thinkers and finds extraordinary resonances and commonalities. Learned, precise and utterly compelling, Diller's work has huge implications for framing a theological epistemology in our time."

"Both scholarly and approachable, this volume should be engaging to any serious student of philosophy or religion or religious epistemology."

"This is an interesting work that is certainly useful in explaining not only two towering Christian thinkers, but in showing how they are very similar (and somewhat different)."

"I found Diller's exposition of Plantinga lucid and illuminating. . . . Diller's text is, overall, cogent and clearly argued—a notable contribution to analytical theology. Specialists in theology and philosophy will want to give it careful attention. . . . Diller's provocative proposal promises to enrich constructive theology for years to come."

"TED is a must-read for those interested in the discussion of theological epistemology. Not only will it provide the scholar with new concepts and paradigms to consider, it also provides the pastor and layperson with tools that aid them in their own understanding of the relationship between knowledge and faith. TED meets academic, ministerial, and apologetic needs."

"This is an extremely well-argued and timely book, breaking a lot of traditional barriers between Christian theologians and philosophers. I for one have become convinced by Diller that Barth’s and Plantinga’s approaches of 'the grounding problem' are indeed – though far from identical – complementary in highly fruitful ways. Congratulations are also due to Diller’s supervisor, Prof. Alan Torrance (St. Andrews), whose own intellectual biography – with its remarkable shift from Barth to Plantinga – now turns out to be less strange than some may have thought."

Part I: Prospects for a Combined Barth/Plantinga Approach to Christian Theological Epistemology

1. What Is the Epistemic Problem?
The Value of Skepticism
What Is Knowledge? And What Does It Require?
True Belief
Particular Epistemic Issues for Christian Theology

2. Barth?s Theology of Revelation: For Us and for Our Salvation
Knowing in Reflection on Revelation
God as Object and Subject of His Personal, Cognitive Revelation
The Hiddenness of God in Revelation
Revelation as Whole-Person Transformation
Conclusion

3. Barth?s Engagement with Philosophy: A Theo-foundational Epistemology
Why Theology Is Not Philosophy
Contesting the Ontological Presupposition of the Enlightenment
The Boundary of Philosophy
Conclusion

How Do We Know? 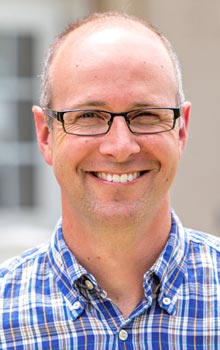 Kevin Diller (PhD, University of St Andrews) is associate professor of philosophy and religion at Taylor University in Upland, Indiana. He holds graduate degrees from Princeton Theological Seminary and Calvin Theological Seminary, and completed postdoctoral work at the University of Notre Dame where he was awarded the prestigious Frederick J. Crosson Fellowship from the Notre Dame Center for Philosophy of Religion. Diller has written numerous journal articles which have appeared in publications such as Faith and Philosophy and the Scottish Journal of Theology.