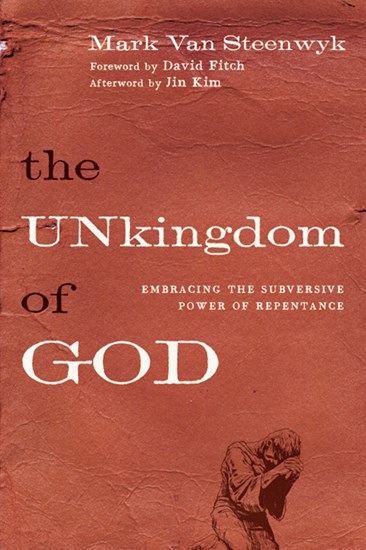 Embracing the Subversive Power of Repentance

Christianity is carrying a lot of baggage. Two thousand years of well-intended (and sometimes not so well-intended) attempts to carry forward the good news of God with us have resulted in some murky understandings of the teachings of Jesus and the culture of God?s kingdom. To embrace Christianity, sometimes we have to repent of what we?ve made of it.

In The Unkingdom of God Mark Van Steenwyk explores the various ways we have failed our mission by embracing the ways of the world and advancing our own agendas. He shows us that the starting place of authentic Christian witness is repentance, and that while Jesus' kingdom is not of this world, it remains the only hope of the world.

"Sometimes I look around at the church and think its biggest need is a revolutionary manual, a manual for undoing the myths that enslave us, for revealing the ideologies that blind us, a manual that probes for new points of engagement where we can start living this grand radical life that has been made possible in Christ's victory over the powers. Mark Van Steenwyk's book could just be that manual."

David E. Fitch, from the foreword

"Mark Van Steenwyk is a committed voice of a new generation rising to the ancient calling of radical discipleship. Mark's perspectives will seem new and troubling to American Christians, yet they are rediscovering the historic stream of gospel dissent to empire that has always survived at the margins of the church, following the Jesus who forever afflicts the comfortable and comforts the afflicted."

"I've often wondered, if I had lived back in Old Testament times, would I have listened and repented of veering from God's ways or turned a deaf ear to the jarring words of his prophets? The prophetic message of The Unkingdom of God brings that question forward into the present. Gripping, unsettling and painful to read at points, this book exposes how we've reshaped Jesus in our own Western image and lost him in the process. Van Steenwyk calls himself and us to repent, rethink and 'rewild' our faith in God. Read at your own risk, but be forewarned--no one gets off easy."

"Mark Van Steenwyk is a mystic, seeking to follow the wild and compelling guides of Scripture, Savior and Spirit. He is a sincere brother in the faith, sharing his own important questions. I have been challenged by his questions. Perhaps we all should be challenged by them."

Evan B. Howard, founder and director of Spirituality Shoppe and author of The Brazos Introduction to Christian Spirituality

"Anyone who has ever asked the question 'What if we're doing it wrong?' should read this book. It offers a great opportunity to view a different perspective and broaden the range of possibilities of Christianity in America."

"This is not an easy read. Van Steenwyk challenges us to take a hard look at the many ways we are complicit with a profoundly corrupted American Christianity (and he makes it clear he has done and is doing his own work in this). But with humility, humor, and practicality, he offers us a way out—a way of repentance, but also a way of a renewed and authentic anarchistic faith."

"In The Unkingdom of God, Mark Van Steenwyk calls us to rethink our faith. It's convicting, revealing and thought-provoking."

"I strongly endorse this volume as an insightful and practical introduction to the spirituality of repentance, a theology of Christian anarchism, and the practice of liberating Christian ecclesiology. As Van Steenwyk writes in his conclusion, 'The call to repentance is our call to go further up and further into the deep reality of God.' It's hard to argue with that."

"If you are looking for your cultural assumptions of pomp and privilege to remain unquestioned, read a different book. But there are many who will benefit to hear these questions, regardless of whether they agree with them. If the book is read with an open mind, you are sure to come away with a valuable new perspective. Some of us could use one of those."

Introduction: Waking Up from the American Dream
1. The Gospel According to the Empire
2. The Powers
3. The Gospel of Plastic Jesus
4. Repenting of Christianity
5. On the Mysticism of Children
6. Jesus the Unkingdom
7. Encountering the Feral God
8. Walking with the Compassionate Christ
9. Discerning the Subversive Spirit
10. Jesus the Jubilee
11. Jesus the Revolutionary Table
Conclusion: When Repentance Becomes Revolution

How to Inherit the Earth 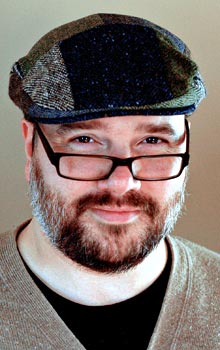 Mark Van Steenwyk is cofounder of the Mennonite Worker, a Christian intentional community in Minneapolis. Mark is an editor at JesusRadicals.com and the producer and cohost of the Iconocast podcast. Mark has led retreats, facilitated workshops, presented at conferences, and taught several seminary courses. He is currently working on an alternative theological educational project, the Rootworks. With the support of the Central Plains Mennonite Conference, Mark has nurtured and networked with groups around North America that are exploring the radical implications of Jesus' life and teaching.