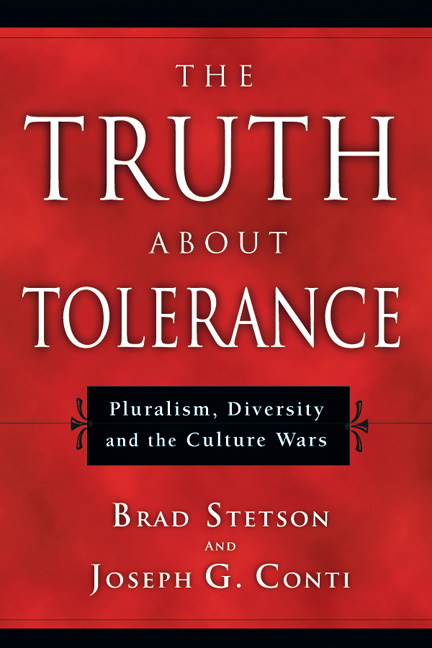 The Truth About Tolerance

Pluralism, Diversity and the Culture Wars

We all want to be tolerant.

No one wants to be intolerant. But does that mean we have to accept all truth claims as true? Does this virtue rule out having any strongly held moral convictions?

In this book Brad Stetson and Joseph G. Conti explore the use and misuse of this important value in academic circles and popular media. They note that the pursuit of truth and the pursuit of tolerance are often taken to be mutually exclusive, and it ends with truth having to give way to tolerance. Stetson and Conti argue just the opposite: that true tolerance requires the pursuit of truth. In the end they demonstrate that Christian conviction about religious truth provides the only secure basis for a tolerant society which promotes truth seeking. Christians can contribute to civil debate without compromising their moral and spiritual convictions.

"We aren't as tolerant as we think we are--and genuine tolerance will emerge only when we no longer tolerate our many forms of pseudo-tolerance. Stetson and Conti demonstrate the need for a new culture of tolerance, where virtue governs our disagreements about the things that matter most. They've produced an astute commentary on contemporary culture, a rousing admonition to witness to truth with humility and respect, and an inspiring set of principles to guide the way."

"Stetson and Conti address, with rigor and clarity, the use and misuse of the term tolerance in our popular culture. Too often what goes by the name tolerance is just another dogma with a smiley face. Stetson and Conti take the mask off, and enlighten us in the process."

"The pursuit of tolerance has become today's highest virtue. But Stetson and Conti show that today's promoters of tolerance--using an Orwellian doublespeak--are cleverly advancing an ideology that is itself intolerant. This book will inform and edify every reader."

"Leftists would have us believe that a culture war is going on between tolerant secularists and intolerant Christians. Not so. As Stetson and Conti recognize, the conflict is really between two rival views of tolerance. One view is relativist--it says the best foundation for tolerance is not thinking you know anything. The other view is realist--it says you have to know something in order to judge what is tolerable. Guess who the real oppressors are. Not who you've been told; the relativist view of tolerance turns out to be authoritarianism in disguise. Great book; I hope it's read widely."

J. Budziszewski, Professor of Government and Philosophy, University of Texas, and author of What We Can't Not Know: A Guide

"Since the concept of tolerance is so abused and misunderstood today, this book is very pertinent. The authors wisely survey the social and political landscape and chart a Christian view of tolerance that is biblical and well informed. The book should make a significant contribution to the discourse and be of great help to many Christians desiring to make their voices heard in a winsome and genuinely tolerant manner."

The authors sound a call for their readers to engage in genuine tolerance, a tolerance that more accurately reflects the ideals of Jesus Christ. If the reader genuinely cares about other people, this is a must read. 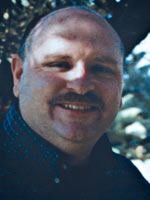 Brad Stetson (PhD, University of Southern California) has written widely on social and political topics. His previous books include The Silent Subject: Reflections on the Unborn in American Culture (1996) and Human Dignity and Contemporary Liberalism (1998). He is a coauthor of Challenging the Civil Rights Establishment (with Joseph G. Conti, Praeger Publishers, 1993) and Black and Right (with Joseph G. Conti and Stan Faryna, Praeger Publishers, 1997). Stetson's articles have appeared in Christianity Today, First Things, The Los Angeles Times, and several other periodicals. He currently lectures in American politics at Azusa Pacific University and in rhetoric at Chapman University. 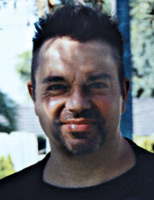