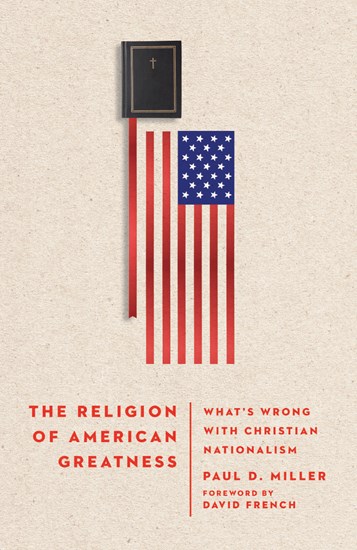 The Religion of American Greatness

Long before it featured dramatically in the 2016 presidential election, Christian nationalism had sunk deep roots in the United States. From America's beginning, Christians have often merged their religious faith with national identity. But what is Christian nationalism? How is it different from patriotism? Is it an honest quirk, or something more threatening?

Paul D. Miller, a Christian scholar, political theorist, veteran, and former White House staffer, provides a detailed portrait of—and case against—Christian nationalism. Building on his practical expertise not only in the archives and classroom but also in public service, Miller unravels this ideology's historical importance, its key tenets, and its political, cultural, and spiritual implications.

Miller shows what's at stake if we misunderstand the relationship between Christianity and the American nation. Christian nationalism—the religion of American greatness—is an illiberal political theory, at odds with the genius of the American experiment, and could prove devastating to both church and state. Christians must relearn how to love our country without idolizing it and seek a healthier Christian political witness that respects our constitutional ideals and a biblical vision of justice.

"I can think of no one more qualified to speak to the pressing issue of Christian nationalism than Paul Miller. Despite the bleak subject, this book is full of confidence, conviction, and hope. Liberal democracy matters. The kingdom of God matters more. Those who care about either or both should read this work."

"In a political moment too often characterized by vitriol, distortion, and scorn, Paul D. Miller offers a refreshingly different approach. The Religion of American Greatness presents a careful, insightful, and charitable critique of contemporary American nationalism and points readers toward a more faithful political framework that elevates personal liberty and human dignity. A must-read for those concerned about politicized religion and its negative consequences for gospel witness."

"There are few I trust more than Paul D. Miller on matters of national politics. He brings knowledge, vision, nuance, and understanding to a compelling vision of what it means (and doesn't mean) to live as faithful Christians in this nation, today and into the future, for the good of all."

Karen Swallow Prior, research professor of English and Christianity & culture at Southeastern Baptist Theological Seminary and author of On Reading Well: Finding the Good Life Through Great Books

"The Religion of American Greatness is a superb and essential book—engaging and fair minded, thoughtful and accessible, and oh so timely. It both explains and challenges an increasingly widespread, malicious movement—toxic Christian nationalism—that is doing great harm to America and to the Christian witness. The Religion of American Greatness is powerfully argued, honest, and never ungracious. It's just the book we need, and Paul D. Miller is just the person to write it."

Peter Wehner, senior fellow at the Ethics and Public Policy Center, author of The Death of Politics

"There are works that challenge the mind and others that speak to the heart. Paul Miller does both in this important book about the role of America's dominant religion in our national politics."

Tom Nichols, author of Our Own Worst Enemy and The Death of Expertise

"Paul Miller draws from an impressive range of sources to show the theological, historical, and cultural errors of Christian nationalism while still suggesting how American Christians can pursue with each other and their neighbors a common American identity and shared aspirations for the future of the country."

"A much-needed and astute analysis of a major reality in the United States, a reality that challenges the very heart of this nation and of Christianity. Dr. Paul Miller brings to bear years of political experience, a deep commitment to Christian understanding, and a wellspring of scholarly comprehension to help us see what ultimately is wrong with Christian nationalism. A must-read."

Michael O. Emerson, professor and Sociology Department head at the University of Illinois Chicago and author of Divided by Faith: Evangelical Religion and the Problem of Race in America

Samuel L. Perry, coauthor with Andrew Whitehead of Taking America Back for God: Christian Nationalism in the United States

"I'm grateful to Paul Miller for writing this book. It stretched and challenged me. He has done a great service for all of us concerned about liberal democracy and the Christian church. At points, the writing crackles with intensity. I will be recommending this work to anyone intent on responding both theologically and politically to the threat of Christian nationalism."

Andrew Whitehead, associate professor of sociology at Indiana University-Purdue University Indianapolis and coauthor with Samuel L. Perry of Taking America Back for God: Christian Nationalism in the United States

"Paul D. Miller crafts his message with confident humility, taking an honest look at the virus of Christian nationalism plaguing our politics and our pulpits. He presents difficult truths in palatable forms that reveal his genuine love for Christ and the church. Read this treatise with an open heart and mind, with the goal of seeing God's kingdom come and will be done."

"As a deeply religious and deeply patriotic American, Paul Miller has written a brave, insightful, and immensely valuable analysis of the dangers of resurgent Christian nationalism in America today. This book is of vital importance for all who wish to understand our pivotal historical moment, and especially for Americans who wish for a nation that strives to live up to the highest ideals of their faiths."

"Christians who love their country often slip into thinking that God needs their country. Many American Christians, exploited by mendacious leaders and abetted by confused ones, have fallen hard for this heresy. Like all heresies, Christian nationalism leads to trouble—for church and nation alike. Paul Miller, a conservative evangelical political theorist, launches a full-spectrum attack on Christian nationalism from the standpoint of classical liberalism. Read and consider his case with care."

John Owen, Taylor Professor of Politics and senior fellow at the Institute for Advanced Studies in Culture at the University of Virginia

"This is the nuanced, constructive approach to Christian nationalism that I have longed for that takes this moment in our history seriously, condemns what needs to be condemned, but also offers a clear and viable vision of what Christian political participation should and could be. Paul Miller defines the problem and identifies bad actors and expressions, but he does this necessary work for a greater purpose: orienting our political vision toward the common good."

Michael Wear, author of Reclaiming Hope: Lessons Learned in the Obama White House About the Future of Faith in America

"Paul D. Miller, a politically conservative, patriotic, old-style Republican, offers a thoughtful Christian critique of the most recent versions of Christian nationalism and its antecedents. Conservative Christians who suspect he may be wrong should at least give him a hearing. More progressive Christians can also learn from this balanced and constructive approach."

How to Be a Patriotic Christian

What Are Christians For? 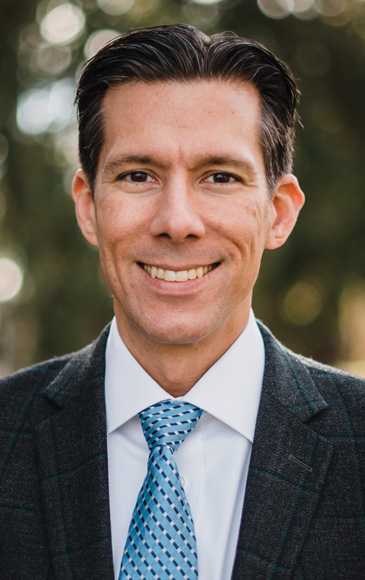