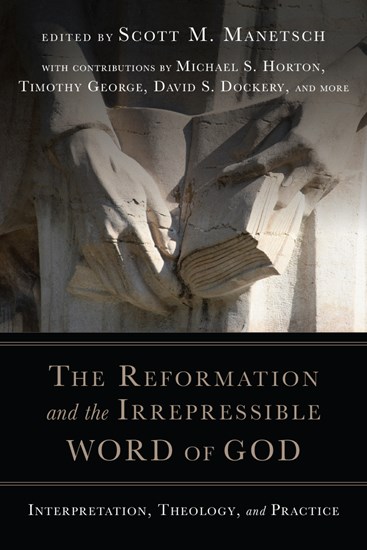 The Reformation and the Irrepressible Word of God

According to Scripture, the Word of God is "living and active" (Heb 4:12).

That affirmation was embraced by the Protestant Reformers, whose understanding of the Christian faith and the church was transformed by their encounter with Scripture.

It is also true of the essays found in this volume, which brings together the reflections of church historians and theologians originally delivered at Trinity Evangelical Divinity School on the occasion of the 500th anniversary of the Reformation. As they consider historical, hermeneutical, theological, and practical issues regarding the Bible, these essays reveal that the irrepressible Word of God continues to transform hearts and minds.

"In every corner of the world, millions commemorated the five hundredth anniversary of the Protestant Reformation (1517-2017). But seldom was the Reformers' own emphasis on Scripture as the very Word of God, the norm to norm all others in the teaching of the church, given such clear expression as in the lectures published here. This is a treasure-trove for students, Christian laity, and clergy. It will take you to the engine of the evangelical movement and remind you that its founders still have much to teach us all about the power of the Bible to convict, save, sanctify, and put us in touch with God, showing us how to live and love in ways that truly make a difference."

"Scott Manetsch and his contributors provide fresh and lively essays on Scripture and Reformation history, indispensable for the church today. Protestant reformers studied Scripture not simply as 'a collection of devotional insights,' and today, we should not view Scripture as a cudgel of first-century values over twenty-first-century ideas on issues such as the role of women's leadership in the church but rather as 'the very essence of the Christian gospel.' For example, Manetsch's essay on Jean Crespin's book of martyrs conveys the excitement that sixteenth-century Christians found in the Word and their tenacity until death. Likewise, Michael Haykin brings to life in a minibiography the great English preacher and martyr Bishop Hugh Latimer. And Timothy George uses nonevangelicals such as Dietrich Bonhoeffer to exhort evangelicals to hold on to their Reformation roots and the charisma of the Bible rather than that of individual preachers. As a Lutheran, I find this book attractive to evangelicals within denominations founded in the sixteenth century as well as to evangelical churches today."

"This book brings us back to the heart of the matter: the centrality of the gospel and Scripture for the Protestant reformers. By demonstrating the guiding role the Bible played in the sixteenth century for pastoral care, preaching, the devotional life of lay and clergy alike, understandings of justification and sanctification, and practices of the priesthood of all believers, the various authors not only illuminate the key commitments of the Protestant reformers, they also deftly connect these matters to crucial questions facing evangelical Christians today."

"These eight essays and the afterword both stimulate and edify. Everywhere we see the evidence of a strong team with an expert coach. The result is a scholarly but accessible book that advances Reformation studies and offers a clear win for a magisterial doctrine of Scripture. I heartily recommend it to students and experts alike."

"Martin Luther and the Reformation were inextricably connected. But perhaps surprisingly, it is often forgotten how intimately bound Luther saw the Reformation to Scripture. His mission insisted on it being recovered by the church so it could be assiduously studied and carefully read by clergy and laity alike. In these excellent essays, leading scholars explore the heart of the Reformation revealing Luther's passion for the reformation of the church according to the Word of God. The contributions consider Luther's insights on biblical interpretation, preaching, pastoral care, justification by faith, and the Christian life. These biblical themes, once so precious to the Reformer, are again recommended to all as Luther's vision, to have a church true to the Scriptures, remains essential for the proclamation of the gospel of Christ. Don't miss the opportunity to add an outstanding study to your books on the Reformation. Luther's trust in the Word of God will encourage you in your ministry for Christ and his people."

Part Four: The Christian Life in the Reformation
7. The Sainthood of All Believers: The Bible and Sanctification (Thomas H. McCall)
8. Luther and the General Priesthood: An Embedded Account (David J. Luy) 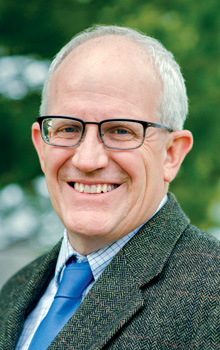 Scott M. Manetsch (PhD, University of Arizona) is professor of church history at Trinity Evangelical Divinity School. He is the associate general editor of the Reformation Commentary on Scripture and the author of Calvin's Company of Pastors: Pastoral Care and the Emerging Reformed Church, 1536-1609.