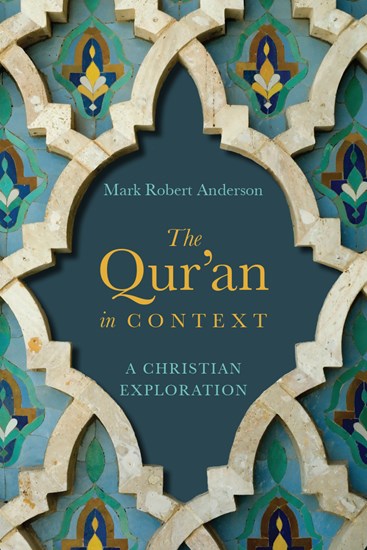 The Qur'an in Context

For most Westerners, the Qur'an is a deeply foreign book. Christians who venture within this sacred scripture of Islam encounter a world where echoes of biblical figures and themes resound. But the Qur'an speaks in accents and forms that defy our expectations. For it captures an oral recitation of an open-ended drama, one rooted in seventh-century Arabia. Its context of people, events and ideas strikes us not only as poetically allusive but as enigmatic. And yet the Qur'an and its contested interpretations scroll in shadowed text between the headlines of our daily news.

In The Qur'an in Context Mark Anderson offers a gateway into the original world and worldview of the Qur'an. With keen attention to the Qur'an's character, reception and theology, he opens up a hermeneutical space for Christians and others to engage its fabric of religious claims. The Qur'an's theology, anthropology, soteriology, spirituality as well as its portrayal of Jesus are all carefully examined. Finally, the Qur'an's claim to be the Bible's sequel is probed and evaluated.

Forthright in Christian conviction and yet sympathetically open to dialogue, The Qur'an in Context is a reliable guide for those who want to explore the holy book of Islam in its varied facets.

"Mark Anderson has produced an excellent, incisive, well-researched book highlighting similarities and distinctives between the Qur'an and the Bible. His research is impeccable and his conclusions will stand the test of scholarly investigation. Anderson avoids the pitfalls of inflammatory us-them polemics. He enters into the realities of the Muslim worldview by exploring the seventh-century context of the Qur'an, on which Muslim belief and behavior is built. Without reservation, I commend Anderson's work to all who desire to move beyond 'breaking news' and sensationalism and come to grips with the inside story of who Muslims really are."

"Demonstrating a familiarity with contemporary scholarship and respect for Muslim sensitivities, Mark Anderson describes the context in which the Qur'an arose and how it both reflected and challenged that world. While comparing and contrasting Qur'anic and biblical theology and the character of Jesus in the Qur'an and the Bible, he shows how close and how far apart they are. This study provides an excellent foundation for an informed and sensitive discussion with Muslims."

"As well as providing a well-informed and nuanced introduction to the current scholarly debate over Islamic origins, The Qur'an in Context offers a substantial, theologically serious and at points provocative discussion on the Qur'an in its interface with the Bible and the core themes of the Christian faith. This lucid and thought-provoking study makes a significant contribution from an Evangelical and Reformed perspective to the wider field of Christian engagement with the scripture at the heart of Islam."

"This is a theological and academic evaluation of the Qur'an and its teachings. It's a scholarly but worthwhile read. Recommend to missionaries, evangelism and apologetics professors, and laypeople serving Muslim peoples."

Part I: Qur'anic Context
2. Muhammad and the Origins of Islam
3. Coming to Terms with Muhammad's World
4. Reading the Qur'an in Its Muhammadan Context

Part IV: Christian Response
18. An Arabic Qur'an for the Arab People
19. Could the Qur'an Be the Bible's Sequel?
20. The Bible and Qur'an: So Close, Yet So Far 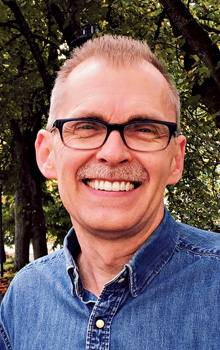 Mark Robert Anderson is the author of Faithsongs: Ancient Psalms for Today and lives in Vancouver, Canada. For over ten years, he lived and worked in the Middle East, teaching in a university and seminary. Anderson has been a member of Jacob's Well, a faith-based organization seeking mutually transformative relationships with marginalized residents of Vancouver's Downtown Eastside, and for two years he was part of a team helping homeless people find sustainable housing and employment. He has an MA in Islamic studies from McGill University and an MA in Christian religion from Westminster Theological Seminary.