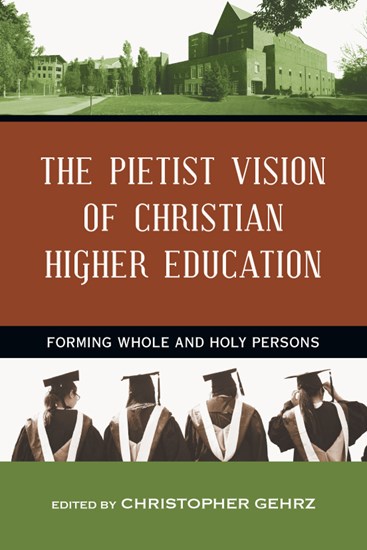 Pietism has long been ignored in evangelical scholarship. This is especially the case in the field of Christian higher education, which is dominated by thinkers in the Reformed tradition and complicated by the association of Pietism with anti-intellectualism. The irony is that Pietism from the beginning "was intimately bound up with education," according to Diarmaid MacCulloch. But until now there has not been a single work dedicated to exploring a distinctively Pietist vision for higher education.

In this groundbreaking volume edited by Christopher Gehrz, scholars associated with the Pietist tradition reflect on the Pietist approach to education. Key themes include holistic formation, humility and openmindedness, the love of neighbor, concern for the common good and spiritual maturity. Pietism sees the Christian college as a place that forms whole and holy persons. In a pluralistic and polarized society, such a vision is needed now more than ever.

"When Pietism was born as a religious movement in the seventeenth century it was as closely related to the university as it was to the church. Like the original Pietists who insisted that prayer, Bible study and love of neighbor could be wedded to academic rigor, the contributors to this volume share a vision for education that aims at both hearts and minds. These thoughtful essays, representing many different academic disciplines, will hopefully usher Pietism back into evangelical discussions about faith and learning. They surely will inspire readers to think anew about the realities and ideals of Christ-centered higher education in the current age of 'spiritual but not religious' students."

"Evangelicals want hearts and minds for Jesus Christ. Read why and how—from the university campus to the individual Christian."

"In The Pietist Vision of Christian Higher Education, Professor Gehrz makes a significant contribution to the growing literature exploring theological foundations for the life of the mind beyond the Reformed tradition. In this collection of essays, we are invited into a conversation that began among Professor Gehrz and his colleagues at Bethel University as they sought to discover the theological roots of their own institution. The book actually embodies the richness and the distinctiveness of the Pietist tradition's approach to higher education: first, the humility reflected in the careful, exploratory tone of the individual essays; second, the relational element exhibited in the collective wisdom of the entire group; finally, the impact on the heart as well as the mind, as readers are inspired and motivated to pursue a deeper understanding of their own theological roots."

Shirley A. Mullen, president and professor of history, Houghton College

"Unfairly blamed for the secularization of American colleges, Pietism has served as a source of renewal and revitalization. Channeling the insights of their German and Scandinavian forebears, Christopher Gehrz and his colleagues articulate a fresh understanding of Christian higher education. Emphasizing the religious virtues of humility and love, they show why Pietism's irenic sensibility is the perfect antidote to today's culture wars."

"I have been reading Chris Gehrz's blog 'The Pietist Schoolman' for several years and have been cheering him on as he makes a compelling and humble case for the compatibility of Pietism, the intellectual life and Christian higher education. Now Chris has gathered his academic brothers and sisters in the faith to continue the conversation. If you thought that 'pietist higher education' was an oxymoron, these essays will force you to think again."

John Fea, Messiah College, author of Why Study History?: Reflecting on the Importance of the Past

"Our friends at Bethel University here invite us not only to think about but to feel, imagine and even desire to actualize a Christian vision of higher education that engages not only heads but also hands and hearts. Herein is a robust call for a Christian university that is concerned about orthodoxy, orthopraxy, and orthopathy, and their interconnections. Evangelical thinking on these matters takes a quantum leap with this volume."

"What Gehrz and other Bethel faculty members have managed to do in these Pietism studies conferences and publishing ventures is remarkable. They have engaged and inspired Covenant scholars, as well as Lutherans, Methodists, Baptists, and several other traditions, in an ongoing discussion of the 'useable past' that can be found in Pietism as it appears in the background of American Christianity."

"The Pietist Vision of Christian Higher Education is a significant work in that it defines and explains an underemphasized and even under-recognized tradition in Christian higher education. Editor Christopher Gehrz and colleagues articulate what Douglas and Rhonda Jacobsen have shown before: that the widely celebrated 'integration of faith and learning' concept is not the only viable model for explaining the mission of the Christian academy."

Introduction: Does Pietism Provide a "Usable Past" for Christian Colleges and Universities?
Christopher Gehrz

Part I: Teaching, Scholarship and Community in the Pietist University
1. Pietism and Faith-Learning Integration in the Evangelical University
David C. Williams
2. Calling for Pietistic Community: Pia Desideria in the Classroom
Katherine J. Nevins
3. Love and Learning: A Model for Pietist Scholarship in the Disciplines
Jenell Paris
4. The Quest for an Evangelical University: The Educational Visions of Carl F. H. Henry and Carl H. Lundquist
Phyllis E. Alsdurf
5. Reconceiving the Christ-Centered College: Convertive Piety and Life Together
Roger E. Olson 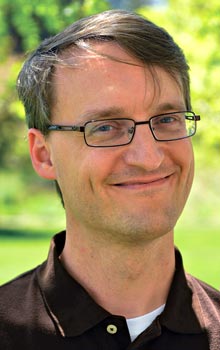 Christopher Gehrz (PhD, Yale) is professor of history and chair of the history department at Bethel University in St. Paul, Minnesota, where he also helps coordinate the Christianity and Western Culture program and contributes to the program's podcast. He is the editor of The Pietist Vision of Christian Higher Education and coeditor of The Pietist Impulse in Christianity.