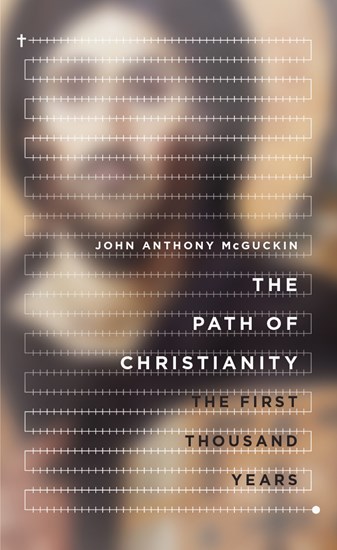 John Anthony McGuckin, one of the world's leading scholars of ancient Christianity, has synthesized a lifetime of work to produce the most comprehensive and accessible history of the Christian movement during its first thousand years. The Path of Christianity takes readers on a journey from the period immediately after the composition of the Gospels, through the building of the earliest Christian structures in polity and doctrine, to the dawning of the medieval Christian establishment. McGuckin explores Eastern and Western developments simultaneously, covering grand intellectual movements and local affairs in both epic scope and fine detail.

The Path of Christianity is divided into two parts of twelve chapters each. Part one treats the first millennium of Christianity in linear sequence, from the second to the eleventh centuries. In addition to covering key theologians and conciliar decisions, McGuckin surveys topics like Christian persecution, early monasticism, the global scope of ancient Christianity, and the formation of Christian liturgy. Part two examines key themes and ideas, including biblical interpretation, war and violence, hymnography, the role of women, attitudes to wealth, and early Christian views about slavery and sexuality. McGuckin gives the reader a sense of the real condition of early Christian life, not simply what the literate few had to say.

Written for student and scholar alike, The Path of Christianity is a lively, readable, and masterful account of ancient Christian history, destined to be the standard for years to come.

"An excellent overview of the first ten centuries of Christian history, unsurpassed in its thoroughness, clarity, and organization. This belongs in the library of anyone interested in the history of Christianity."

"This is probably the best single-volume account of the history and key themes of the undivided Christian church through the first millennium and beyond available today. Its scope is both broad and focused, covering all geographical areas and epochs of that period, yet also introducing particular key figures and providing thoughtful analyses of important topics such as the relationship between church and state or the understanding of human sexuality. It also provides well-chosen selections of primary texts for further reading. It is sure to become a standard textbook and reference work for all students of that period."

"In this massive introduction to the history of Christianity's first millennium, John Anthony McGuckin has succeeded in producing a work of great scholarly depth that is easy to read. Although, given the vast scope of this book, he has to move relatively quickly over the numerous theologians of the fourth and fifth centuries, who have been well treated elsewhere, McGuckin is at his brilliant best in rehabilitating the theologians of the second and early third centuries—theologians whose fundamental importance for all later forms of Christianity he demonstrates in definitive fashion. When he turns to particular themes of Christian faith and practice, he combines a master historian's attention to differences between epochs with a master theologian's open willingness to take sides in controversies. A marvelous achievement!"

"This is a monumental work that wonderfully synthesizes a dazzling array of virtues. It is vastly comprehensive, but also enlivened by a judicious selection of concrete detail; deeply learned, yet written with elegant lucidity; it takes the reader on a brisk march through Christian history while also offering historically situated contemplations of perennial Christian themes and preoccupations, such as philanthropy and sexual morality. John McGuckin's prodigious talents as a scholar and teacher, honed over decades, here achieve a brilliant and widely accessible distillation."

"To attempt a study of this kind of historical, geographical, prosopographical, literary, and theological scope for a period as massive as the first ten centuries of the Common Era is as ambitious as it is daring. To actually do so, not only with comprehensiveness but with real depth of insight, is an extraordinary achievement. John McGuckin is one of the most learned and energetic historians of early Christianity in the world, and this fine work may be the capstone of his many distinguished studies. From Christian polity to liturgy, from perspectives on war to practices of healing, from views of slavery to views of art, this spectacular volume covers themes largely untouched in earlier macrohistories of the early church."

"John McGuckin has already provided several comprehensive guides to Eastern Orthodoxy. In this book, he discusses the history of the whole church during the first millennium, when there was yet no schism between East and West. He discusses not simply the public story of the institutional church, as is customary, but pays careful attention to what it was like to be a Christian in this period: how Christians prayed and worshiped, and how they dealt with wealth and poverty, not to mention slavery. Fr. John tells his story with immense erudition and insight, but simply and directly. The result is a rare achievement of immense value to all Christians as they seek to understand their past—and their future."

"Rummaging around John McGuckin's magisterial, encyclopedic, and very big history of the first millennium of Christianity, The Path of Christianity uncovers some delightfully unexpected treasures."

"This book may be massive, but every page exalts Jesus Christ."

Part I: The Church's Pilgrim's Path
1. The Fertile Second Century
2. Blood in the Arena: The Age of Persecutions and Resistance: Second to Third Centuries
3. Coming of Age: Christianity in the Third Century
4. The Gospel on the Throne: Christians in the Fourth-Century East
5. Reconciling the World: Christian Ascetical and Penitential Imperatives
6. Remaking Society: The Church in the West in the Fourth to Sixth Centuries
7. A Church of the Nations: Ancient Global Christianity
8. The Rise of the Ecumenical Conciliar System in the Fifth to Sixth Centuries
9. The Emergence of Christian Byzantium in the Sixth to Ninth Centuries
10. The Flourishing of Medieval Rome in the Seventh to Tenth Centuries
11. The Formation of Christian Liturgy
12. The Great Parting of Ways: Greek East and Latin West in the Tenth to Eleventh Centuries

Epilogue
Appendix 1: The Seven Ecumenical Councils: A Brief Guide
Appendix 2: List of the Roman Popes to 1054 and the Patriarchs of Constantinople to 1453
Appendix 3: List of The Roman Emperors to 1453
Author Index
Subject Index 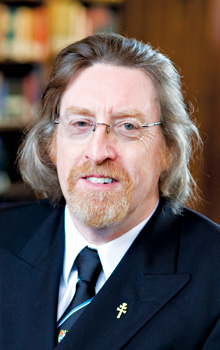 John Anthony McGuckin held the Nielsen Chair in Late Antique Christian History at Union Theological Seminary and was professor of Byzantine Christian Studies at Columbia University in New York City. He is an archpriest of the Romanian Orthodox Church, and rector of the Orthodox Church in Lytham St. Annes, England. He serves on the faculty of church history at Oxford University, and is a fellow of the Royal Historical Society of the United Kingdom.