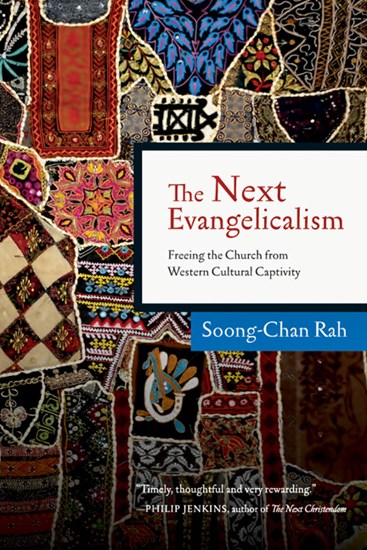 The future is now. Philip Jenkins has chronicled how the next Christendom has shifted away from the Western church toward the global South and East. Likewise, changing demographics mean that North American society will accelerate its diversity in terms of race, ethnicity and culture. But evangelicalism has long been held captive by its predominantly white cultural identity and history.

In this book professor and pastor Soong-Chan Rah calls the North American church to escape its captivity to Western cultural trappings and to embrace a new evangelicalism that is diverse and multiethnic. Rah brings keen analysis to the limitations of American Christianity and shows how captivity to Western individualism and materialism has played itself out in megachurches and emergent churches alike. Many white churches are in crisis and ill-equipped to minister to new cultural realities, but immigrant, ethnic and multiethnic churches are succeeding and flourishing.

This prophetic report casts a vision for a dynamic evangelicalism that fully embodies the cultural realities of the twenty-first century. Spiritual renewal is happening within the North American church, from corners and margins not always noticed by those in the center. Come, discover the vitality of the next evangelicalism.

"Soong-Chan Rah doesn't just write about the changing face of evangelicalism; he is leading it. As a church planter, pastor, professor and scholar Rah is actively creating a path forward for Christians who have been caught in the traps of individualism, consumerism and racism. With real-world experience and depth of wisdom he paints a picture of church done differently and points to models, leaders and communities that are already blazing this trail. For anyone who wants to understand the future of the church in this new century, The Next Evangelicalism is a must-read."

"One of the most important changes now going on in American--and indeed world--religion is the profound transformation of evangelicalism, a movement which encompasses hundreds of millions of people. This book is the best and most balanced treatment of the subject now available. It is well researched, clearly written and comprehensive."

Harvey Cox, Hollis Professor of Divinity, Harvard University, and author of When Jesus Came to Harvard

"It's already shifted! America will soon be a minority-majority. Already some cities are. Who will lead the way into the future? You may be surprised to know there is a rising group of third-culture, liminal citizens forging paths of influence in every sector of society. Soong-Chan Rah in his book The Next Evangelicalism powerfully provokes us to take a hard look at our sins against the immigrants and this rising tide of the next generation of Christ-followers representing many tribes and nations."

Dave Gibbons, lead pastor of NEWSONG and author of The Monkey and the Fish: Liquid Leadership for a Third-Culture Church

"Equal parts pastor, teacher and activist, Soong-Chan Rah sounds a loving but prophetic call for reform and reconciliation. His passion should not be misconstrued as condemnation. Rather, this book is about family business. May the evangelical community listen and grow."

Edward Gilbreath, editor of UrbanFaith.com and author of Reconciliation Blues

"A confrontational and provocative book in the best biblical sense! Soong-Chan Rah's prophetic text is a must-read! Given the cultural captivity and decline of the Western ('white') church, and the reality of nonwhite global Christianity, this important book provides us both a serious biblical, theological, and sociocultural analysis and critique of the white church, while giving us a positive vision and models of the ever increasing nonwhite and ethnic church in America that we'd do well to emulate."

"Powerful, prophetic words. Rah's message about cultural captivity is one we need to hear and to share with others."

"In this important book Soong-Chan Rah provides a compelling case that the dominant forms of North American Christianity have become enslaved by the patterns and assumptions of Western culture to the detriment of the gospel. Rah seeks to liberate the church from this cultural captivity by inviting readers to learn from the wisdom of communities that have generally been marginalized by the traditional church. The future of Christian witness in North America depends on listening to these voices and learning the lessons they have to teach."

"Soong-Chan Rah's The Next Evangelicalism is a book of amazing grace. It shows the American church how desperately blinded we are by Western colonization and white privilege. But more significantly, it helps us see God's liberation from this captivity, and how he's using churches of the marginalized to set us free."

"Writing with uncanny nerve and refreshing candor, Rah 'captured' me from his first paragraph. As a fellow liminal Asian American evangelical pastor and leader, I too have been beckoned to join elite circles of white, wonderful Christians, only to wonder if they really valued my unique point of view or merely my appearance. Rather than just describing the problem, Rah offers a biblically infused, socioculturally informed take on the future of evangelicalism that deserves to be taken seriously by us all."

"Soong-Chan Rah has a strong and prophetic message for the entire church regarding the changing face of Christianity in the United States and throughout the world. If we are going to be faithful to God's vision of extending his love to the entire planet, it will take leaders from every ethnic group fully empowered to lead. In The Next Evangelicalism Soong-Chan provides us with important insights to help us see this diverse kingdom vision become a reality."

"Behold, a prophet walks among us. With personal narrative, pastoral experience and excellent research, Soong-Chan Rah exegetes the present and calls the church to be released from its white, Western cultural captivity. After demonstrating how indeed the church is stuck, Rah draws from the experiences of African American, Native American, immigrant and second-generation churches to free the church so that it can become the multicultural and holistic community that God has called it to be. The Next Evangelicalism is biblical prophecy at its best, summoning God's people to reconciliation, justice and faithfulness. As such, it is guaranteed at once to disturb, challenge, encourage and inspire."

"The Next Evangelicalism reminds me of July 4: there's plenty to celebrate and there are fireworks going off in all directions! But I kept asking myself: What will this next evangelicalism celebration do to us? Will we stay the same or will we follow the leading of God's Spirit into the next era of evangelicalism, one that will surely be unlike what we have now? Sit down, open this book, and get ready to duck!"

"In this manifesto for change, Soong-Chan Rah calls for the church to break free from limiting and exclusive paradigms and fully embrace the dramatic cultural diversity that is rapidly defining the twenty-first century in the United States. His powerfully persuasive pen engages and challenges the reader in ways that radically transform how church life is to be understood, shaped and lived. Everyone who cares about the Christian church in the United States needs to read The Next Evangelicalism. This book ignites hope for reconciliation in the world through the church."

"Soong-Chan Rah explores the impact of ethnic and geographic shifts on the present and future state of evangelicalism. He gives us fair warning that parts of his heartfelt book are 'intended to provoke,' and they will. But that doesn't stop his book from being timely, thoughtful and very rewarding."

"Soon-Chan Rah calls the North American church to open their eyes to the great evangelism possibilities of our time. While many mainline white Christian congregations are struggling hard to add just one member, our immigrant and multiethnic churches are flourishing. This book is well written, comprehensive and the best of the subject. Mr. Rah is equal parts pastor, teacher and activist. He calls us to take a hard look at our sins against the immigrants and those not of white privilege."

"A needed wake-up call to Western Christians, many of whom have failed to come to terms with the implications of the drastic changes taking place. Pastors and leaders of immigrant congregations will be enlightened by the author's second generation insights. Although the primary audience is the Western Church, the author's message is relevant for the immigrant Church as well as for Christian communities in Asia, Africa and Latin America."

"Rah skillfully tackles topics even those regularly engaged in racial reconciliation evade in public settings, and addresses how captivity to White privilege and Western cultural pressures (individualism, consumerism, materialism) have influenced the Church's theology, bibilical priorities and interpretations, and ministry strategies. Rah's unique argument intersects with his call to mutuality and reciprocity, underscoring the importance of what Western Christianity must learn from immigrant and ethnic minority groups, and from the global South, in order to maintain a vibrancy in the next evangelicalism."

"Two unambiguous reactions will surely be provoked by Soong-Chan Rah's message in The Next Evangelicalism. Some people will embrace it enthusiastically; others will cringe and cover their ears. As I read through the book, I often compared Rah to a biblical-era prophet--people will either want to follow him or assasinate him. Rah's book does not seek to inspire the superficial reconciliation of people but to realize true reconciliation within the body of Christ."

"An insightful and challenging book. I highly recommend it. The Next Evangelicalism is a good wake-up call for how we need change."

"The book is not a race-based rant but a heartfelt plea that Christians receive all the gifts God has for them, including those that don't confirm their culture's values. He also challenges American believers to examine critically the version of Christianity they are exporting to the world, sometimes with unfortunate results."

"While Rah's tone is challenging, his message is ultimately one of hope. If we heed his message, a renewed vision for this kind of multi-cultural Christianity can bring new life to Christ's church in the United States."

"A strong read for those who want to prepare their church for cultural transformation."

"Challenges North American Evangelical Christianity to throw off the chains of its oppression--what he calls the 'Western cultural captivity of the Church'--and embrace a multi-ethnic and diverse evangelism that reflects the church's contemporary constituency."

"Stories of churches resisting ethnic change in communities, or learning from and embodying ethnic change, are a strong part of his analysis. Rah rocks the white evangelical citadel with this book." 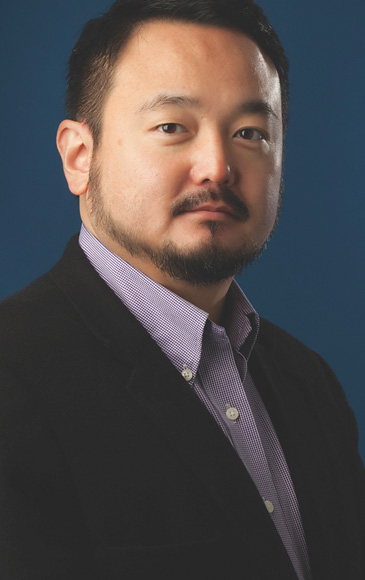