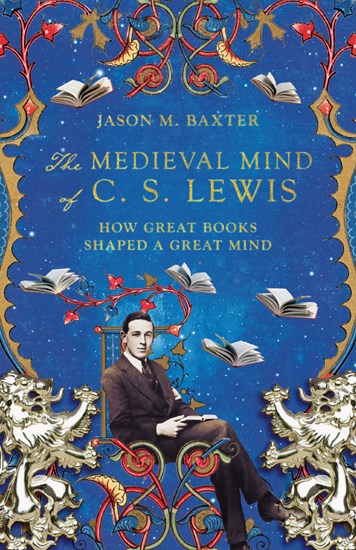 C. S. Lewis had one of the great minds of the twentieth century.

Many readers know Lewis as an author of fiction and fantasy literature, including the Chronicles of Narnia and the Space Trilogy. Others know him for his books in apologetics, including Mere Christianity and The Problem of Pain. But few know him for his scholarly work as a professor of medieval and Renaissance literature.

What shaped the mind of this great thinker? Jason Baxter argues that Lewis was deeply formed not only by the words of Scripture and his love of ancient mythology, but also by medieval literature. For this undeniably modern Christian, authors like Dante and Boethius provided a worldview that was relevant to the challenges of the contemporary world.

Here, readers will encounter an unknown figure to guide them in their own journey: C. S. Lewis the medievalist.

"Without the rich spiritual and literary legacy of the Middle Ages, C. S. Lewis would not have matured into the great apologist, essayist, and fiction writer that he became. Dante scholar Jason Baxter is just the right person to open up that legacy for modern readers and trace how deeply Lewis was shaped not only by the medieval worldview but by the way the medievals thought and felt and interacted with the spiritual and natural world around them."

Louis Markos, professor in English and scholar in residence at Houston Baptist University, author of On the Shoulders of Hobbits: The Road to Virtue with Tolkien and Lewis

"Following closely on his well-received works on Dante and on Christian mysticism, Jason Baxter here opens a window onto the bookshelves and study habits of C. S. Lewis, finding rightly that medieval authors have much more profoundly shaped his imagination and theology than most contemporary criticism has noticed. This well-written volume will be of interest both to seasoned scholars and undergraduate students; for the latter it will prove an invaluable introduction to a rich body of great Christian writing."

"As the author of A Beginner's Guide to Dante's Divine Comedy, Jason M. Baxter is uniquely qualified to guide us through the medieval mind of C. S. Lewis. Those wishing to delve deeper into the ancient roots of Lewis's inspiration and imagination need look no further. Professor Baxter, like Virgil, is a trustworthy guide."

Joseph Pearce, author of Further Up and Further In: Understanding Narnia and Tolkien: Man and Myth

"I am often lamenting about what our culture has lost. C. S. Lewis is one of our sages who revitalizes the premodern world so that we can again reclaim an enchanted vision of reality. In this book, Jason Baxter offers the church what we've longed for—the tools by which Lewis embodied the medieval worldview—so we too can imitate this forgotten way of seeing."

Jessica Hooten Wilson, Louise Cowan Scholar in Residence at the University of Dallas and author of Giving the Devil His Due: Flannery O’Connor and The Brothers Karamazov

"In this beautifully written book, Jason Baxter invites us to breathe the air of the medieval world that was C. S. Lewis's natural home, providing rich insight into the philosophical and theological imagination that shaped Lewis's thought and writing. But much more, Baxter helps us grasp the urgency Lewis felt to convey the beauty and grandeur of that age to us moderns, who live in a mechanized universe that is robbed of transcendence. This book is a vital resource not only for understanding Lewis and his world but also for making sense of our own."

"C. S. Lewis described himself as a 'dinosaur'—a member of an otherwise extinct species who could still breathe the air of the Middle Ages and could therefore make it come alive for others. Jason Baxter does a great job of surveying and unpacking this whole side of Lewis's work and its sophisticated, sacramental, and symphonic qualities. The result is a thrilling, moving, and even dangerous ride. Welcome to Jurassic Park!"

Michael Ward, University of Oxford, author of Planet Narnia: The Seven Heavens in the Imagination of C. S. Lewis
More

Acknowledgments
Abbreviations
Introduction: The Last Dinosaur and the Surprising Modernity of the Middle Ages
1. The Lost Cathedral: The Medieval Cosmos
2. Breathing Narnian Air: Lewis's Medieval Apprenticeship
3. From Symphony to Machine: The Death of Antiquity and the Birth of the World of Speed
4. Evil Enchantment: Psychology and Pedagogy in Flatland
5. Why Lewis Loved Dante: Counterspells and the Weight of Glory
6. How to Pray to a Medieval God: C. S. Lewis and Mysticism
7. Deep Conversion and Unveiling: When the "It" Becomes a "You"
8. Modern Science and Medieval Myth: The Relevance of Medieval Cosmology
Conclusion: Nostalgia for the Future
General Index
Scripture Index

From Achilles to Christ 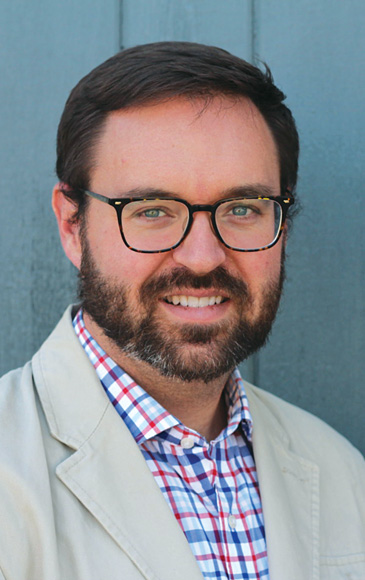 Jason M. Baxter (PhD, University of Notre Dame) is associate professor of fine arts and humanities at Wyoming Catholic College. He is the author of An Introduction to Christian Mysticism, The Infinite Beauty of the World: Dante's Encyclopedia and the Names of God, and A Beginner’s Guide to Dante's Divine Comedy.