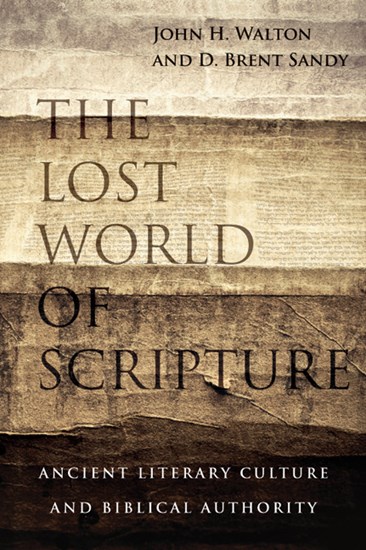 From John H. Walton, author of the bestselling Lost World of Genesis One, and D. Brent Sandy, author of Plowshares and Pruning Hooks, comes a detailed look at the origins of scriptural authority in ancient oral cultures and how they inform our understanding of the Old and New Testaments today.

Stemming from questions about scriptural inerrancy, inspiration and oral transmission of ideas, The Lost World of Scripture examines the process by which the Bible has come to be what it is today. From the reasons why specific words were used to convey certain ideas to how oral tradition impacted the transmission of biblical texts, the authors seek to uncover how these issues might affect our current doctrine on the authority of Scripture.

"In this book we are exploring ways God chose to reveal his word in light of discoveries about ancient literary culture," write Walton and Sandy. "Our specific objective is to understand better how both the Old and New Testaments were spoken, written and passed on, especially with an eye to possible implications for the Bible?s inspiration and authority."

"The nineteenth-century doctrine of inerrancy is gently introduced to the twenty-first century by two sympathetic insiders. As an inerrantist myself, I fret that Scripture is being stretched Procrustean-style onto an Enlightenment framework. There's nothing inherently wrong with the doctrine; it's merely a poor fit. Elsewhere, I argued that modern authorship describes poorly NT letter-writing customs. Walton and Sandy take those same concerns to the entire canon. Noting that Scripture arose in a 'text-possible-but-hearing-prevalent society,' they argue that text-dominant cultures like ours inappropriately emphasize documents (versus texts which can be oral or written). We tend to view oral societies as the uneducated country cousins of our more sophisticated, urban, literate societies. For us, an oral story is just intrinsically inferior to a written story, and thus we want our Scriptures to have been written texts from the very beginning. This is our bias, not God's. He spoke, not wrote. While evangelical systematic theologians rally for traditional inerrancy, evangelical biblical scholars (who are more likely to wrestle with the origins of the text) see how inerrancy works better for Luke than it does for Jeremiah. Walton and Sandy suggest a model that emphasizes an authority as the 'fountainhead'; they posit a process that resembles more Wikipedia than our solitary, contemporary author but still results in an inerrant canonical text. Jeremiah was the authoritative prophet who first spoke, not the author of the final book. Admittedly, this is hard for modern Westerner evangelicals; however, our digital age may carry us back to the future where a solitary author stops being the sole model for authority. Writing to fellow inerrantist scholars, Walton and Sandy ask all the right questions--the questions many are afraid to ask--and they seek to affirm the absolute authority of Scripture as the inerrant, infallible Word of God. Some will hail them as paving the way forward; others will paint them as caving to liberalism. All of us need to read this book."

"Clear, rigorous, innovative, well-informed and honest wrestling with a perpetual problem: how the phenomena of Scripture and the doctrine of inerrancy interrelate. Its application of cultural theory ('oral' vs. 'literary' cultures) and speech-act theory bears much fruit. Rich food for thought for students and scholars alike."

"In The Lost World of Scripture authors John Walton and Brent Sandy have put together in a reader-friendly format the results of several decades of learned scholarship in ancient literacy and book culture. Scholars and laity alike have not understood well this vital topic, often unconsciously reading (and judging) the Bible with modern expectations and then either criticizing or defending it unfairly and unrealistically. Lying behind this thinking is often a brittle fundamentalism, whether motivated by skepticism or zealous apologetic, that simply does not understand what biblical literature really is. Walton and Sandy expose the confusion and provide readers with a reliable road map. This book belongs in every library."

"Walton and Sandy have given us an important, even courageous, book. Firm advocates of the high authority of Scripture, they fully understand the deficiencies of many evangelical conceptions concerning the Bible's literary production as well as its interpretation. Those who read and appreciate this book will find their understanding of Scripture enriched and their love for God, its ultimate author, deepened."

"Exciting discoveries are occurring in the field of biblical studies, providing insights for the interpretation of biblical texts. Walton and Sandy discuss some of these findings--specifically, how the oral culture and the biblical literature proceeding from it were not concerned with reporting events with a modern idea of precision. This finding touches directly on the doctrine of biblical inerrancy. While both authors teach at Wheaton College and hold the doctrine of biblical inerrancy, they contend that the term 'inerrancy' may have become inadequate for defining 'our convictions about the robust authority of Scripture' and propose alternate language for discussing biblical authority. This well-written volume provides a fresh, careful and timely contribution to the field of biblical studies and is a must-read for serious students of the Bible."

"[T]here is much to think about in this volume. I recommend it as a thoughtful reflection on the intricacies of an important doctrine."

Richard A. Taylor, Journal of the Evangelical Theological Society, 57-4

"The Lost World of Scripture carries a lot of bang for the buck. It is high time for a book such as this, and we are glad it has been written."

"The Lost World of Scripture is clearly written and carefully reasoned; the authors have laid out the chapters in propositions to help readers follow the logical progression of the contents. Recommend this book especially to pastors, seminary and Bible college students, and other serious students of the Bible."

"Walton and Sandy are to be commended for giving significant time and thought to the theological implications of their propositions. Lost worlds are attractive to explorers for the wonders to be found there, and this book has the potential to help a wider audience find the joy of a scholarly and trusting reading of the Bible, rather than merely seeing the dangers of modern scholarship."

Part I. The Old Testament World of Composition and Communication
Proposition 1: Ancient Near Eastern societies were hearing-dominant and had nothing comparable to authors and books as we know them
Proposition 2: Expansions and revisions were possible as documents were copied generation after generation and eventually compiled into literary works
Proposition 3: Effective communication must accommodate to the culture and nature of the audience
Proposition 4: The Bible contains no new revelation about the workings and understanding of the material world

Stepping Back and Summing Up: How the composition of the Old Testament may be understood differently in light of what is known of ancient literary culture

Part II. The New Testament World of Composition and Communication
Proposition 5: Much of the literature of the Greco-Roman world retained elements of a hearing-dominant culture
Proposition 6: Oral and written approaches to literature entail significant differences
Proposition 7: Greek historians, philosophers, and Jewish rabbis offer instructive examples of ancient oral culture
Proposition 8: Jesus' world was predominantly non-literate and oral
Proposition 9: Logos/Word referred to oral communication, not to written texts
Proposition 10: Jesus proclaimed truth in oral forms and commissioned his followers to do the same
Proposition 11: Variants were common in the oral texts of Jesus' words and deeds
Proposition 12: Throughout the New Testament the primary focus was on spoken rather than written words
Proposition 13: Exact wording was not necessary to preserve and transmit reliable representations of inspired truth

Stepping Back and Summing Up: How the composition of the New Testament may be understood differently in light of what is known of ancient literary culture

Part IV. Concluding Affirmations on the Origin and Authority of Scripture
Proposition 18: Scripture confirms its fundamental oral nature
Proposition 19: Scripture asserts its divine source and illocution
Proposition 20: Inerrancy has its strengths and weaknesses
Proposition 21: Belief in authority not only involves what the Bible is but also what we do with it 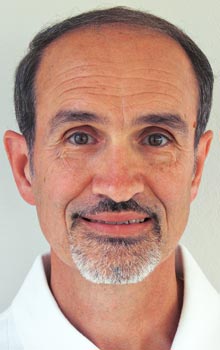