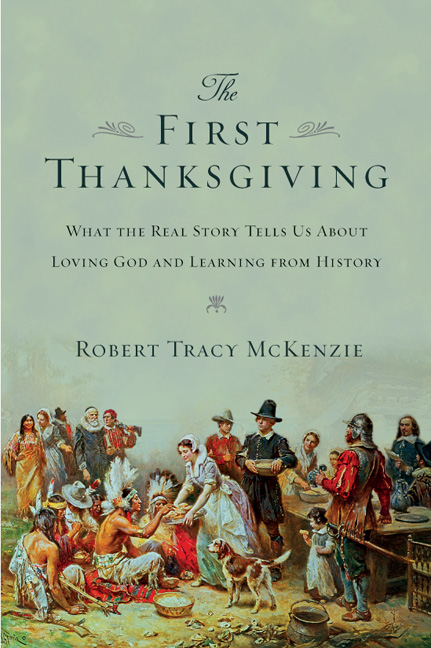 The Pilgrims' celebration of the first Thanksgiving is a keystone of America's national and spiritual identity. But is what we've been taught about them or their harvest feast what actually happened? And if not, what difference does it make?

Through the captivating story of the birth of this quintessentially American holiday, veteran historian Tracy McKenzie helps us to better understand the tale of America's origins—and for Christians, to grasp the significance of this story and those like it. McKenzie avoids both idolizing and demonizing the Pilgrims, and calls us to love and learn from our flawed yet fascinating forebears.

The First Thanksgiving is narrative history at its best, and promises to be an indispensable guide to the interplay of historical thinking and Christian reflection on the meaning of the past for the present.

"If you want to rediscover the 'first Thanksgiving' and learn what difference studying history makes--well, you couldn't do better than reading this one volume. By looking at the Pilgrims afresh, they come alive to remind us 'how we mean to live and do not yet live.'"

"McKenzie's book is both an engaging account of New England's first Thanksgiving and an excellent introduction to how to think both critically and constructively about history."

George Marsden, author of A Short Life of Jonathan Edwards

"What makes The First Thanksgiving such a refreshing read is that McKenzie gives fewer pages to debunking folk tales about the Pilgrims and Thanksgiving than he does to inspiring desire for a kind of historical inquiry that enriches human wisdom through moral and spiritual reflection. Warm-hearted, intelligent and wonderfully surprising, this book will be read and appreciated by students and scholars alike, and especially by history lovers interested in what history is and what it is good for."

"Tracy McKenzie's clearly written and thoughtfully accessible book should be read with appreciation by a wide audience. It combines solid historical treatment of early American Thanksgivings with a perceptive understanding of historical method in general, and it does so by underscoring the profound Christian stake in history. It is one of those rare books that is perfectly suited for young readers but also of real value to those of us who have been around for a long time."

"As a teacher, I am always on the lookout for brief, well-written models of historical thinking that I can immediately thrust into the hands of undergraduates. I absolutely loved the chapter on why it took Thanksgiving so long to take root. This work models historical thinking with incandescent lucidity."

"Revisionist histories were once the rage, as academics sought recognition by shaking us from deeply and dearly held perceptions of the past with revelations of novel and counter 'facts.' McKenzie works the opposite direction, resurfacing the history we have forgotten regarding one of our most treasured holidays--Thanksgiving--to help reexamine and reinforce our most important convictions regarding faith and culture."

"McKenzie helpfully calls us away from the use of 'revisionist' as a pejorative for history we do not like. History is not received like Scripture. And the history of Thanksgiving was subject to lots of revision over the years, especially in the middle of the 19th century. The Pilgrim story, McKenzie points out, was not culturally convenient prior to and immediately after the Civil war, with the New England connection to the tradition quite strong, abolitionist governors using their Thanksgiving proclamations to decry slavery, and Native Americans not especially respected. . . . McKenzie argues for an alternative, for the practice of history done Christianly. . . . Combining knowledge with humility should be our goal in the study of the past. Refraining from self-flattering moral judgment, we should pursue history as an opportunity for moral reflection, looking to what figures in the past say about their own time, and for all time."

"It is no doubt too hopeful to imagine that The First Thanksgiving will change how large numbers of Americans understand the Pilgrims or look upon Thanksgiving. But one can hope that the book makes its way into the hands of a wide range of audiences including Christian college students and faculty, elementary and secondary education teachers, adult Christian education classes, general Christian readers, and even secular university classes interested in an excellent primer on thinking historically. If it does, there is some chance by the time Americans sit down to celebrate the 400th anniversary of the Pilgrims' first Thanksgiving in 2021, more of us will be better equipped to receive well the gifts that historical study can provide, including the feast that our Pilgrim forefathers and mothers offer."

"Tracy McKenzie has written two books in one. The first may be read for fun and profit by anyone interested in the 'real story' of Thanksgiving. The second is primarily intended to help American Christians think in a Christian manner about our nation's history. There are a host of books that smugly dissect popular 'myths' or 'lies' about American history. Fortunately, this is not one of them. It is true that McKenzie dispels a number of common beliefs about Thanksgiving, but he does so in a winsome, engaging manner."

"The First Thanksgiving emphasizes the Pilgrims' firm commitment to God and highlights beliefs today's Christians might disagree with, such as refusing religious tolerance. Throughout the book, McKenzie uses carefully selected biblical scriptures to assure readers that history has a place in Christianity, but Christians must be careful not to place faith in historical figures or America. Instead, they should follow the Pilgrims' lead and strive to make heaven their home. . . . Christians who embrace the strategies used by historians that McKenzie skillfully teaches, may never view the past the same again."

"McKenzie shows readers how historians arrive at their necessarily limited understanding of the 'real story': by evaluating and analyzing primary sources, by placing sources in context, and by imaginative reconstruction. . . . McKenzie makes his argument with brevity, clarity, and wit."

David Torbett, Interpretation: A Journal of Bible and Theology 69, no. 4
More

Introduction
1. Looking Underneath the House: The Evidence the Pilgrims Left Us
2. Remembering Odbody?s Axiom: The Pilgrims? Historical Contexts
3. Pursuing Authentic Education: Thinking About What the Pilgrims Wanted
4. Finding Heroes, Not Idols: Following the Pilgrims to America
5. Seeing Rhinos, Not Unicorns: The Strangeness of the Pilgrims
6. Discarding False Memories: The Real Story of the First Thanksgiving
7. Understanding Revisionism: How the First Thanksgiving Has Changed over Time
8. Receiving Gifts from the Past: The Search for Larger Meaning
Suggested Reading
Notes 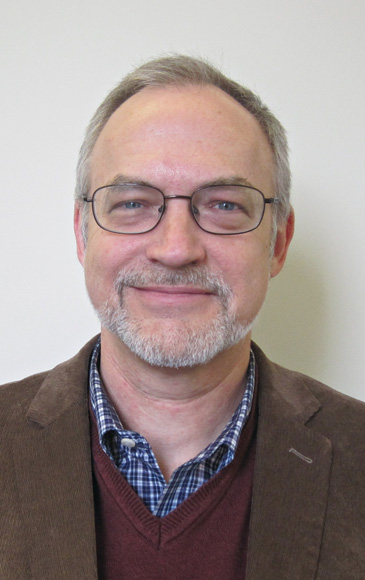 Robert Tracy McKenzie (PhD, Vanderbilt University) is Arthur F. Holmes Chair of Faith and Learning and professor and chair of the department of history at Wheaton College. He is the author of books including One South or Many?, Lincolnites and Rebels, and The First Thanksgiving: What the Real Story Tells Us About Loving God and Learning from History.