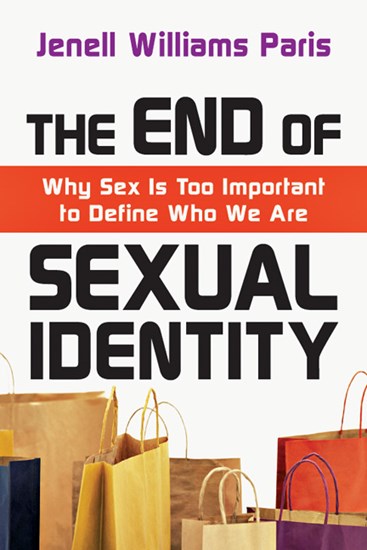 The End of Sexual Identity

Why Sex Is Too Important to Define Who We Are

subculture. And yet concepts like "gay" or "straight" are relatively recent

developments in human history. We let ourselves be defined by socially

constructed notions of sexual identity and sexual orientation--even though these

may not be the only or best ways to think about sexuality.

holiness that accounts for complex postmodern realities. She assesses problems

with popular cultural and Christian understandings of heterosexuality and

homosexuality alike. The End of Sexual Identity moves beyond

communities both inside and outside the church.

"God gave us genitals, but he didn't stop there. He made us human. What does that mean? And what is love of neighbor? What is a welcoming church? What are strengths of celibacy when supported by Christian community? Not just scholarly but also painfully and hilariously personal, this book shatters stereotypes for the sake of the kingdom."

"Jenell Paris has produced a provocative and astute diagnosis of our situation in the US: living in 'an oversexualized culture with an undersexualized spirituality.' She refuses to argue in broad generalizations and to remain content with the polarized categories that Christian reflections on sex and sexuality so often produce. As a Christian cultural anthropologist she digs below the surface and brings a sophisticated interpretation of the cultural complexity of our sexual lives. Her most piercing contribution is in challenging the 'sexual identity framework' itself that traps both Christian and non-Christian reflection on sexuality. She exposes just how paralyzed Christians become by the categories borrowed from the cultural waters we swim in, particularly the socially constructed and historically recent categories of 'heterosexual' and 'homosexual.' As someone who describes herself as a 'sex only within marriage between a man and a woman' kind of Christian, Dr. Paris's insights will surprise and challenge readers from seemingly incompatible perspectives on these issues. She is consistently gracious, but definitely not nice."

Jamie Gates, M.Div., Ph.D., cultural anthropologist and director of the Center for Justice and Reconciliation at Point Loma Nazarene University

"I love Jenell Williams Paris's suggestion that we not stuff anyone into any identity box other than the one for those Jesus calls beloved. It's exceedingly hard to say a fresh word on these matters. Paris has done so with wisdom and gentleness."

"The End of Sexual Identity is a brilliant, bold, personal and biblically grounded work that is destined to become a classic in its field. By exposing the culturally conditioned nature of our modern Western 'sexual identity framework,' Paris completely reframes Christian debates about sexual ethics and thereby helps us (finally!) move effectively in our understanding of what it means to pursue sexual holiness. As a pastor, I have to confess that this is the most helpful, paradigm-changing and stimulating book on this topic I've ever read. I couldn't recommend it more strongly!"

"This is a singularly important book, about sexuality but also about culture, and it is a model of charity, clarity and creativity. While this is certainly not the last word on Christian sexual ethics, it could be the first word of a better and more honest conversation about holiness and faithfulness amidst our age's sexual confusion."

"Jenell Paris does us a great favor by reminding us that God didn't create heterosexuals or homosexuals. People did, and fairly recently, in fact. Paris reveals the church's cultural captivity to Western ideas of sexual identity and orientation--that what we want, sexually speaking, is who we are. Humbug. Paris challenges the church with the words of Paul: don't be captive to the patterns of this world. Both heterosexuality and homosexuality--and the panoply of other possible identities and acronyms--are social constructions that pose problems for a people whose identity is to be found in Christ. Instead, Paris reminds us that God has redeemed us, called us by name and claimed us as his own. That is an identity worth affirming. Paris challenges us to live beyond sexual identity, even as we pursue sexual holiness, and provides us with a vision for what a post-sexual-identity church might look like. This is a rich book, one that is long overdue. It is theologically sound, has deep ramifications for the church and will rattle some quarters. Good."

Mark D. Regnerus, professor of sociology, University of Texas, and author of Forbidden Fruit and Premarital Sex in America

"Jenell Williams Paris brings a fresh perspective to the subject of sexual identity as she reminds us that we are all just people and far from perfect, 'each of whom is lover and loved.' She invites us to extend and receive grace even as she boldly encourages us to think a bit differently than we might about sexuality. I highly recommend it."

"Honest. Smart. Provocative. Helpful. Important. Pitch-perfect. These are only a few of the words that came to mind when I read Jenell Williams Paris's book The End of Sexual Identity. This book is a must-read for engaging the issue of sexuality in our world today. Not only does Jenell call us to a better way to engage with sexuality, she casts a beautiful vision of what sexual wholeness and a post-sexual identity church can be."

"It is exciting to me to read Christian scholars who take their faith and their discipline seriously. As a Christian and an anthropologist, Jenell Williams Paris does just that and applies her understanding to the challenging topic of sexual identity, drawing conclusions that, while controversial, warrant our attention and may lead the way to a more constructive conversation."

Mark A. Yarhouse, Psy.D., professor of psychology, endowed chair and director of the Institute for the Study of Sexual Identity, Regent University

With an ironic smile, The End of Sexual Identity attempts to perform reparative therapy on the church, so that she will convert from her cultural orientation back to the biblical one where humans are regarded as just humans-not reduced to their sexual deeds and desires. Paris shows that the sexual identity framework was not dropped on earth by some divine skyhook; we're better off without this newfangled invention. Hers is a prophetic call for the church to get over its heterosexist moral superiority and get on with its business of shepherding all persons toward sexual holiness.

"This is a great book . . . Paris uses world history, culture, story, Scripture, thorough research and personal opinion to educate and challenge us to grow in our biblical worldview on sexuality, our compassion for individual differences and struggles, and encourages us to cease using what she calls a "sexual identity framework" to define who we are. She does all this and yet calls us to sexual holiness and repentance. I do hope you will read it!"

Same-Sex Attraction and the Church 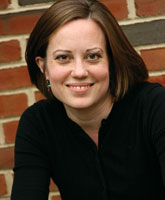 Jenell Williams Paris (Ph.D., American University) is professor of anthropology at Messiah College in Grantham, Pennsylvania. She has written for such publications as Christianity Today, Books & Culture, and Christian Scholar's Review. Her books include Birth Control for Christians, Urban Disciples, and Introducing Cultural Anthropology: A Christian Perspective.