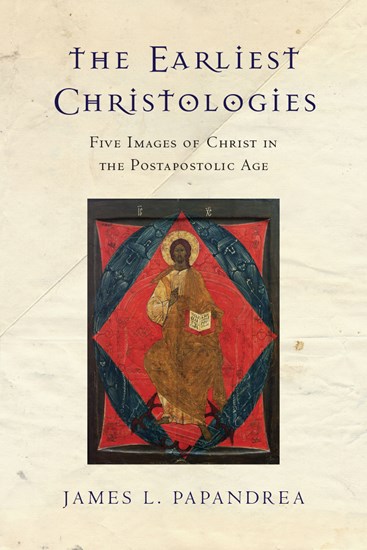 Five Images of Christ in the Postapostolic Age

The second century was a religious and cultural crucible for early Christian Christology. Was Christ a man, temporarily inhabited by the divine? Was he a spirit, only apparently cloaked in flesh? Or was he the Logos, truly incarnate? Between varieties of adoptionism on the one hand and brands of gnosticism on the other, the church's understanding took shape.

In this clear and concise introduction, James Papandrea sets out five of the principal images of Christ that dominated belief and debate in the postapostolic age. While beliefs on the ground were likely more tangled and less defined than we can know, Papandrea helps us see how Logos Christology was forged as the beginning of the church's orthodox confession.

This informative and clarifying study of early Christology provides a solid ground for students to begin to explore the early church and its Christologies.

"With conciseness, clarity and proper nuance, James Papandrea offers an excellent primer on the developing Christologies of the second century and shows their practical significance and implications on soteriology and anthropology."

"Papandrea has done a great service by producing this accessible guide to the early Christian controversies about Christ. He avoids simply dismissing some views as 'heretical,' but instead shows how these views grew out of a desire to emphasize some aspect of Christ's identity. Yet he also provides an explanation of why the majority church decided on the position it did. I would recommend this book to anyone wanting to gain a better understanding of early Christian theology and by extension the historic creeds of the church."

"The Earliest Christologies is a clear, accessible introduction to five common views from early Christianity. Papandrea offers a helpful taxonomy that avoids oversimplification. By placing Logos Christology within a spectrum of Christian attempts to express the faith, the author shows how orthodox Christology compares with—and ultimately surpasses—its various dialogue partners. With constant references to primary texts that are in turn supported by astute commentary, this book is an excellent starting point for any attempt to learn what early Christians believed about Jesus."

"This is simply the best, most elegant and most lucid account of orthodoxy and heresy in early Christianity."

Mike Aquilina, author of The Fathers of the Church and The Witness of Early Christian Women

"James Papandrea eloquently introduces readers to dissident images of Jesus in the second-century church. Many groups wrestled with the question 'Who is Jesus?' and came to diverse conclusions. In this book, Papandrea helpfully sets out their views and asks what motivated them and why they (inevitably) failed to win the backing of the mainstream church. All in all, an excellent introduction to forms of 'other' Christianity and the whole discourse of early Christology. A lively, readable and informed introduction to Christologies deemed to be heretical."

"In The Earliest Christologies, Papandrea enters the messiness of history and 'heresies' in order to explain how Logos Christology became the dominant and enduring perspective on Christ and his significance. If you have puzzled over the christological controversies of the past, expect to find clarity in his account."

The Earliest Christologies is an absolutely first-rate introduction to the early development of Christological doctrine. Papandrea has the gift of explaining complex issues clearly, simply, and precisely. . . . This book most definitely belongs in all libraries, academic and seminary, supporting programs in early Christian studies and/or theology." 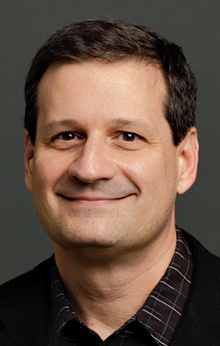 James L. Papandrea (PhD, Northwestern University) is a teacher, author, speaker, and musician. He is professor of church history and historical theology at Garrett-Evangelical Seminary at Northwestern University, as well as a consultant in the area of adult faith formation and a regular speaker in parish and lay formation programs in the Chicago area. He is the author of The Earliest Christologies, The Trinitarian Theology of Novatian of Rome, and Reading the Early Church Fathers. Also a published songwriter, professional musician, and teacher of songwriting, Papandrea has written and arranged music for church choirs and has written two musicals.

After graduating from the University of Minnesota with a bachelor's degree in music and theatre arts, Papandrea received his MDiv degree from Fuller Theological Seminary with a concentration in youth ministry, then spent several years in full time youth and music ministry. He went on to receive a PhD in the history and theology of the early Christian church from Northwestern University, with secondary concentrations in New Testament interpretation and the history of the Roman Empire. He has also studied Roman history at the American Academy in Rome, Italy. Papandrea is a member of the Society of Biblical Literature, the North American Patristics Society, and the Catholic Association of Music.

When he's not teaching or performing music, he can be found traveling with his wife, Susie, taking photographs, and making pilgrimages to places like Rome and Assisi.