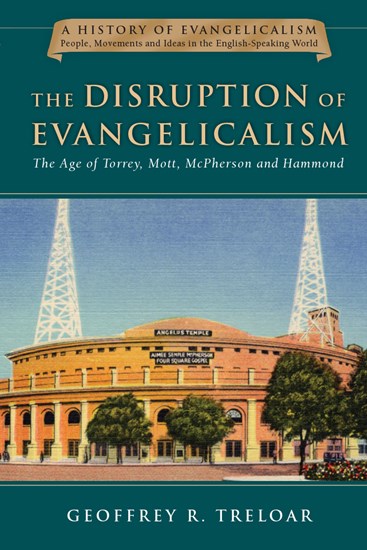 The Age of Torrey, Mott, McPherson and Hammond

The Disruption of Evangelicalism is the first comprehensive account of the evangelical tradition across the English-speaking world from the end of the nineteenth to the mid-twentieth century. It offers fresh perspectives on conversionism and the life of faith, biblical and theological perspectives, social engagement, and mission. Tracing these trajectories through a period of great turbulence in world history, we see the deepening of an evangelical diversity. And as events unfold, we notice the spectrum of evangelicalism fragments in varied and often competing strands.

Dividing the era into two phases—before 1914 and after 1918—draws out the impact of the Great War of 1914–18 as evangelicals renegotiated their identity in the modern world. By accenting his account with the careers of selected key figures, Geoffrey Treloar illustrates the very different responses of evangelicals to the demands of a critical and transitional period. The Disruption of Evangelicalism sets out a case that deserves the attention of both professional and arm-chair historians.

"Geoffrey Treloar reconstructs evangelicalism's 'things fall apart' moment of the early twentieth century with learned grace. Most historians have treated the period as one of polarization within the movement, but Treloar deploys a spectrum framework that highlights the period's complexities and makes better sense of its tensions. His choice of Reuben Torrey, John R. Mott, Aimee Semple McPherson, and Thomas Chatterton Hammond as the period's emblematic figures is a particularly inspired move that will help both general readers and specialists to see evangelicalism with fresh eyes and deeper understanding."

"This volume achieves its goal in tracing and explaining the complexities of evangelical decline in the West. Its analysis helps shed light on later stages of global evangelicalism."

"In a move reminiscent of the 'new academic hagiography' advocated by historian Rick Kennedy, Treloar seeks to rehabilitate this era, casting it as a time not of narrowness and rancor but of breadth and creativity. Instead of two hardened camps, fundamentalists and modernist, lobbing rhetorical shells between their respective seminaries, Treloar describes a wide spectrum of evangelicals with most of its vitality at the center. 'Not all fundamentalists were the same; liberals varied in the degree of their liberality; and the centre was broad,' he writes. This perspective rescues little-known figures from obscurity, both expanding the roster of evangelicals and marking finer shades of differentiation among them."

"All those who wish to be informed about a period in evangelical history that has not been studied as fully as it deserves will find Treloar's work invaluable."

"This book is essential reading for anyone interested in the story of evangelicalism. While many books have been written about World War I, particularly as related to religion, this book offers a surprisingly fresh and cogent analysis that builds upon the latest research about evangelicalism, most notably through creative uses of the Bebbington quadrilateral, as a valuable contribution about evangelicalism in its own right."

"In sum, here is a book that holds out great explanatory power. If we are predisposed to think that the theological polarities which so dominate church life in the Western world today have been perpetual fixtures, Treloar helps us to see that the first half of the twentieth century was an era which—for all its tensions—still had Christian people of clearly differing tendencies in conversation with one another."

Part III: Evangelicalism at the cross roads (1919–ca. 1940)
9. Modernism, liberal evangelicalism and fundamentalism
10. Remembering the Reformation
11. Evangelism and missions in the modern world
12. A great reversal?

The Expansion of Evangelicalism

The Dominance of Evangelicalism 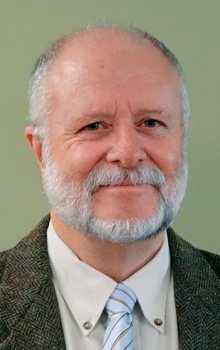 Geoffrey R. Treloar (PhD, University of Sydney) is director of learning and teaching at the Australian College of Theology and visiting fellow in history in the School of Humanities and Languages at the University of New South Wales. He is the author or editor of numerous books, most notably Lightfoot the Historian.