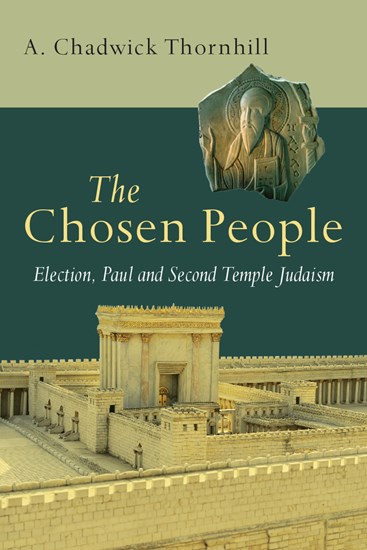 by A. Chadwick Thornhill

One of the central touchstones of Second Temple Judaism is election. The Jews considered themselves a people set apart for God?s special purpose. So it is not surprising that this concept plays such an important role in Pauline theology. In this careful and provocative study, Chad Thornhill considers how Second Temple understandings of election influenced key Pauline texts.

Thornhill seeks to establish the thought patterns of the ancient texts regarding election, with sensitivity to social, historical and literary factors. He carefully considers questions of "extent" (ethnic/national or remnant), the relationship to the individual (corporate or individual in focus), and the relationship to salvation (divine/human agency and the presence of "conditions"). Thornhill looks at the markers or conditions that defined various groups, and considers whether election was viewed by ancient authors as merited, given graciously or both.

Thorough and measured, the author contends that individual election is not usually associated with a "soteriological" status but rather with the quality of the individual (or sometimes group) in view—the collective entity is in view in the Jewish notion of election. While Paul is certainly able to move beyond these categories, Thornhill shows how he too follows these patterns.

"In what may be the best book yet written on early Jewish and Christian concepts of election, Chad Thornhill provides clear and compelling evidence for the view that election in early Jewish and Christian circles was both corporate and conditional, and that the focus of election language was not on the salvation of particular individuals from before the foundations of the world. In short, election and salvation were not synonymous terms in either early Judaism or the writings of Paul. Thornhill covers a wide swath of early Jewish material and convincingly situates Paul's discussion—especially Rom 9–11—within it. Thornhill's careful and compelling exposition should be a game changer in the age-old battles over the relationship of God's unconditional love and choice of a people and the issue of human freedom when it comes to the matter of individual salvation."

"It is a distinct pleasure to recommend to the Christian reading public this book by Dr. A. Chadwick Thornhill. By a thorough examination of Second Temple and Pauline texts, Dr. Thornhill has demonstrated that the center of gravity of both resides in the corporate or collective dimension of ancient Israel and latter-day Israel (the church) as the elect people of God. Particularly as regards the Jewish materials, he has filled a gap in our appreciation of Paul's predecessors and contemporaries. This volume will serve as both a cover-to-cover read and a ready reference work for all who take an interest in this important subject."

Don Garlington, author of The Obedience of Faith

"The welcome emphasis on Jewish backgrounds that now permeates the field of New Testament scholarship has rekindled a number of traditional discussions surrounding Pauline theology. Among the most illuminating developments is a renewed interest in the notion of corporate election. Based on evidence from the Old Testament and Second Temple Jewish literature, many scholars now insist that the time-worn debate over the relative importance of divine sovereignty versus human responsibility in God's salvific economy must be reframed in collectivist—rather than individualist—terms. The challenge, of course, is to appropriate these background materials in a way that (1) makes sense of the particularity of Paul's social location while (2) still supporting a close reading of the apostle's letters. Chad Thornhill's book is a welcome contribution to the conversation on both counts. Thornill thoroughly surveys Second Temple Jewish thinking about election and then interprets key Pauline texts against this background. Those interested in a fresh and intriguing solution to a familiar theological puzzle will find much to think about in these well-written pages."

"Thornhill's work deserves consideration by pastors, Bible students, and anyone interested in the current debate on the election. . . . Thornhill's work is highly recommended for this subject."

Acknowledgments
Abbreviations
1. The Missing Link in Election
2. God Chose Whom? Election and the Individual
3. Who Are the People of God?
4. Who?s in and Who?s Out? Election and "Conditions"
5. How Big a Tent?
6. Whose Turn Is It? Election and Responsibility
7. Rereading Romans 8:26-11:36
8. Where Do We Go from Here?
Select Bibliography
Author Index
Subject Index
Scripture Index
Ancient Texts Index

ABOUT A. Chadwick Thornhill 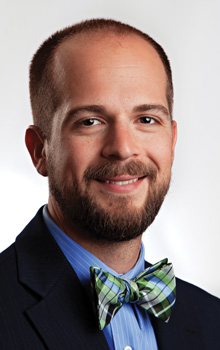