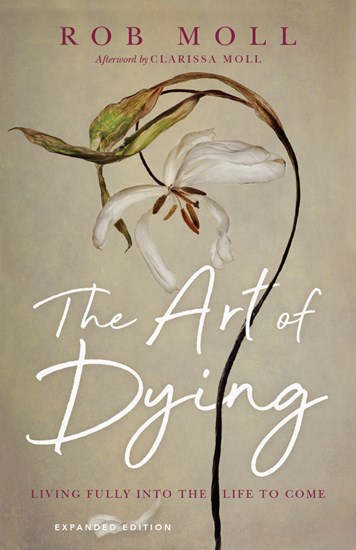 The Art of Dying

Living Fully into the Life to Come

Death will come to us all, but most of us live our lives as if death did not exist. Medicine has made dying more complicated and more removed from the experience of most people. Death is partitioned off to hospital rooms, separated from our daily lives. Most of us find ourselves at a loss when death approaches. We don't know how to die well.

For centuries Christians have prepared for the "good death" with particular rituals and spiritual disciplines that direct the actions of both the living and the dying. In this well-researched and pastorally sensitive book, Rob Moll explores the Christian practice of dying well. He gives guidance for those who care for the dying as well as for those who grieve.

This book is a gentle companion for all who face death, whether one's own or that of a loved one. Christians can have confidence that because death is not the end, preparing to die helps us truly live.

A decade after Rob wrote this book, he died in a hiking accident at age forty-one. This edition includes a new afterword by Clarissa Moll reflecting on Rob's life, death, and legacy.

"It's a plot too fitting to be believed: a sage wise beyond his years writes the book on dying and then dies himself, leaving a widow and four young children. But reality is like that. Face death, Rob insists, and live in light of Christ's promised resurrection. His beloved Clarissa's incandescent afterword marks her emergence as a writer in her own right, situating Rob's masterful book for posterity. Read this book only if you want your life changed, bettered."

"I have never known another man like Rob Moll. His example as a husband, father, and editor inspired me to do what Jesus expected of me in those roles. He and his wife, Clarissa, have brought joy, hope, and friendship to my wife and me among many others. We will grieve the loss of Rob for the rest of our lives, until we see him again before the throne of God. I'm grateful that Rob still speaks to us through his typically mature reflections in The Art of Dying. And I'm eager for more readers to hear in this new edition from Clarissa, a gifted and dedicated writer herself. You and I don't know what tomorrow holds. But we know our Savior invites us to prepare for death, which we need not fear, because we belong to him, body and soul."

"It has often been said that we Americans avoid the subject of death. It has been said often because it's true. What's also true is this: if you want to think about death wisely, carefully, faithfully, this book by Rob Moll is the place to start. I am praying that more and more people will have the courage to do just that."

Foreword by Lauren Winner
When Death Arrives
Gradual Dying and End-of-Life Care
Losing the Christian Death
The Individual, the Church and Ars Moriendi
The Spirituality of Dying
The Hardest Conversation You’ll Ever Have
Caring for the Dying
The Christian Funeral
Grief and Mourning
A Culture of Resurrection
Living in Light of Death
Afterword by Clarissa Moll
Study Guide
Acknowledgments
Notes

The Way of Grace

Joy in the Journey

A Chronicle of Grief 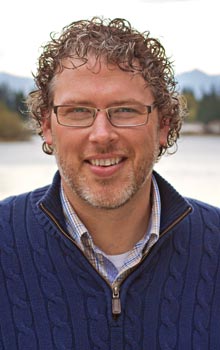 Rob Moll (1977–2019) was an award-winning journalist and the author of The Art of Dying and What Your Body Knows About God. Moll worked as a reporter and editor for the Grayslake Times and Citizen Media and he served on the staff of Christianity Today for nearly sixteen years. Over the course of his journalism career, he won awards from the Evangelical Press Association, and he also contributed op-eds to the Wall Street Journal, the Washington Post, CNN, Fox News, The Hill, and Huffington Post. Moll served as communications officer to the president for World Vision for five years, and in 2016 he began work with Eventide Asset Management as their director of business operations, leading the company’s communications efforts. He is survived by his wife, Clarissa, and their four young children.