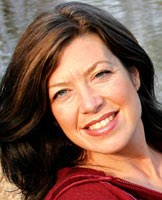 Tamara Park (MDiv, Gordon-Conwell Seminary) is a writer, television producer, and former pastor with a passion for travel, cultures, and justice. Growing up in a family devoted to faith and social justice endeavors, Tamara's passion for narrative and curiosity for the world took shape. She quickly came to believe that everyone has a story to tell, and she has chased down stories and interviewed remarkable people in five continents. Tamara trekked from Mozambique to Morocco, learning from African leaders for the Halogen TV original series Noble Exchange: Africa. She then took rising musicians, models, and actors on a journey of discovery and service for Noble Exchange: Latin America. She recently spent a year and a half interviewing survivors of sex-trafficking and modern-day abolitionists in the U.S. and South East Asia for the TV series Tainted Love. Currently she produces videos and short films for Lifetree Café. Prior to producing, Tamara served as Pastor of Community at Warehouse 242, a church in Charlotte, North Carolina, overseeing small groups and spiritual formation. She studied and wrote articles in Jerusalem and scripted children's videos in Brussels, and after sallying through the Balkans and Middle East she authored the travel memoir Sacred Encounters from Rome to Jerusalem. Tamara lives in Fort Collins, CO, where daily she’s in awe of the Rockies, consumes ridiculous amounts of dark chocolate, and savors seeing God’s movement in lives of such fascinating people around her. 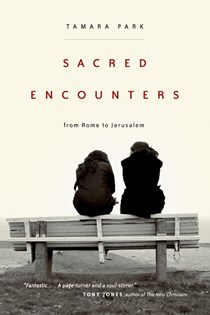