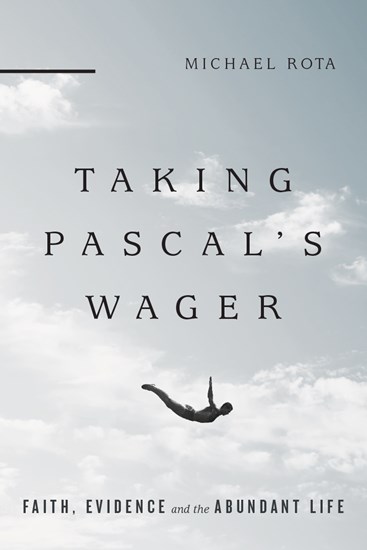 Faith, Evidence and the Abundant Life

Since we can't know with absolute certainty that God exists, each of us in a sense makes a bet. If we believe in God and are right, the benefits include eternal life. If we are wrong, the downside is limited.

On the other hand, we might not believe in God. If we are right, then we will have lived in line with reality. If we are wrong, however, the consequences could be eternally disastrous.

This was the challenge posed by the French philosopher Blaise Pascal over three hundred years ago. But Michael Rota contends that Pascal's argument is still compelling today. Since there is much to gain (for ourselves as well as for others) and relatively little to lose, the wise decision is to seek a relationship with God and live a Christian life.

Rota considers Pascal's wager and the roles of uncertainty, evidence, and faith in making a commitment to God. By engaging with themes such as decision theory, the fine-tuning of the universe, divine hiddenness, the problem of evil, the historicity of the resurrection and the nature of miracles, he probes the many dynamics at work in embracing the Christian faith.

In addition, Rota takes a turn not found in many books of philosophy. He looks at the actual effects of such a commitment in three recent, vivid, gripping examples—Dietrich Bonhoeffer, Jean Vanier and Immaculée Ilibagiza.

Like Pascal, Rota leaves us with a question: What wager will we make?

"Michael Rota's book is an ingenious, readable expansion of Pascal's hint in Pensées that commitment to God is worth making even if we can't be sure God exists. This is the rare book that both makes a profoundly serious argument and does so in a wonderfully joyful way. Those who haven't yet taken the wager of Christian commitment will be challenged by this book. But so will others who haven't yet taken the wager of philosophy itself—to see how fun and even life-changing philosophical reasoning can be."

"As a Pascal enthusiast, I am enthusiastic about Taking Pascal's Wager. Professor Rota presents a careful and cogent understanding of the wager and places it within a robust apologetic program. Bravo!"

"The conventional wisdom is that Pascal's wager has been completely discredited: it is excessively self-interested, intellectually dishonest and stands in opposition to real faith. But Michael Rota shows that the conventional wisdom is wrong. In Taking Pascal's Wager, Rota confronts the usual objections to the wager and argues that they all miss the point. For those who say that 'more evidence' is needed before Christianity can be considered rational, Rota provides a solid response. But he also goes beyond the head and appeals to the heart. This is a book that should be read by any honest, thoughtful skeptic and that will also answer many of the questions of believers who are questioning their faith. As Rota shows, Pascal's wager can be as powerful an evangelistic tool today as it was in the seventeenth century."

"Taking Pascal's Wager is a novel combination of Pascalian wagering with natural theology and Christian evidences. Rigorous but readable, this unusual book challenges the mind while appealing to the heart. Believers and unbelievers alike will find much in this book to challenge and inspire them. Truly a gem!"

"Professor Rota offers a distinctive and persuasive case for the reasonableness of accepting the truth of the Christian faith. The book patiently develops a very strong case, considers numerous objections in a fair manner and develops several very illuminating analogies. The argument is thorough, cast in a personable manner and a joy to read."

"Rota's well-crafted book is built around a purified form of Pascal's wager—one that emphasizes that taking a 'gamble' on God need not be motivated by selfishness. But it is much more than an excellent defense of the wager. Almost all the topics occupying center stage in contemporary philosophy of religion come in for serious attention, so that the book would work well as the core text of a survey course. Fortunately, it is not written like a textbook—far from it. Rota's style is winsome and personal. Taking Pascal's Wager is really an invitation to think carefully about whether the Christian story might be true and, if so, what one ought to do about it—an invitation that could be taken up with profit by anyone sincerely interested in whether God exists. Rota manages the incredibly difficult trick of explaining, in a way that the educated reader or the philosophical beginner can understand, the relevance of technical philosophical concepts to questions of great existential import. And he never loses sight of the personal and moral dimensions involved in accepting or rejecting a religious path. It is one of the very few books I will be both using in my classes and giving to my friends."

"Rota, a skilled analytic philosopher, provides an engaging and compelling case for taking Pascal's wager. The precision of the points is manifest on every page. But what makes this book even more profitable is its accessible prose. Inviting, charitable, and provocative—this is the sort of book that one could heartily give to a believer, agnostic, or even an ardent atheist. A home-run for Christian apologetics."

"Engagingly written and rigorously argued, Taking Pascal's Wager provides an excellent introduction to the philosophical underpinnings of several central arguments for the reasonableness of Christianity and so is a worthy addition to the literature of philosophical apologetics. It richly deserves a place in academic and public libraries alike."

Part II: Evidence
5. Where Did Physical Things Come From?
6. Why Is the Universe Just Right for Life?
7. A Primer on Probability
8. God and the Multiverse
9. The Beauty and Existential Resonance of Christianity
10. Counterevidence: Divine Hiddenness and Evil
11. Historical Evidence for Christianity: The Resurrection
12. Miracle or Myth?

The Myth of Certainty 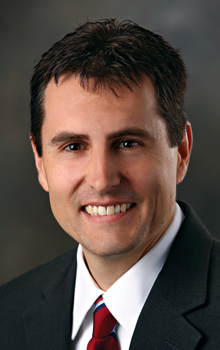 Michael Rota (PhD, Saint Louis University) is associate professor of philosophy at the University of St. Thomas in St. Paul, Minnesota. He was a post-doctoral fellow at Harvard from 2006 to 2007 and is the author of several academic articles in philosophy and philosophical theology.