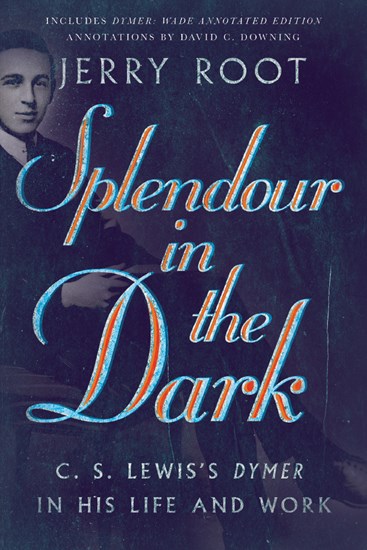 C. S. Lewis's Dymer in His Life and Work

Several years before he converted to Christianity, C. S. Lewis published a narrative poem, Dymer, under the pseudonym Clive Hamilton. Later, of course, Lewis became well known for his beloved imaginative stories, such as The Chronicles of Narnia and Till We Have Faces, as well as his ability to defend and articulate the faith in works such as Mere Christianity.

But what about his literary work before his conversion?

In this fourth volume in the Hansen Lectureship Series, Jerry Root contends that Lewis's early poem Dymer can not only shed light on the development of Lewis's literary skills but also offer a glimpse of what was to come in his intellectual and spiritual growth—a "splendour in the dark," to borrow one of Lewis's own lines from the poem. Under Root's careful analysis, Dymer becomes a way to understand both Lewis's change of mind as well as the way in which each of us is led on a journey of faith.

This volume also includes the complete text of Dymer with annotations from David C. Downing, co-director of the Marion E. Wade Center.

The Hansen Lectureship series offers accessible and insightful reflections by Wheaton College faculty members upon the transformative work of the Wade Center authors.

"Isn't it remarkable that this poem, written almost a century ago, has now been brought to life? Of course, because the poem's author was C. S. Lewis, it will be of interest to a whole slew of Lewis lovers, eager for fresh material to ingest in the name of literary scholarship. Dr. Jerry Root, a longtime advocate and commentator of the Lewis oeuvre has given us a new reading to ponder, and in this annotated version of Dymer he offers an appreciation of Lewis's power of versification and command of language. As you read, you are made aware of a practicing wordsmith doing his exercises and enjoying himself immensely. His early studies with W. T. Kirkpatrick, which involved Greek and Latin, gave the young Lewis an understanding of how much of the English language evolved, and thus supplies even this early writing with a richness and depth."

Luci N. Shaw, author of Thumbprint in the Clay

"Jerry Root has succeeded in making Dymer interesting and showing that the poem is worthy of academic study. He has also been brave enough to invite people who disagree with him to contribute to the volume. This is a fascinating read on a difficult subject."

"Splendour in the Dark is an important new work on the narrative poem Lewis wrote before his conversion to Christianity. In addition to printing the complete text of the poem, the highlight of the volume is three commentary chapters by Lewis scholar Jerry Root and the response to each chapter by a different reader of Dymer. Root's intimate knowledge of the Lewis corpus is everywhere present, and his essential argument that by knowing Dymer readers will recognize many important themes of Lewis's postconversion writings is compelling."

"A few years before the publication of Dymer, the then-atheist Lewis wryly reported how a friend of his was predicting that one day 'my chimney stack would turn into a spire.' The prophecy was spot-on and Dymer provides insights into some aspects of that gradual process of spiritual reconstruction. This volume helpfully illuminates the poem, debates its value, and points out ways it foreshadows Lewis's mature work. A welcome addition to the scholarship on his early life and poetry, which I warmly recommend."

"Jerry Root's Splendour in the Dark richly illuminates C. S. Lewis's early halting—and at times haunting—expression of themes that would occupy his writing for the rest of his life: the confusion of freedom with radical autonomy, the painful truth that spiritual growth demands ruthless self-honesty, and the conviction that our deepest longings only find fulfillment in God. This book is essential reading for anyone seeking a deeper understanding of the life and thought of the twentieth century's most influential Christian writer."

"Finally, a book that gives Dymer the attention it merits. Just so does Jerry Root—with a mind plentifully furnished in the life and work of the master—convincingly examine story and verse as a touchstone of Lewis's developing genius. Of course, getting the whole poem with David Downing's superb annotations (along with extended commentary by others, as though in conversation) represents enormous value added. Highly recommended."

"C. S. Lewis's narrative poem Dymer is indeed a 'splendour in the dark,' not only because it has been hidden in the darkness of neglect but also because, for those who read and enjoy it, there is still much that remains dark and difficult in the poetry, for all its many splendors. And here Jerry Root has done us all an immense service, by rescuing this neglected poem from obscurity and presenting us with an excellent, scholarly edition. But more than that, in the essays that follow the text, Root has shone considerable light on the poem and, through the poem, on Lewis himself. He shows how much the poem is 'the acorn that contains the oak,' how much of what we love in the later and better-known writings of Lewis has its seed and beginning here. Everyone who loves Lewis will not only enjoy this book but also find that Root's commentary on Dymer enhances their reading of Lewis's other works as well."

"A delightful book that brings new life to a coming-of-age story many years in the writing, published in the 1920s by then-unbeliever C. S. Lewis, who aspired at that time to be a great poet. As a book-length poem, Dymer turned out to be 'a fascinating failure,' as David C. Downing deftly points out in his foreword. For Jerry Root, the main commentator on the poem, its story yields many treasures—'splendour in the dark'—that would reappear in various genres in the future Lewis's prose, as he became an engaging writer for scholars and also wider readerships. This brilliantly informative book also includes David Downing's enlightening annotations of the complete poem, and other scholars in wide-ranging dialogue with Root that adds a rich dimension to this exposition of Dymer. The coming-of-age story is discovered to reveal much about the development of C. S. Lewis's own life and thought, away from destructive subjectivism to acceptance of iconoclastic shaping by the real: how the central quest of Lewis's writing becomes the capture of the real, as with the elusive experience of Joy, or Sehnsucht. Dymer's story engages in the life-and-death theme that reality is iconoclastic: to be tasted, even if bitter."

Diana Pavlac Glyer, professor in the Honors College at Azusa Pacific University and author of Bandersnatch: C. S. Lewis, J. R. R. Tolkien, and the Creative Collaboration of the Inklings

"Lewis is one of those authors whose breadth can obscure his depth. The mountainous influence of Mere Christianity or The Lion, the Witch and the Wardrobe can overshadow those subterranean works on which his popular writing stands. No early work by Lewis is so foundational as his preconversion poem, Dymer. In excavating the ways in which Lewis's more monumental works rise from and build upon Dymer, Root has taken readers further down and further into that depth."

Corey Latta, author of C. S. Lewis and the Art of Writing

"Dr. Root masterfully brings an overlooked, preconversion piece by C. S. Lewis into the light. Dymer represents the journey we must all take through Ecclesiastes in our pilgrimage to Revelation, from the emptiness of vanities toward the 'good dreams' of a redeemed creation and the grace of God's relentless pursuit for the soul's salvation. This poem deserves serious consideration in the Lewis canon for its unique contribution in evaluating the life and work of a complex yet humane and always highly relevant spiritual thinker."

Carolyn Weber, professor and author of Surprised by Oxford and Sex and the City of God
More

Introduction by Walter Hansen
1. “A splendour in the dark, a tale, a song”
Response: Jeffry C. Davis
2. “The low voice of the world / Brooding alone beneath the strength of things”
Response: Mark Lewis
3. “Out of old fields the flowers of unborn springs”
Response: Miho Nonaka

Read more about this title, a Hansen Lectureship series publication, at the Marion E. Wade Center at Wheaton College. 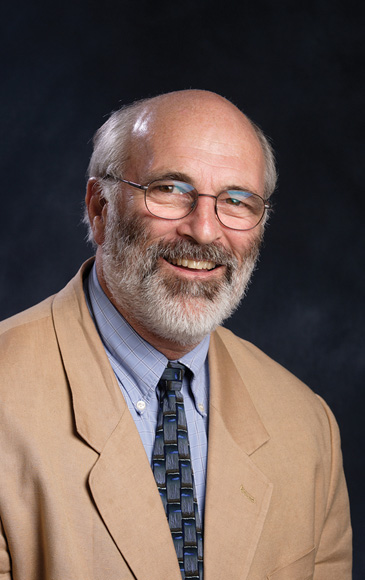