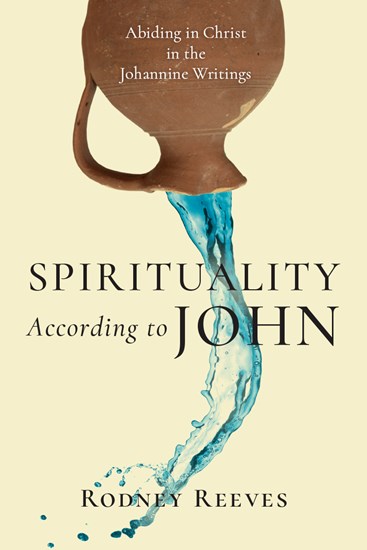 Spirituality According to John

Abiding in Christ in the Johannine Writings

Through all of John's works, a consistent message is woven: being a Christian is about abiding in Christ and in his words. The Gospel of John, the epistle of 1 John, and the Apocalypse all begin in the same way: by pointing to the importance of knowing the Word, both written and incarnate. Using an artistic, storytelling approach to spirituality, John relies heavily on readers' imaginations to help them see what it takes to become disciples by abiding in Jesus.

Rodney Reeves combines exegesis with spiritual reflection to explore how the only biblical writer to employ three different genres presents a consistent vision of Christian spirituality. Rather than focusing on detailed instructions, John uses evocative metaphors and illustrations so that readers can envision how to follow Jesus—as disciples, in community, and even at the end of the world.

Filled with stories and implications for today's readers, Spirituality According to John provides an accessible introduction to the rich spiritual world of the Johannine literature that makes up much of the New Testament. In John's era and now, anyone who has ears to hear can learn to truly abide in Christ.

"Focusing on what he calls 'the canonical John'—the Gospel, the three epistles, and Revelation—Reeves keys in on a major Johannine theme: abiding. What does it mean, or better yet, what does it look like to abide in Christ? With the skill of a storyteller and a sensitivity to the narrative and cultural dynamics of the text, Reeves unveils what an authentic Johannine discipleship might look like. An engaging and creative book!"

"Studies about the writings of the apostle John have been abundant throughout church history. Spirituality According to John represents this extensive literature responsibly, sifts it, and then offers its best insights for practical use. The book's value lies in its easy accessibility, its insights, and its wisdom designed for students, teachers, and pastors. Reeves is doing exactly what John was doing for his own churches: bringing the deepest insights about Jesus into the church. Spirituality According to John succeeds in every respect."

"John shows how imperfect disciples like Peter can still follow Jesus. Although Peter doesn't become a 'rock' during John's Gospel, Reeves shows how John expects his readers to know that Peter eventually does. John's Jesus fires our imagination by inviting us to 'come and see' where he is going and what he is up to. Although well conversant in the scholarly discussions on John, Reeves is a deft guide through the tricky landscape of Johannine scholarship. Like his mentor John, Reeves teaches through metaphors, images, and stories, leading us down a delightful path toward discipleship. An easy-reading but thoughtful romp through John's writings. Come and see."

"What might we gain by taking seriously the witness of all the Johannine literature—the Gospel, the epistles, and the Apocalypse? We gain a witness incapable of being bound by one genre. We receive symbols, metaphors, imagery, and stories that point beyond the text to a living Word that still inspires, still amazes, and still beckons us to follow. In this volume, Rodney Reeves captures our imaginations by pointing to the myriad of ways the Johannine literature invites us to rethink all we thought we knew about God and God's work in the world. 'Come and see.'"

"The Gospel of John traps us. We open it, we read it, we get lost in it; we learn its vocabulary and themes and movements and sudden bursts of claims; we meet characters we've never met before, and we hear conversations up close and personal, and we get lost in this Gospel's time and place—and we are trapped. In a good way. Never to be the same again. When we look up from this Gospel's pages to see the world around us, it's a little like the Pevensie children finding themselves again in the wardrobe, tumbling back on the floor of reality. As they wanted to return to Narnia, so we want to return to John's world. He first trapped me in 1974, and I've not been the same since. Rodney Reeves leads us to the door of the wardrobe, he opens the door, and he guides us long enough to get lost in the Gospel itself. What a wonderful book!"

"Combining solid scholarship, on-point personal reminiscence, and an informed literary imagination, Rodney Reeves offers a beautiful and exciting reading of the Johannine books for our moment in time. He reads John's stories through ours, and ours through John's, in his own prophetic voice. I want all my students to read this book."

"Spirituality According to John is an invitation to dwell with Christ—a life of faith moved by storytelling that imagines and reimagines lived experiences of God in community rather than by privatized systematic regurgitations of theologically correct abstract doctrines. Dr. Rodney Reeves offers theologically and socially engaged ministers and laypersons invaluable insights into Johannine spirituality foregrounded in the multivalent locution: 'abide.' It enshrines a Christian journey of faith that manifests itself in terms of seeing and believing, confessing sin, denying worldliness, keeping commandments, exercising mutual love, worshiping, and learning to hear Christ in Johannine words. This is an exceptional resource for spiritual formation that clergy, seminarians, and lay ministers will find indispensable for Christian ubuntu."

"The prologue to the fourth Gospel declares that the preexistent, incarnate Word is life and light, grace and truth. In Spirituality According to John, New Testament scholar, seasoned pastor, and skilled communicator Rodney Reeves probes the Gospel, letters, and Apocalypse of John to help Christ followers know better how to hear, confess, incarnate, and abide in the glorious Word and Son of God. Those who would long to follow, commune, and remain in the Word would be wise and would do well to read and reflect on Reeves's valuable volume. This is a rich resource for those who are willing to ponder and to practice the abundant life Jesus lived and gives."

Acknowledgments
The Art of Christian Living

Part Two: John's Letters: Communing with the Word Together
5. Confess Sin: Hearing the Word
6. Deny Worldliness: Confessing the Word
7. Keep Commandments: Incarnating the Word
8. Love One Another: Abiding in the Word

Spirituality According to Paul

Water from a Deep Well 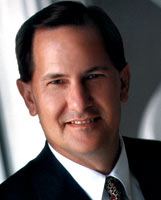