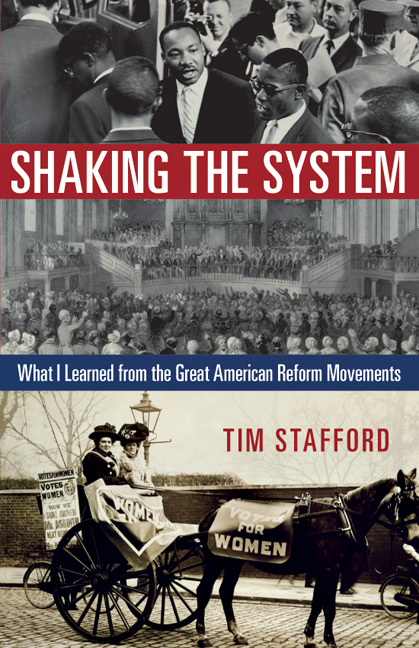 What I Learned from the Great American Reform Movements

Thousands are active today seeking to make the world a better place. It is a great American tradition that goes back hundreds of years. Sometimes such reform movements were very effective and sometimes they weren't. What made the difference? How come some grand ideals were fulfilled and others faded away?

Tim Stafford explores the patterns of successful and failed reform movements to highlight what activists today can learn. How can activists keep from burning out? How can they avoid the lure of violence? What are ways to engage politics that are at once practical and ethical?

The great American reform movements of the last two centuries have an abundance of down-to-earth guidance to offer on these and other vital questions. Tim Stafford weaves the stories of the abolitionist movement, the temperance movement, the suffrage movement and the civil rights movement into this readable and practical study with application to those today who are motivated by the gospel to make a difference in the world.

"Activists (especially Christian activists) are too often unaware of our own history. Tim Stafford tells us that history--from the abolition of slavery to women's suffrage to civil rights--and draws from it the important lessons for today. This is an important handbook for a new generation, and a welcome refresher for those who have been in the struggle for years. He closes with the most important reminder--that what ultimately calls us into activism is the kingdom of God breaking into our world. We are motivated not by partisan politics but by the message of Jesus. I heartily recommend Shaking the System to all those who seek both a deeper faithfulness and a better world."

"It is deeply gratifying to see one of contemporary evangelicalism's most eloquent and respected thinkers plumb the wisdom of the great reform movements of American history. Shaking the System is a passionate and riveting account of Christian faith in action. Tim Stafford tells stories that inspire acts of courage and compassion, and at the same time, he shows us why courage and compassion must be grounded in costly discipleship to Jesus Christ. This book has the power to renew Christian social witness in our time."

Charles Marsh, author of The Beloved Community and director of the Project on Lived Theology, University of Virginia

"Shaking the System is a brilliant analysis of Christian attempts at needed social reforms, heavily focused on the abolitionist and civil rights movements. This is not a romantic or idealistic analysis, but it is brutally realistic about the pitfalls and problems as well as the limited successes of these movements. Very few white evangelicals write with the insight and wisdom of Stafford."

"Insightful, probing reflection on Christian activist struggles to change America. Wisely cautionary, firmly encouraging. A must-read for all activists who want to change the world."

"Many of America's great social movements--abolition, temperance, women's suffrage, civil rights--had their roots in the Christian faith. In his thoughtful and eminently practical analysis of these movements, Tim Stafford counsels would-be Christian activists in how to be 'as shrewd as snakes and as innocent as doves.' I especially appreciate his take on the role of truth for activists who seek to be both passionate and durable. Although to most of our postmodern sensibilities truth has been relativized to be nonconsequential, Stafford reminds us that the truth of God's kingdom insists on activism and social change. Shaking the System is an 'ebenezer,' recounting how God has worked redemptively in America's past, and how God can work again today."

"As Christians increasingly join in the cause of social justice, it's a good time to remember that people of faith have always joined--and often led--great reform movements. Tim Stafford helps us pause, reflect and learn from both the wisdom and folly of that colorful past."

. . . we need more books like this--studies that challenge Christians to look backward for help in moving society forward.

Stafford has written a book that is unpretentious and wise, passionate and dispassionate in equal measure, and blessedly concise.

"This is required reading for every evangelical Christian with a social conscience."

1. How Do We Change the World?
2. Starting With Truth
3. Meeting Resistance
4. Pressure Tactics
5. Staying Power
6. The Seduction of Violence
7. Party Politics and the Prophetic Alternative
8. Applying Political Pressure
9. Who Is An Activist?
Acknowledgments
Notes 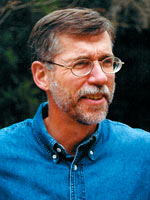 Tim Stafford is a senior writer for Christianity Today. Among his many books are Knowing the Face of God, As Our Years Increase, The Student Bible (with Philip Yancey), a trilogy of historical fiction (The Stamp of Glory, Sisters, The Law of Love),Never Mind the Joneses, and Love, Sex and the Whole Person. He and his wife, Popie, live in Santa Rosa, California.