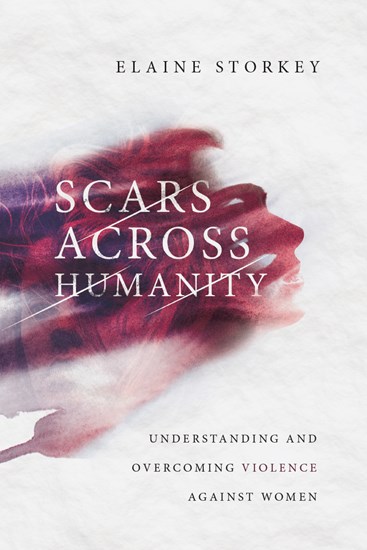 Understanding and Overcoming Violence Against Women

Across the globe, acts of violence against women produce more deaths, disability, and mutilation than cancer, malaria, and traffic accidents combined.

The truth is that violence on such a scale could not exist were it not structured in some way into the very fabric of societies and cultures themselves. It could not continue if it were not somehow supported by deep assumptions about the value of women, or some justification of the use of power. In many cultures such assumptions are reiterated every day in the absence of legal protection for women, or indifference toward issues of human rights.

In Scars Across Humanity, Elaine Storkey offers a rigorously researched overview of this global pandemic. From female infanticide and child brides to domestic abuse, prostitution, rape, and honor killings, violence against women occurs at all stages of life, and in all cultures and societies. How and why has this violence become so prevalent? It seems ambitious to hope that we can find an answer to this question, but if violence to women is ever to be eliminated, we need to know what we are up against.

"Elaine Storkey's Scars Across Humanity is a bold and invaluable effort to educate us on the sprawling global humanitarian crisis that is destroying the lives of millions of women and girls. This well-researched discussion of what women and girls are suffering also reports how many individuals and NGOs are combatting these injustices. Storkey also tackles the root issues that drive, sustain, and normalize this appalling crisis. She is fearless in confronting the role religion plays in the subjugation of women, including her own Judeo-Christian tradition—a topic that needs even further examination. Her discussion of patriarchy and how it violates the humanity of both women and men (no matter how soft a form it takes) is worth the price of the book. It's impossible to overstate the urgency of reading this book and becoming part of the solution. So buckle up and read!"

Carolyn Custis James, author of Malestrom and Half the Church

"From the publication of her seminal work, What's Right with Feminism (1985), Elaine Storkey has been a prophetic voice for gender equality for over thirty years. In this thoroughly researched, clearly compelling yet deeply disturbing work, she takes her readers to the darkest places of violence against women and girls (including the unborn) around our world. Addressing this all-encompassing global crisis is undoubtedly the most important unfinished business the emerging generation will face. Reading Scars Across Humanity will make you think twice about endorsing patriarchy—no matter how benevolent its intentions."

"I've traveled the world observing and writing about injustice against women and girls. I thought I had seen it all. Yet Scars Across Humanity has left me shocked and indescribably saddened. We need this deeply moving book. We need Elaine Storkey's probing research in order to understand the world our sisters inhabit. We need to be challenged to take an active part in the struggle against violence and join those who are working to bring about healing and change."

"Scars Across Humanity is a heart-wrenching yet compelling read. Excerpts of personal narratives from women across the globe make Storkey's careful, historical research and current statistics come alive. As I read, I found myself recalling two intelligent Pakistani girls who were in my sixth grade class at Karachi American School. To my shock, I discovered that instead of joining the rest of our classmates the following year, they had been married off by their wealthy family to middle-aged men and had given birth to their first children by age thirteen. Upon reading Storkey's book, I now wonder, Did they survive subsequent pregnancies and childbirth? Were they victims of female genital mutilation? Did their husbands beat and rape them? Or even, Did they fall prey to honor killings? Horrific as such questions are, Storkey does not leave the reader without hope."

Heather Davediuk Gingrich, professor of counseling, Denver Seminary, author of Restoring the Shattered Self and coeditor of Treating Trauma in Christian Counseling

"Scars Across Humanity is a thoroughly researched revelation of the constellation of violent injustices against females. What Storkey rightly names 'a global pandemic' piles on social, economic, and spiritual losses beyond anything the world has ever seen. This book serves as a powerful call to action for every reader to speak up and invest in the freedom and empowerment of women and girls in the hardest places."

Michele Rickett, author, CEO of She Is Safe

"In her significant book, Scars Across Humanity, Elaine Storkey paints a vivid and detailed portrait of a present day gendercide. Her stark descriptions of global violence against women and girls draws us into this reality that begs for more church response. Storkey explores various causal theories that aid in framing effective responses. I strongly recommend this important book for anyone who cares about social justice and ending the atrocities of gender violence."

Elizabeth Gerhardt, author of The Cross and Gendercide: A Theological and Church Response to Global Violence against Women and Girls

"I slipped my shoes off before entering a softly lit room in a local NGO building in northern Iraq. 'This is holy ground,' the NGO director explained, 'because women tell their stories here.' We heard from a woman who had been rescued from ISIS four days earlier. She'd been a sex slave for fourteen months, during which time her three young children were murdered as punishment for her attempt to escape. Her words were barely audible and her face was expressionless. She chose to tell her story, she said, 'because people need to know what’s happening.' In Scars Across Humanity, Elaine Storkey invites us on to the holy ground of countless women's stories and powerfully takes up their cry: people need to know what's happening. From rape in war zones, domestic violence, child marriage, and genital mutilation to honor killing and human trafficking, Storkey faithfully researches and documents the horrors of violence against women. I was not new to these realities, but I was shocked by the scale and level of brutality. And I was heartbroken to realize anew how often the words of many faiths and ideologies are used to support the oppression of women. Like Storkey, I feel compelled as a Christian to combat the distortions of twisted religion, misused power, and entrenched systems of patriarchy with the loving and liberating way of Jesus. Thank you, Elaine, for your matchless scholarship, your deep compassion, and your tireless work on behalf of vulnerable women."

"Scars Across Humanity fearlessly and meticulously documents the largest ongoing carnage in history: gendercide and violence against women. Elaine Storkey demonstrates that this global violence against girls and women is rooted in male supremacy and dominance, which is fueled by religious traditions, including Christianity. Exposing patriarchy as a sin that devastates the entire human family, the book also unmasks how the church has distorted Scripture throughout history to devalue and marginalize girls and women, placing them at risk for abuse. Scars Across Humanity is crucial for everyone who is passionate about the gospel, gender justice, and reconciliation within the church and beyond."

"Elaine Storkey courageously identifies how violence against women—be it physical, sexual, psychological, or economic—is, as her title suggests, a scar across humanity. Her work addresses the broad-sweeping manifestations of patriarchy in Christian history, the internalized gender discrimination and justification of abuse in societies around the world, and the church’s inadequate response to these violations and injustices. But this book isn’t just a broad-sweeping condemnation of Christian failure, as Storkey offers direct and clear recommendations for how violence against women can be overcome. Not an easy read, Scars Against Humanity is an essential work calling the Christian community to address one of the greatest injustices of our day."

"While Storkey's book is not for the faint of heart, I encourage pastors and leaders to read it and to open their eyes to the sin that may exist even in our own communities and churches – and then to share its message far and wide. Violence against women and girls is an epidemic, but it is one the Church can play a powerful role in eradicating if we are willing to hear and respond to the pleas of our sisters."

1. A Global Pandemic
2. Violence Begins Before Birth: Selective Abortion and Infanticide
3. Cut for Purity: Female Genital Mutilation
4. Early and Enforced Marriage: Child Abuse by Another Name
5. Whose 'Honour'? Killings and Femicide as Reprisals for Shame
6. Nowhere to Run, Nowhere to Hide: Violence in the Home
7. Money, Sex and Violence: Trafficking and Prostitution
8. Rape
9. War and Sexual Violence
10. Why Gender-Based Violence? It's in Our Genes: Exploring Our Evolutionary Heritage
11. Why Gender-Based Violence? Power and Patriarchy
12. Religion and Women
13. Christianity and Gender: A Fuller Picture

No Place for Abuse

Known for her work as a scholar, author, speaker, and journalist, Elaine Storkey has been a tireless advocate for the marginalized, both as the president of Tearfund, and then as cofounder of Restored, an international organization seeking to end violence against women. She is the author of numerous books, including Created or Constructed and What’s Right with Feminism.