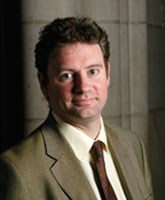 Samuel W. Wells is vicar of St Martin-in-the-Fields, Trafalgar Square, London, and visiting professor of Christian Ethics at King's College, London. He was previously dean of Duke University Chapel and research professor of Christian ethics at Duke Divinity School. His pastoral experience before coming to Duke included a spell as a community worker in inner-city Liverpool. He served four parishes as a Church of England priest from 1991-2005. Most of this time was spent in the post-industrial North East and in a socially disadvantaged neighborhood in East Anglia. He also served suburban and urban village communities in Cambridge. From 1998-2003 he was closely involved in establishing a community-led development trust, the first such organization in the East of England. During this time he also launched a non-profit organization offering disadvantaged children opportunities to discover wonder and joy through creative play. Wells is the author of numerous books including Transforming Fate Into Destiny, Improvisation: The Drama of Christian Ethics, God's Companions, Speaking the Truth: Preaching in a Pluralistic Culture and Be Not Afraid: Facing Fear with Faith. 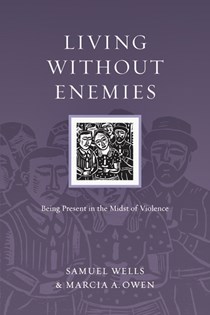 Living Without Enemies
Samuel Wells and Marcia A. Owen
3456