Roger Cross is president emeritus of Youth for Christ/USA. His experience with Youth for Christ includes two years in Kansas City YFC, fifteen years as executive director of Ventura County YFC, nine years as executive director of Denver Area YFC, and nearly fourteen years as president/CEO. He served two terms as field trustee on the YFC National Board, and he received the President's Award for Outstanding YFC Executive Director in America. As an advocate for youth, he is often interviewed in print publications and on radio and television broadcasts. He has done graduate work at Fuller Theological Seminary, and he is an ordained minister through the Missionary Church of Fort Wayne, Indiana. He also currently serves on the board of John Brown University. In addition to writing, speaking, and adjunct college teaching, Roger is heading up an effort to expand the outreach of Children's Music Academy (CMA) which he owns and operates with his wife. Currently, CMA is in over 20 locations in the United States. In 2006, Roger and his wife were selected Alumni of the Year by John Brown University.

Find out more about Youth for Christ/USA. 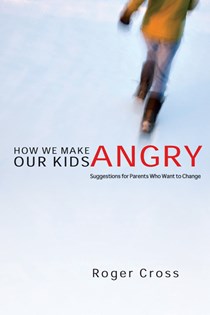 How We Make Our Kids Angry
Roger Cross
3365