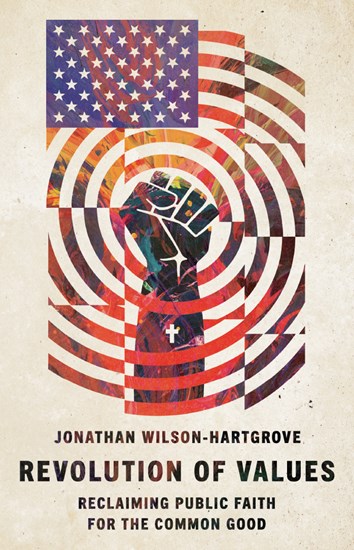 The religious Right taught America to misread the Bible. Christians have misused Scripture to consolidate power, stoke fears, and defend against enemies. But people who have been hurt by the attacks of Christian nationalism can help us rediscover God's vision for faith in public life.

Jonathan Wilson-Hartgrove explores how religious culture wars have misrepresented Christianity at the expense of the poor, and how listening to marginalized communities can help us hear God's call to love and justice in the world. He highlights people on the frontlines of issues ranging from immigration policy and voting rights to women's rights and environmental stewardship. Through these narratives, we encounter a recovery of values that upholds the dignity of all people.

"Jonathan has served as a scribe for the moral movement in America today. In Revolution of Values, he tells the truth about how the Bible was hijacked by the religious Right. But more importantly, he highlights the people who are challenging a false moral narrative and shows us how faith can revive the heart and soul of this democracy."

William J. Barber II, president of Repairers of the Breach, cochair of the Poor People's Campaign: A National Call for Moral Revival

"At this critical and highly problematic time for both the nation and the church, Wilson-Hartgrove offers a compelling set of stories and analyses to stimulate a fresh Christian imagination for justice and the public square. Woven through it is his personal journey of transformation, as well as inspiring examples of ordinary people who have leaned into the public square with faith, resilience, humility, and courage. This is the Revolution of Values he offers: how slaveholder religion can be dismantled and replaced by the vivifying truth and justice of Jesus for all. May we learn and follow."

"Jonathan Wilson-Hartgrove is a prophetic voice for our times. Through a combination of storytelling, biblical reflection, and cultural criticism, Revolution of Values sheds light on the human victims of an immoral presidency defined by nativism, racism, militarism, Christian nationalism, and anti-intellectualism. Evangelicals can no longer stand on the sidelines and watch the injustice from afar. It is time to join the revolution."

John Fea, historian and author of Believe Me: The Evangelical Road to Donald Trump

"Are you one of the 81 percent of evangelicals who voted for Donald Trump in 2016, thinking you were making the Christian and biblical choice? Or one of the mainline Protestants or Roman Catholics who joined them? Are you having some second thoughts? Here's the story of a young evangelical who rethought his decision to be a foot soldier in the religious Right and is now a leader in a revolution of values that you may want to join too."

"This book is compelling, timely, and much needed today as our nation struggles toward a true revolution of values for our children's sake."

"Not only is Jonathan Wilson-Hartgrove one of my best friends, he is also one of the most dynamic Christian leaders in the United States. Rooted out of his Rutba House community in North Carolina, Jonathan has become one of the most prominent leaders in the moral movement and the Poor People's Campaign with Rev. William Barber, and a shining star in the revolution of Jesus around the world. His newest book is a call to join the revolution."

"We are witnessing the climax of America's longest war—the culture war. Born in the nascent years of both Ronald Reagan's presidency and the religious Right, Jonathan Wilson-Hartgrove was a trained culture warrior—until he turned coat and ditched the delusion of moral grandeur revealed by mercenary politics. Revolution of Values is a gift to every person straining for clarity in the fog of the culture war's climax. Read this book. Share it. Talk about it. Both the witness of the church and the future of our nation depends on our capacity to see through the fog right now."

"Revolution of Values is a clarion call for those who believe in the liberation message of Jesus. The book upends the association in the United States of Christianity with the religious Right and offers a powerful Christian vision for a more just world. Wilson-Hartgrove takes the battle straight to those who have hijacked the gospel for their own selfish ends. I am fired up after reading it! I suspect you will be too."

"Revolution of Values puts words to the inarticulate frustrations, confusion, and righteous anger many have felt in response to the increasingly visible distance between the teachings of Jesus Christ and the actions of his followers. Jonathan Wilson-Hartgrove aims a pointed critique at the way some Christians have weaponized the Bible to promote policies that work against the poor, the immigrant, and people of color. He puts a face to the systemic and institutional abuses that have occurred over the past several decades by sharing the stories of people he personally knows. This book encourages all of us to work for nothing less than a revolution in our morality that will usher in more justice, equity, and love in the twenty-first century."

Jemar Tisby, president of The Witness, author of The Color of Compromise

"Jonathan Wilson-Hartgrove's urgent message for the church is both a return to Jesus and a call for the body of Christ to no longer be held captive by the politics of our day. Revolution of Values returns to the heart of the Christian message—to follow Jesus, love our neighbor, bless those who persecute us, and pursue justice on behalf of the least of these. Revolution is an inspiring and prophetic book at a critical time in our country's history!"

"Revolution of Values promises to be a conversion experience for Christians seeking to live faithfully in an era in which our faith has been hijacked for partisan gain, obfuscating the teachings at the very heart of the gospel. It's a critical read for those coming out of the wilderness of white Christianity's captivity to political operatives. This is a clarion call for us to return to Jesus' mission bring good news to the poor and freedom to the oppressed."

Introduction: Moral Clarity and the Fog of War
1. Wade in the Water
2. The Wisdom of Poor Women
3. Give Us the Ballot
4. Lord, Prepare Me to Be a Sanctuary
5. Law and Order
6. A Woman's Work Is for Justice
7. Groaning with All Creation
8. Live by the Sword, Die by the Sword
9. A Revolution of Values

Evangelical Theologies of Liberation and Justice 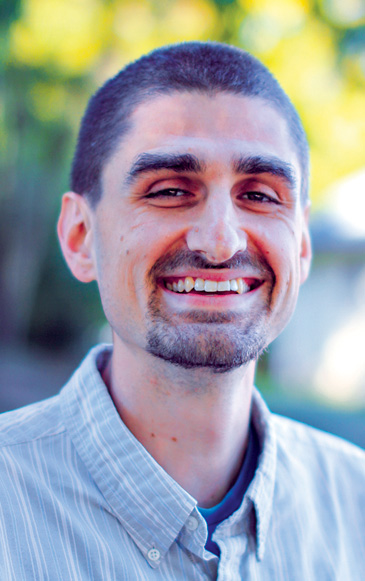