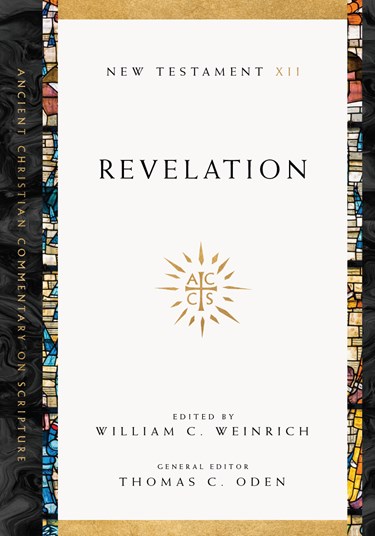 The Revelation to John—with its vivid images and portraits of conflict leading up to the formation of a new heaven and a new earth—was widely read, even as it was variously interpreted in the early church. Approaches to its interpretation ranged from the millenarian approach of Victorinus of Petovium to the more symbolic interpretation of Tyconius, who read Revelation in the sense of the universal and unitary time of the church. Tyconius's Book of Rules, deeply admired by Augustine, strongly influenced not only ongoing interpretation of Revelation but the whole of medieval exegesis.

From early on the book of Revelation was more widely accepted in the West than in the East. Indeed the earliest extant commentaries on Revelation in Greek date from Oecumenius's commentary in the sixth century, which was soon accompanied by that of Andrew of Caesarea. Earlier Eastern fathers did, however, make reference to Revelation in noncommentary works.

This Ancient Christian Commentary on Scripture volume draws heavily on the Greek commentaries from Oecumenius and Andrew of Caesarea to represent Eastern interpretation, while focusing on six other commentaries as primary witnesses to Western interpretation—those of Victorinus of Petovium, Tyconius, Primasius, Caesarius of Arles, Apringius of Beja, and Bede the Venerable. Every effort has been made to give adequate context so that the creative use of Scripture, the theological interest, and the pastoral intent can be discerned by readers today.

Amid this treasure trove of early interpretation readers will find much that appears in English translation for the first time.

The Message of Revelation

The Revelation to John 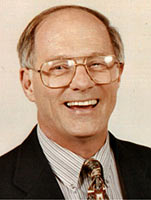 William C. Weinrich (DTheol, Basel) is currently Rector of the Luther Academy, theological seminary of the Evangelical Lutheran Church of Latvia. Additionally, he is a professor of Early Church History and Patristic Studies at Concordia Theological Seminary in Fort Wayne, Indiana. He has also served as the Third Vice President (1998-2001) and the Fifth Vice President (2001-2004) of the Lutheran Church-Missouri Synod. For over thirty years he worked as chaplain in the Indiana Air National Guard before retiring at the rank of Lieutenant Colonel. Weinrich is author of Spirit and Martyrdom: A Study of the Work of the Holy Spirit in Contexts of Persecution and Martyrdom in the New Testament and Early Christian Literature and editor of The New Testament Age: Essays in Honor of Bo Reicke. He has written many articles appearing in Concordia Theological Quarterly, Evangelical Dictionary of Theology, Logia, Issues in Christian Education, and others.