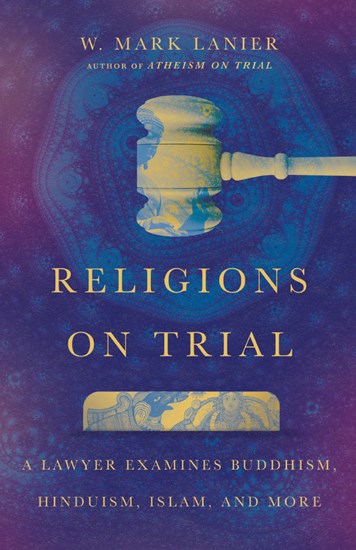 People today encounter a dizzying array of religious options. We might consider mystical faiths like Buddhism and Hinduism, historical religions like Islam and Mormonism, or more nebulous modern expressions of being spiritual but not religious or religious but not spiritual. How do we know what is true? Is one faith just as good as another?

Trial lawyer Mark Lanier presents the claims made by the world's great religions, discusses their histories, and cross-examines their witnesses (their scriptures and traditions) to determine whether their claims are worthy of belief. With his keen legal mind and methodical style, he provides a careful comparative study, highlighting key truths he finds in each religion even as he offers critiques. Treating each perspective on its own terms and weighing the worldviews for consistency and livability, Lanier assesses evidence for and against belief systems with criteria for what constitutes sufficient proof.

Believers and unbelievers alike will find here perceptive insights into how we can make sense of competing religious claims and what difference it makes for our own lives.

"Mark Lanier is a dear friend, a brilliant attorney, and a gifted student and teacher of the Scripture and early church. Put that together and you have a great combination in exploring Christianity and the religions of the world. . . . A great read!"

John Michael Talbot, musician, founder of the Brothers and Sisters of Charity, and author of The Jesus Prayer

"There are few people as equipped to test ideas as W. Mark Lanier. Here he offers a remarkable journey through many of the world's major belief systems, finding good in each but also offering fair critique where needed. Through this global tour, our guide also shows us how to recognize the true way to God."

"Mark Lanier's excellent, accessible book has much to commend it! Because Lanier believes that all the treasures of wisdom and knowledge are hidden in Christ, he readily affirms the truth wherever he finds it rather than being dismissive toward any belief held by another religion or worldview. Instead, like Paul in Athens, Lanier builds bridges where he can, connecting personally and sympathetically whenever he finds opportunity. But he wisely but humbly points out shortcomings or difficulties with religions where they prove inadequate in answering basic worldview questions and where they do not meet basic criteria for assessing the truth and coherence required of any belief system. Throughout the book, Lanier effortlessly weaves together his own legal experience, powerful illustrations, and the rational and existential reasons for the Christian faith as he engages the tenets and practices of the world's leading religions."

"Even as the unexamined life is hardly worth living, the unexamined faith is hardly worth having. In this volume, skilled, seasoned, and successful trial lawyer W. Mark Lanier examines seven religions/religious experiences by asking the same six questions of each. While identifying truth(s) in each, he also finds each to be wanting for various reasons and in sundry ways. If you are willing to think carefully and critically about faith(s), including your own, then I commend to you Religions on Trial. In a world marked by religious pluralism and marred by political polarization, Lanier's gracious apologetic, which can be both educative and formative, is a gift, not least to Christian communities."

"Mark Lanier artfully builds a case for Christianity, framing his argument and presenting his evidence as he would in one of his many auspicious court cases. Thought-provoking, well-organized, and razor-sharp, this tome of apologetics makes a case for faith in Jesus and gives the reader language and context to help defend our faith. No wonder Mark Lanier is a fierce opponent in court! Religions on Trial should give Christians encouragement that Lanier is on our side!"

"Mark Lanier, courtroom attorney by day and biblical scholar by night, has done it again! In Religions on Trial we are seated as the jurists, and Lanier gives us the tools to assess the major world religions Christian readers bump up against in everyday living. I found the chapters on Islam, Mormonism, spiritual secularism, and secular Christianity to be most compelling. This book will serve as a reference I return to again and again in both my work with students and in the local church."

"Religions on Trial is a must-read for those interested in the world's major religions and their truth claims. Lanier draws on his extensive courtroom experience as he respectfully and evenhandedly examines each religion's views on reality to establish the reliability of its assertions. Lanier's authentic friendships with people from various religions provide an excellent model for interreligious conversations. Religions on Trial has no hard edges or axes to grind; Lanier asks honest questions in pursuit of the truth."

"With the mind of a lawyer and the expertise of a biblical theologian, Mark Lanier winsomely engages the truth and reliability of other religions, both formal and informal. His careful use of logic, historical testimony, the rules of evidence, consistency, and common sense make this very thoughtful work not only a highly readable introduction to the well-known religions of the world, but a fair and insightful analysis of their coherence and intellectual viability as well. It is a pleasure to recommend this volume to students, laypersons, and pastors."

"W. Mark Lanier brings the insight and exactitude of an attorney into the often-nebulous questions of religions and belief. Religions on Trial walks through major historic faiths and recent spiritual trends with careful analysis. It's a helpful resource to seek to understand not just religions but your neighbors."

How Reason Can Lead to God

The Gospel in the Marketplace of Ideas

Philosophical Foundations for a Christian Worldview 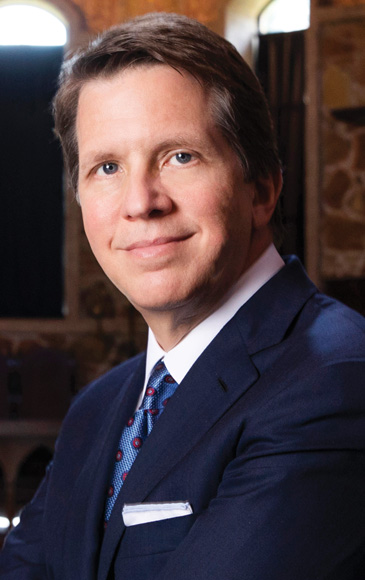 W. Mark Lanier (JD, Texas Tech University) is an attorney, author, teacher, pastor, and expert story teller. He founded the Lanier Law Firm and has received numerous awards such as the American Association of Justice's Lifetime Achievement Award and the National Trial Lawyers Association's Trial Lawyer of the Year Award. Mark has appeared in publications such as The Wall Street Journal and The New York Times, as well as on news shows on CNBC, Fox Business News, ABC, and other networks. He is the author of Christianity on Trial and Atheism on Trial and is the founder of the Christian Trial Lawyers Association. He also teaches a weekly, 750-plus-member Sunday school class focusing on biblical literacy.