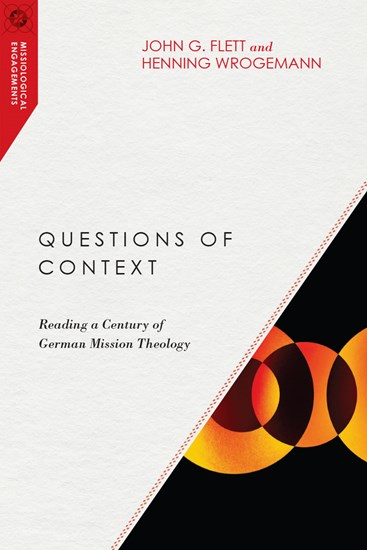 The gospel is for every tribe, tongue, and nation (Revelation 7:9), but there is no single biblical or theological model for the relationship between the gospel and these diverse cultures. Indeed, every suggested approach carries its own range of philosophical and theological commitments that all too often remain unexamined. Contextualization is fraught with challenges—yet wrestling with questions of context is essential for how we understand mission, theology, and the embodiment of the Christian faith.

German missiology has engaged these questions in a variety of ways that can both inform and critique Anglo-American traditions. In this compilation and analysis, John Flett and Henning Wrogemann translate and comment on a core thread of German missiological works, explaining both their historical and current significance. Drawn from journals and books across a century of academic discourse, these classic writings trace developments from Gustav Warneck, the father of contemporary missiology, through key thinkers such as Karl Hartenstein, who coined the term missio Dei, down to twenty-first century discussions of intercultural hermeneutics. Along the way they reveal advances, mistakes, and changing definitions as German missiologists interacted with the cultural and political realities of their time.

This longitudinal study, showcasing many texts available in English for the first time, tackles the history and dynamics of contextualization head-on and sheds new light on the state of missiology today. We are reminded, Flett and Wrogemann argue, that we must keep working to honor difference within the worldwide Christian community as necessary to the fullness of our being in Christ.

"Flett and Wrogemann offer a guided tour through insightful analysis and primary documents (translated to English) that demonstrate and analyze the changing thought patterns and approaches taken by German missiology during a century that ranged from the triumphal World Missionary Conference (1910) through the horrors of two world wars (including the rise of the Third Reich) and the demise of colonialism and colonialist missiological thought and practice. The century concluded with the initial development of intercultural theology as the best approach to engage the increasingly polycentric and pluriform nature of church and mission. In its contemporary manifestation, intercultural theology is posited as the best path forward for both the theory and praxis of mission today. In sum, Questions of Context offers an accessible, concise, and enlightening tour of mission thinking and practice through the eyes of German missiology over the course of the twentieth century."

"This interrogation of 'culture' in German missiology is long overdue in the English-speaking world, which has appropriated the concept of peoples being wedded to cultures without regard for its complicity with Nazism. Constructively, this careful historical and documentary approach explains the important development in continental Europe of missiology as intercultural theology. A must-read for the sake of world Christianity."

Kirsteen Kim, professor of theology and world Christianity, associate dean for the Center for Missiological Research at Fuller Theological Seminary

"Flett and Wroggemann provide for the first time to English readers not only access to landmark essays but also an insightful analysis of developments in German missiology from the twentieth century to the present. These discussions have followed a somewhat different path than in Anglo-American missiology. Thus, even to those who disagree with the authors' conclusions, this volume opens up new horizons for framing the issues."

"All through the twentieth century, German missiologists made important contributions to missiological reflections on culture and contextualization. Studying these contributions is crucial for anyone who seeks to understand contemporary missiological debates. In this very accessible yet thorough volume, Flett and Wrogemann present the foundational texts of German missiology, demonstrating beyond doubt that these texts cannot be ignored. Its structure renders it very suitable for use in academic teaching, while professional missiologists and students of world Christianity will benefit from the lucid introductions and analytical sections. Warmly recommended!"

"With this work Flett and Wrogemann have built a solid bridge between English-language and German-language missiology. They right away make mission theologians, who thought and wrote missiology in German, walk this bridge; they send them off in pairs or small groups; they create vivid discussions on mission. On the other side of the bridge they hand them over to the reader, each time with a brief yet sharp analysis, and then off they are, these men and two women on their way to further engage with the reader. This book challenges the reader to rethink histories and mission histories of the last century—with its two world wars and intensified intercultural encounters—through mission theology. This book is an invitation to design courses on missiology written in other languages than English! It is a book of excellent missiological engagement and exchange."

"The discipline of missiology has been one of the major drivers of the growing awareness of the need for intercultural theological exchange. At the same time, missiology has in other respects become more monochrome because of the dominance of the English language. Flett and Wrogemann have done us a great favor by making a selection of insightful German missiological contributions available in English and placing them in context with their careful introductions and conclusions. In the mirror of this missiological tradition we discover that understandings of mission and contextualization are themselves also shaped by their particular contexts. Their contextual limitations or even distortions remain hidden unless we engage in intercultural conversations about contextualization itself."

Acknowledgments
Introduction: Is It Possible to Abandon Contextualization?
1. At the Beginning of German Mission Theory
2. Grounded in the Orders of Creation
3. Eschatology and Agency
4. The Widening of Horizons
5. Hermeneutics, Communication, and Translation
6. Intercultural Theology
Conclusion: The Proper Complexity of Context
Bibliography 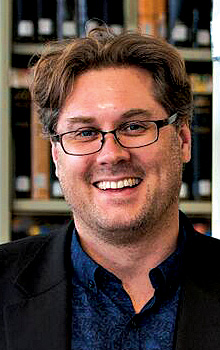 Henning Wrogemann (DTheol, DHabil, Ruprecht-Karls University of Heidelberg) is a world-renowned missiologist and scholar of religion. He holds the chair for mission studies, comparative religion, and ecumenics at the Protestant University Wuppertal/Bethel in Germany, where he also heads the Institute for Intercultural Theology and Interreligious Studies. He is the author of Intercultural Theology.

Previously, Wrogemann served as a pastor in northern Germany, as the senior lecturer for missiology and comparative religion at the Mission Seminary Hermannsburg, and as a member of the mission board of the Evangelical Lutheran Mission in Lower-Saxony, Germany.