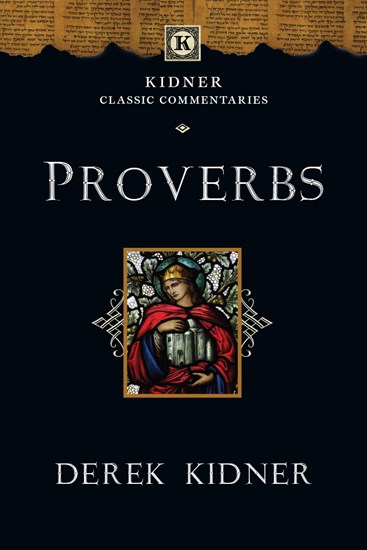 Proverbs—a book full of wisdom, and yet a book demanding all one's wisdom to understand. Derek Kidner has not only provided a running commentary on the whole of Proverbs, but has also included two helpful study aids: a set of subject guides that bring together teaching scattered throughout the book, and a short concordance that helps locate lost sayings (in territory notoriously hard to search) and encourages further subject studies. In short, this volume is a wise person's guide to wisdom.

The Wisdom of Proverbs, Job & Ecclesiastes

How to Read Proverbs

Derek Kidner (1913–2008) was warden of Tyndale House, Cambridge. He wrote several volumes in the Tyndale Old Testament Commentary series, including those on Genesis, Ezra and Nehemiah, Psalms, and Proverbs.

Kidner's works are full of the marks of both professor and pastor with his even­handed scholarship as well as his devotional insight. These qualities have made his commentaries in the Tyndale Old Testament Commentary series and The Bible Speaks Today series some of the most beloved and popular of recent decades. Kidner had a long career in both the church and the academy in England. He studied at Cambridge University and then served in the ministry for several years before becoming a senior tutor at Oak Hill Theological College. Kidner began his writing career while serving as warden of Tyndale House in Cambridge from 1964 to 1978, publishing his ninth and final book, The Message of Jeremiah, in 1987.