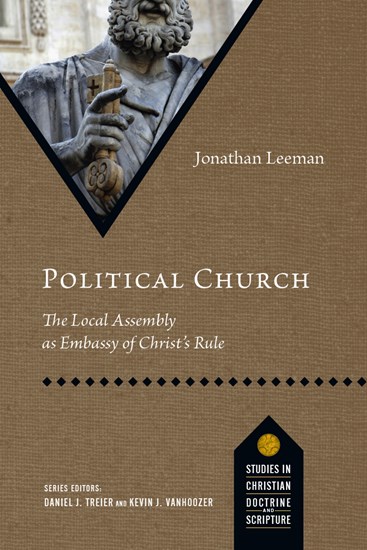 The Local Assembly as Embassy of Christ's Rule

Studies in Christian Doctrine and Scripture

The church is political.

Theologians have been debating this claim for years. Liberationists, Anabaptists, Augustinians, neo-Calvinists, Radical Orthodox and others continue to discuss the matter. What do we mean by politics and the political? What are the limits of the church's political reach? What is the nature of the church as an institution? How do we establish these claims theologically?

Jonathan Leeman sets out to address these questions in this significant work. Drawing on covenant theology and the "new institutionalism" in political science, Leeman critiques political liberalism and explores how the biblical canon informs an account of the local church as an embassy of Christ's kingdom. Political Church heralds a new era in political theology.

"Leeman's well-argued book is a welcome reminder that the full reality of the church is to be found in the local congregation. I cannot imagine that his book will not become a standard work in this area of theological inquiry."

"This is a very important book. Impressive in the depth and breadth of its sources, Political Church offers a fresh, cogent and well-informed model that deserves wide attention. Situating his arguments in past and present debates, Leeman formulates a unique paradigm for understanding simultaneously the nature of the church and its relation to the kingdoms of this age. Political Church is an example of a new level of evangelical reflection and serious engagement."

"Difficult issues related to church, state and religious freedom arise on a daily basis and fill our newspapers and inboxes. In Political Church, Jonathan Leeman offers a way forward that we would do well to read and consider. The virtues of this book are considerable, ranging from its institutional reading of Scripture and the larger society to its trenchant critique of liberalism, with the latter's exaltation of the expansive self and its wants."

"Jonathan Leeman is one of the most careful, intelligent and skilled theological minds of our day, particularly in matters of ecclesiology. This new volume is a courageous defense of the centrality and indispensability of the local church. Political Church is a model for sound exegetical, biblical and systematic theology that makes a powerful argument. For anyone thinking seriously about ecclesiology, local church ministry, the relationship between church and state, or even religious liberty, this volume is a brilliant resource."

"The church, we are sometimes told, is a fellowship, not an institution. Jonathan Leeman makes us think again. Broad-ranging, deeply biblical, widely informed both theologically and politically, Political Church is a fine and statesmanlike contribution that deserves our careful attention. We need to capture the vision of the local church as an embassy of Christ's rule. This is just what the author enables us to do."

"An incisive and distinctly evangelical contribution to political theology, Leeman's Political Church supplants the tired dichotomies of classical liberalism by recapturing the church's unique political ontology as a community with a message that is also at the same time an institution with keys to the kingdom. To bear witness to the rule of Christ is also to represent him publicly to the world. Leeman's account is impressively well-judged and advances a conception of church as embassy that those who take the rule of Christ seriously cannot afford to overlook. Essential (and edifying!) reading."

"Jonathan Leeman in this profound and important work argues that Christ is Lord of all, that he rules both in the church and in the public square. At the same time, Leeman unpacks for us the differences between the political sphere and the realm of the church. The implications for our ecclesiology are spelled out in a noteworthy way. Here we find robust biblical and systematic theology deftly applied to our role as citizens and church members."

"Political Church has laid a remarkable foundation for further dialogue."

"This book, which will be a field standard text in political theology for a new generation of students, gives evidence of scholarly rigor and biblical fidelity as Leeman argues that the local church is a profoundly political assembly, and that the story of the world finds its destiny in Christ's coming kingdom rather than in the rise of democratic modernism."

"For Christians who want to think deeper and more biblically about the nature of the church and its relationships to politics and government, Political Church will reward you." 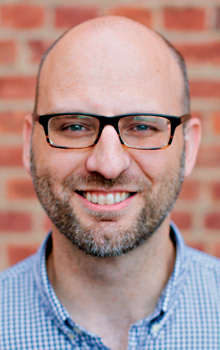 Jonathan Leeman (PhD, University of Wales) is the editorial director for 9Marks, an organization that produces church leadership resources in Washington, DC. He is the author of The Church and the Surprising Offense of God's Love and Church Membership: How the World Knows Who Represents Jesus, as well as the editor of The Underestimated Gospel. He is also an occasional lecturer at Southeastern Baptist Theological Seminary and an adjunct teacher for The Southern Baptist Theological Seminary. After earning undergraduate and graduate degrees in political science, Leeman began his career in journalism working as an editor for an international economics magazine. Since his call to ministry, he has earned an MDiv and a PhD in theology and worked as an interim pastor. He currently serves as an elder at Capitol Hill Baptist Church and lives with his wife and four daughters in a suburb of Washington, DC.