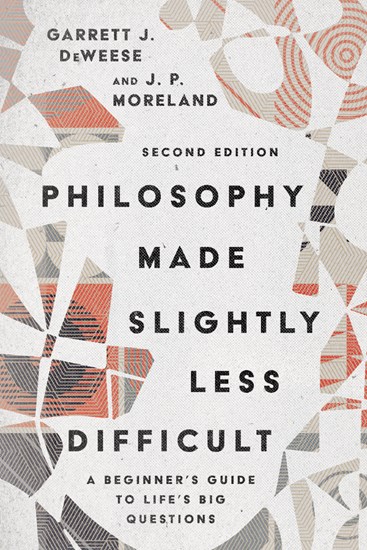 Philosophy is for everyone. We think philosophically whenever we ask life's big questions:

Philosophy is thinking critically about questions that matter. But many people find philosophy intimidating, so they never discover how invaluable it can be in engaging ideas, culture, and even their faith.

Garrett DeWeese and J. P. Moreland understand these challenges, and in this book they apply their decades of teaching experience to help to make philosophy a little less difficult. Using straightforward language with plenty of everyday examples, they explain the basics needed to understand philosophical concepts—including logic, metaphysics, epistemology, ethics, philosophical anthropology, and philosophy of science.

This second edition includes new chapters on aesthetics and philosophy of religion, as well as updated content on some current issues in philosophy. Ultimately, DeWeese and Moreland argue, developing a philosophically informed worldview is absolutely critical for Christians and for the future of the church. Students, pastors, campus workers, and ordinary Christians will all benefit from this user-friendly guide.

"This book, written by two men who are both high-level philosophers and exemplary Christians, will serve to initiate neophytes into the significance, joys, and challenges of philosophy as well as offer journeymen philosophers (such as myself) a rich banquet of philosophical reflection. I applaud the inclusion of new chapters (on aesthetics and the philosophy of religion) to this edition."

"I think the title of this book is misleading. DeWeese and Moreland, who have trained countless students to think clearly and pursue truth, don't make philosophy slightly less difficult, they make it incredibly more accessible. It is no easy task to simplify without being simplistic, to explain without short-selling the essentials, but by succeeding they've served us all well."

John Stonestreet, president of the Colson Center for Christian Worldview and host of BreakPoint

"Fuzzy thinking leads to careless living. This is true even for Christians. The world cries out for meaning but many believers remain silent, embarrassed by their shallow faith. Philosophy Made Slightly Less Difficult is a boot camp for the mind led by two 'drill instructors' who are at the same time highly respected philosophers and committed Jesus followers. DeWeese and Moreland help the reader think more clearly about thinking and also about reality, knowledge, ethics, and the good life. Don't read this book just to have your mind tickled. Read it to sharpen your thinking so you can love God with all of your mind."

"In my opinion, Philosophy Made Slightly Less Difficult is unrivaled among introductions to philosophy—Christian or not. DeWeese and Moreland cover all the philosophical terrain with clarity, depth, and insight. More than that, they weave their conclusions into a fully integrated, captivating, biblical world picture. This is a rarity—certainly not something you can do on your own. The result is a Christian and intellectual tour de force. I have assigned this book to students for fifteen years and more. I can tell you this with confidence: it will sharpen your thinking and increase your faith. It is indispensable for prevailing in our spiritually troubled times."

"Philosophy is never an easy subject to master, but it can be made easier! Here two well-known, well-respected, and excellent philosophers, Garrett DeWeese and J. P. Moreland, provide an outstanding roadmap that attempts to do just this—provide an overview with easier explanations and punctuated with many examples and illustrations to help along the way. Highly recommended!"

"Here's your chance to learn the fundamentals of philosophy in an accessible, easy-to-understand format. In the end, you'll wonder how you ever got along without this essential foundation to your faith."

Lee Strobel, author of The Case for Christ and God's Outrageous Claims

"If you want clear thinking on thinking clearly, this book's for you. DeWeese and Moreland undertake an ambitious project, explaining philosophy to nonphilosophers, with a good sense of subject and audience. Readers receive a working introduction to philosophical vocabulary and concepts in an accessible, applied style. It requires effort (they promised it would be only slightly less difficult!), but the reward is greater clarity on what is real, true, and good—a worthy goal for any Christian."

"Few writers in philosophy are as accessible to the novice as Garrett DeWeese and J. P. Moreland. Once again, they have filled a great need for an introduction to philosophy in Philosophy Made Slightly Less Difficult, second edition. Two features contribute to making this book an excellent introduction. First is its comprehensiveness. With the addition of two new chapters on aesthetics and philosophy as well as the expansion of a number of other chapters, the book now covers a host of subjects on the traditional topics in philosophy. The metaphysics chapter itself is worth the price of the book. Second, they write in such an accessible style that it makes philosophical discussions not only clear but also enjoyable to read. The book is full of excellent examples and illustrations that clarify many philosophical concepts. I would highly recommend this book to anyone interested in the basics of philosophy and would especially recommend it as a text for an introduction to philosophy. I plan to use it for my future classes."

Mark W. Foreman, professor of philosophy and religion at Liberty University and coauthor of How Do We Know?
More

Acknowledgments
Preface to the Second Edition

1. Where Do I Start?
2. What Is Real? Metaphysics
3. How Do I Know? Epistemology
4. How Should I Live? Ethics
5. What Am I? Philosophical and Theological Anthropology
6. How Should Christians Think About Science? Philosophy of Science
7. What Is Beauty? What About Art? Aesthetics
8. What Should We Worship? Philosophy of Religion
9. Where Do I Go from Here? Worldview Struggle and Intellectual Crisis

How Do We Know?

Philosophical Foundations for a Christian Worldview 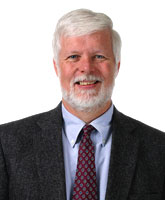 Garrett J. DeWeese (PhD, University of Colorado; ThM, Dallas Theological Seminary) is professor of philosophy and philosophical theology at Talbot School of Theology, Biola University, in La Mirada, California. He has also taught at Dayspring Center for Christian Studies, University of Colorado, Denver Seminary, and Institut Biblique Européen (France). He is the author of God and the Nature of Time and Doing Philosophy as a Christian. 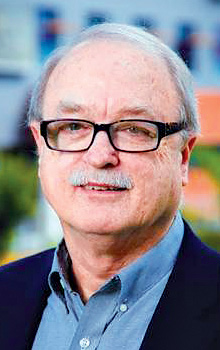 J. P. Moreland (PhD, University of Southern California) is distinguished professor of philosophy at Talbot School of Theology, Biola University. His many books include The God Conversation, Philosophical Foundations for a Christian Worldview, In Search of a Confident Faith, and Love Your God With All Your Mind.