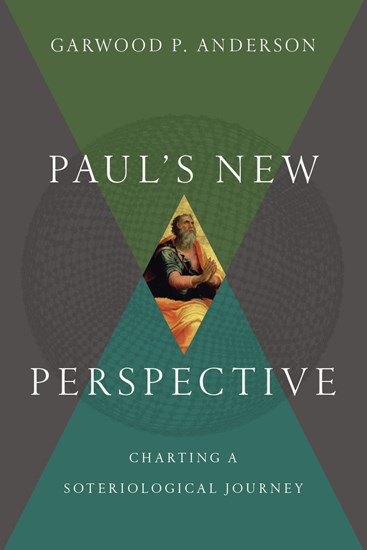 The debate between proponents of the old and new perspectives on Paul has been followed closely over the years, consolidating allegiances on either side. But the debate has now reached a stalemate, with defectors turning to apocalyptic and other solutions.

Garwood Anderson recounts the issues and concludes that "both 'camps' are right, but not all the time." And with that teaser, he rolls up his exegetical sleeves and proceeds to unfold a new proposal for overcoming the deadlock.

But in a field crowded with opinions, could anything new emerge? Anderson's interaction with Paul and his interpreters is at the highest level, and his penetrating and energetic analysis captures attention. What if Paul's own theological perspective was contextually formed and coherently developed over time? Have we asked justification to carry a burden it was never meant to bear? Would fresh eyes and a proper sequencing of Paul's letters reveal Paul's own new perspective? Might we turn a corner and find a bold and invigorating panorama of Pauline soteriology?

This is a Pauline study worthy of its great theme, and one that will infuse new energy into the quest for understanding Paul's mind and letters.

"Garwood Anderson has mastered the literature produced by the traditional, new, and post-new perspectives on Paul. Rightly casting his lot with recent proponents of a both-and rather than an either-or approach, Anderson offers a via media with a developmental twist: an evolving soteriology as the thirteen letters were penned. Readers of this perceptive critique and set of creative proposals, presented with rhetorical dexterity, will be enlightened and challenged to rethink a range of topics in Pauline soteriology."

"In the labyrinth of interminable discussions about Paul and his views on the interrelated matters of salvation, the law, covenant, grace, faith, Judaism, and early Christianity, we finally, finally have a fair and balanced guide through the new and old perspective maze. Garwood Anderson's Paul's New Perspective should be on the top of everyone's reading list. It is clear, fair, and sees the merits of both sides of the argument. It does not caricature anyone's views and it comes to sane, sober, and convincing conclusions time after time. Highly recommended."

"Casting scholarly timidity to the wind, Garwood Anderson's engaging book takes up the question of the 'center' of Paul's theology—and whether Paul discovered and articulated it from the beginning of his ministry or developed it over the course of many years and letters. It is normal to find books that discuss Pauline chronology, the literary and theological shape of particular passages or the texts' theological 'afterlife' in the history of the church. It is rare to find books that do all these things at once—and do them with such verve and sophistication that one is reminded yet again why wrestling with Paul is so invigorating."

"Garwood Anderson's study of Paul's soteriology charts a bold course over the troubled seas of Pauline debate and among darkened clouds of theological dispute. He successfully shows that there is a way forward in the disputes about 'justification' and 'ethnicity'—a way beyond the entrenched dogmatism and intractable polarities that have emerged. Anderson brings us to a peaceful oasis where the treasures of the old and the freshness of the new come together. Among his insights are the multidimensional nature of union with Christ and the overlooked significance of Paul's sacramental realism for informing this discussion. This book is not the final word in the debate, but it is a good word—one that hopefully moves the discussion about Paul, justification and the New Perspectives along."

"Anderson's book is . . . a breath of fresh air, and it is a pleasure to think through Paul reading it."

"This book will be of value to Pauline scholars who are invested in the TPP and the NPP, as well as new Pauline readers who desire to gain a 'lay of the land.'" 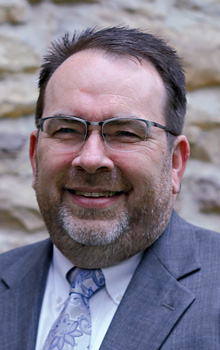